The practice of arms control and the verification of treaties and agreements are not isolated from ongoing technological changes. The same applies to issues of nonproliferation and counterterrorism.  The impact of cyber-technologies can be difficult to grasp.  One implication is that it has become harder to hide weapons programs. Currently the tools for analyzing massive amounts of information to develop a better understanding of developments are available.  Through social media, different publics have taken on the verification challenge. This has led to a better understanding of the human terrain of illicit activities, because social networks can draw attention to routine and abnormal events.  Although the world has become smaller, new technologies can also assist in hiding activities.  Dual use technologies have evolved, making it harder to separate normal civilian activities from those integrated into WMD programs. The event will focus on the ways of navigating the rapidly evolving technological front of arms control.

Speaker: Rose Gottemoeller, Assistant Secretary for Arms Control, Verification and Compliance, Acting Under Secretary for Arms Control and International Security, the United States of America
The Under Secretary of State, Rose Gottemoeller, Acting, serves as Senior Adviser to the President and the Secretary of State for Arms Control, Nonproliferation, and Disarmament. She was the chief U.S. negotiator of the New Strategic Arms Reduction Treaty (New START) with the Russian Federation, which entered into force on February 5, 2011. In 2000, she became a senior associate with the Carnegie Endowment for International Peace, where she also served as the Director of the Carnegie Moscow Center (January 2006 – December 2008). In 1998-2000, at the Department of Energy, she was responsible for all nonproliferation cooperation with Russia and the Newly Independent States. Ms Gottemoeller has also held various positions at research institutes. Among others, she served for 3 years as Deputy Director of the International Institute for Strategic Studies in London. From 1993 to 1994, she served on the National Security Council being with responsibility for denuclearization in Ukraine, Kazakhstan, and Belarus. Ms. Gottemoeller received a M.A. from George Washington University.
Comments and Chair: Dr Mika Aaltola, Programme Director of the Global Security research programme, the Finnish Institute of International Affairs

Programme director of the Finnish Institute of International Affairs Dr Mika Aaltola opened the seminar. He welcomed the key note speaker Rose Gottemoeller to the seminar and introduced her as one of the most experienced persons in the field of arms control.

Gottemoeller began her speech by saying that Finland has been a strong partner for the United States in pushing for a safer, more secure world, whether through diplomacy, peacekeeping or arms control efforts. She mentioned that it has been over 3 years since President Obama made his now-famous speech in Prague, in which he stated that the United States would seek the peace and security of a world without nuclear weapons. The Prague Agenda is a step by step path to the elimination of nuclear weapons. Gottemoeller has worked on one step in that path – the New START Treaty which has now been in force for over 18 months and its implementation is going very well. Both the United States and Russia are benefitting from the enhanced predictability it provides, which in turn enhances security for both nations and the world. In the context of moving the President’s overall nuclear policy agenda forward, the entry into force of the New START is just the beginning.

Gottemoeller went on by saying that it is clear that there will be new challenges facing us concerning the reductions. We have not tried to limit non-deployed or non-strategic weapons before, which President Obama called for the day he signed the New START. We are thinking about how we would verify reductions in those categories and people have different ideas about what terms like ‘non-strategic’ even mean. Even more complicated: the lower the numbers of nuclear weapons and the smaller the components, the harder it will be to effectively verify compliance.

Gottemoeller has challenged herself to think about how we use the knowledge from our past together with the new tools of the information age. It is not quite clear how to incorporate these advancements in technology into an effective verification regime. She also mentioned Finland’s role in innovation in the information age and Nokia’s revolutionary development from rubber boots to cellular phones. It is this kind of creativity and adaptability that will be needed as we think about how to verify reductions going forward.

Social verification can take place on a scale that moves from active participation, like public reporting and crowd-sourced mapping and analysis, or to passive participation, like ubiquitous sensing or data mining and analytics. On this scale, the open source information technologies in use can improve arms control verification in at least two ways: either by generating new information, or by analyzing information that is already out there. In addition to collecting useful data, the ability to identify patterns and trends in social networks could aid the arms control verification process. In the most basic sense, social media can draw attention to both routine and abnormal events. As an example she mentioned an “earth shake” application in tablets. When a whole network of tablets, that are dispersed randomly around the country, are shaking at virtually the same time, it tells you that something has happened and can help you to geo-locate the event. This is called “ubiquitous sensing,” that is, collecting data and basic analysis through sensors on smartphones and other mobile-computing devices. These sensors would allow citizens to contribute to detecting potential treaty violations, and could build a bridge to a stronger private-public partnership in the realm of treaty verification.

Next, Gottemoeller stated that there are technical, legal and political barriers ahead that would need to be overcome—no easy feat to be sure. On the technical front, it would be necessary to work together to make sure nations cannot spoof or manipulate the public verification challenges that they devise. We also have to bear in mind there could be limitations based on the freedoms available to the citizens of a given country. On the legal front, there are many questions that must be confronted about active vs. passive participation, e.g. how can we prevent governments from extracting information from citizens without their knowledge, or manipulating results collected in databases? On the political front, we cannot assume that information will always be so readily available. As nations and private entities continue to debate the line between privacy and security, it is possible to imagine that we are living in a golden age of open source information that will be harder to take advantage of in the future. In the end, the goal of using open source information technology and social networks should be to add to our existing arms control monitoring and verification capabilities, not to supersede them.

Finally, Gottemoeller noted that as governments around the world work to enhance and expand arms control and nonproliferation efforts, everyone’s help is needed to find new ways to use the amazing information tools at our disposal. It is increasingly apparent that every tool we have is needed, and many have not yet been developed or perhaps even thought of, to fulfill the Prague Agenda.

In his comments, Dr Mika Aaltola presented and discussed cyber as a political space and the influence of social media in arms control. Cyber exists in our everyday actions and practices. The main characteristic of this is the social media through which people are connected. He mentioned that the flow of information also relates to power. We face new type of political activity and ways of power. States are becoming less central and people are living in a “mouse click community”. Cyber space diffuses power and the formation has changed to ad hoc and spontaneous type. For example, Twitter represents the spontaneous nature of this power. Cyber power has inherent dynamics that challenge states, and also one characteristic is the global division of power. The not so positive activities are for example the open windows for cyber space weapons of mass destructions and how to regulate arms of this type.

The questions and answers session touched upon the issue of international monitoring systems. Gottemoeller said that the international monitoring system is 89 % ready. She noted that a lot of experience has been gained from the past and the systems of verification are now better. Also the role of social media was discussed. Gottemoeller reminded that Twitter and Facebook are not the only sources of information, but the role of Youtube, uploading photos and television programmes are important as well. There was also a question on tactical nuclear weapons, to which Gottemoeller answered that a natural step is the further elimination of non-strategic nuclear weapons and hoped for a careful assessment in NATO. The next step is to proceed to develop transparency in nuclear weapons. 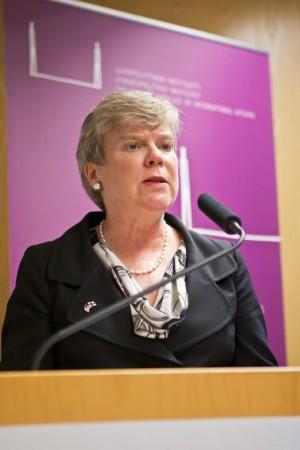 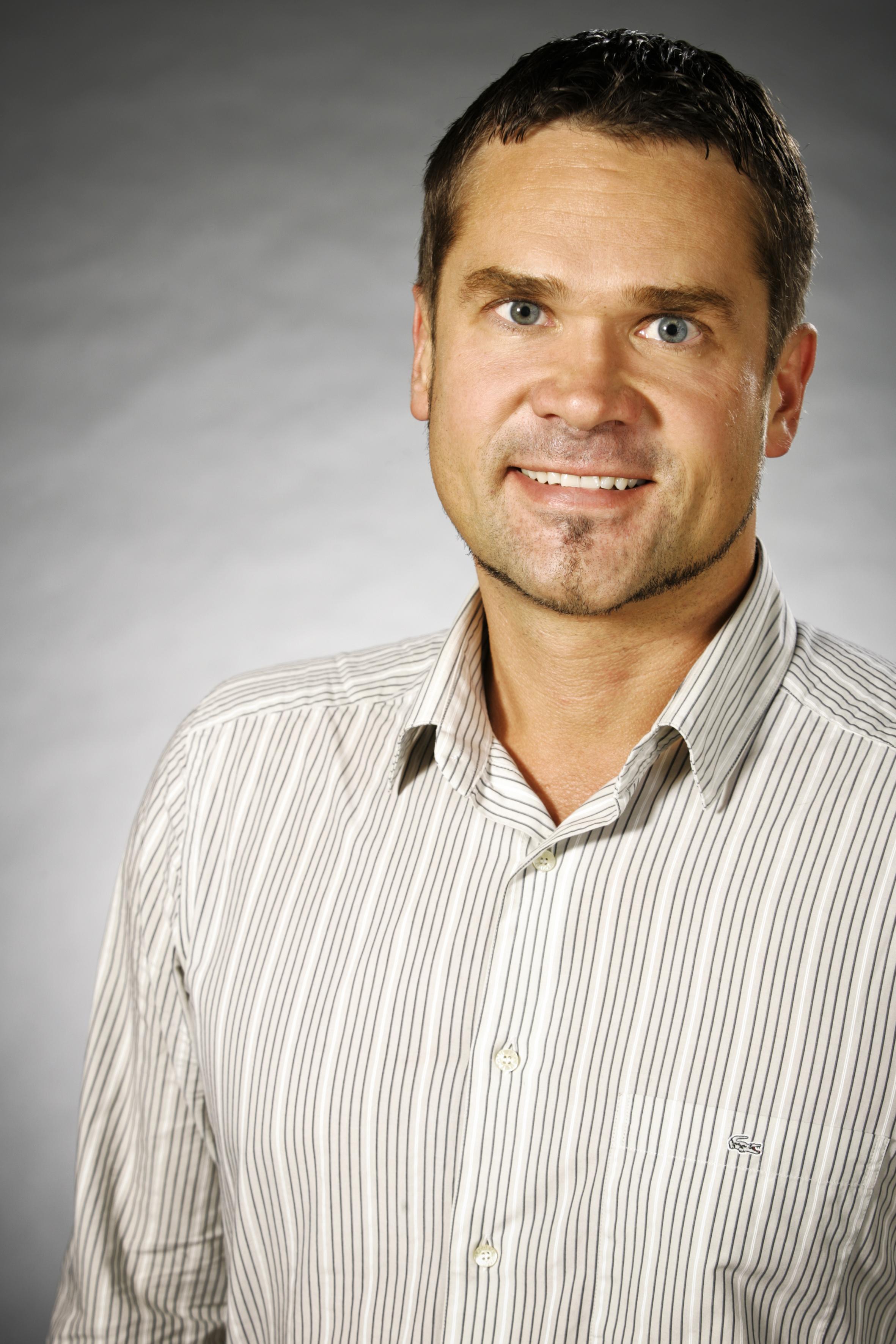 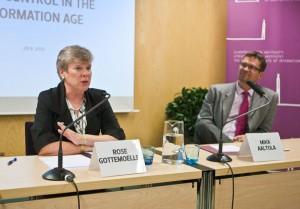