At the end of 2013, security tensions between China and Japan escalated over a small chain of uninhabited islands in the East China Sea.  Known as Senkaku in Japan and Diaoyu in China, the islands are claimed by both Asian powers, but have been under the control of Tokyo since the early 1970s. Last November, Beijing declared an Air Defense Identification Zone over the islands to stake its claim over the territory. This sparked a strong rebuke from Japan, which sent military planes through the zone in response. Relations soured further in late December after Japan’s Prime Minister, Shinzo Abe, visited the Yasukuni Shrine.  The visit only served to disturb already troubled waters between China and Japan over the islands dispute. What are the historical claims of China and Japan to the islands? Could the dispute really lead the world’s second and third largest economies into a military conflict? Will the standoff continue or are there solutions to calm rising tensions?

FIIA Senior Research Fellow Jyrki Kallio opened the seminar dealing with the Senkaku/Diaoyu Islands dispute, noting that the event organised by FIIA also doubled as a keynote lecture in the framework of the Annual Conference of the Nordic Association for the Study of Contemporary Japanese Society. He found the topic highly relevant for the future of Asia. Even if the media attention is now on Ukraine, the crisis there also has repercussions on Asia. The protection of geopolitical spheres of influence has been less dormant in Asia than in the West, and Putin’s rhetoric might have a familiar ring in East Asia, he remarked.

Mr Kallio invited Dr Shōgo Suzuki to take the floor. His presentation dealt with the historical claims to the islands, the 2012 standoff, and future scenarios. He first looked at Japan’s historical claims. Japan maintains that there is no dispute. From 1885 onwards, surveys carried out by Japan found the islands to be uninhabited and not belonging to anyone. According to Japan, they were neither part of Taiwan nor of the Pescadores Islands. China expressed no objection to US administration of the islands under the San Francisco Treaty. When the United States (which refuses to take a side in the issue of sovereignty over Senkaku) returned the Ryūkyū islands (Okinawa) to Japanese administration, the Senkaku Islands were included. The government of China and Taiwan only began making their claims in the 1970s.

On the other hand, China’s position is that the Diaoyu Islands are Chinese territory, discovered and named as early as 1403. According to China, Japan stole the Islands during the Sino-Japanese war 1894-5. Meiji government records imply that Japan recognised Chinese territorial claims. The islands were ceded to Japan along with Taiwan, and should have been therefore returned after 1945. The US illegally turned the islands over to Japan, China contends.

Dr Suzuki then turned to the weaknesses of these claims. Japan’s position is undermined by the fact that there is no document to show the 1895 cabinet decision to incorporate the islands, or a document to indicate that the Meiji government had officially asserted the claims. The government did not announce the incorporation to the Qing representatives during the Sino-Japanese negotiations of 1895. On the other hand, the cabinet did discuss possible problems caused by the incorporation, and decided to proceed with caution, not because they believed the islands belonged to China, but only to avoid unnecessary problems.

As for China’s claims, Dr Suzuki pointed out that discovery itself does not constitute a legitimate claim to territory: instead what is needed is continuous effective control of the territory. What’s more, the claims made during the Ming and Qing periods are different from Westphalian notions of territoriality. Territoriality is nowadays based on clear, demarcated borders. The claims are also inconsistent: before 1971, state-produced maps made no reference to the Diaoyu Islands. The access to these maps has now been denied by the authorities. Also, until 2008 China has behaved as though Japan exclusively controlled the islands.

Next, Dr Suzuki discussed the 2012 standoff. He said it was caused most directly by then mayor of Tokyo Shintaro Ishihara, when he announced Tokyo government plans to purchase the islands. Ishihara is a populist nationalist, whose claims change constantly. His plans to purchase the islands probably had ulterior motives: China was more and more unpopular in Japan, so provoking and standing up to China appealed to nationalist sentiments. Moreover, the elections played a part: Ishihara used the historical issue to direct the focus away from more pressing issues so that he could stay in the spotlight. And since he was mayor of Tokyo, he did not have to deal with China’s anger. Instead, he put the government party DPJ in a difficult situation in order to gain political points. He was also motivated by hawkish nationalism and wanted to make Japan more assertive.

In some ways, both Japan and China fell into Ishihara’s “trap”. The Japanese government decided that nationalisation of the islands would be better than Tokyo ownership. They also feared criticism for “kow-towing” to China on the eve of the general elections. On the other hand, China failed to see that nationalisation was a matter of damage control, not an attempt to change the status quo. Beijing overreacted by sending coast guard vessels, a hardline response which played into Ishihara’s hands. China also had a simplistic image of Japan under the control of “right-wing elements”.

To the question whether both sides want war, Dr Suzuki’s answer was an overwhelming no. Japan originally intended to maintain the status quo. China has been sending maritime patrolling vessels, but only to highlight that the dispute exists and to get Japan to admit it. Military vessels from both sides have stayed in the background. Neither country wants the situation to escalate. Instead, the current status quo represents a new kind of diplomatic game, a dangerous game of “chicken” where one has to know when to flinch.

Dr Suzuki saw no end to the standoff in the near future, because the islands have become a nationalist touch-stone issue for both countries. He considered the natural resources in the surrounding waters a secondary issue: it may not be economically viable to extract the existing resources. It is possible that economic interdependence will prevent a war, since the countries are important trading partners for each other. But they are mostly able to buy key strategic goods elsewhere. The possibility of either country taking the case to the International Court of Justice is very low. If they did, Japan might have a stronger case, according to some international law experts, Dr Suzuki said. But as long as Japan has control over the islands, they have no reason to do this.

Dr Suzuki concluded his presentation by assessing the dangers posed by the dispute. The biggest immediate danger is that of an accidental war. The cat-and-mouse game being played between the coast guard vessels is dangerous. There is a persistent misperception, a tendency to misread the intentions of the other side. China and Japan should at least try to engage in a dialogue. China refuses to talk to Prime Minister Abe, which is unwise. So is Abe’s decision to visit the Yasukuni shrine.

FIIA Research Fellow Elina Sinkkonen wished to focus on the wider context of Sino-Japanese relations. She asked Dr Suzuki to evaluate the scale of change these recent developments represent in the turbulent 2000s. Why is the island dispute an issue now and why was it possible to shelve it earlier, Ms Sinkkonen inquired. She also wondered whether the Japanese electoral reform in effect as of 1996 has affected the way the Senkaku issue is viewed in security politics. Thirdly, she asked Dr Suzuki to discuss the countries’ alternative strategies for acquiring key strategic goods such as rare earths, and the role of Abenomics in the context of the dispute. The domestic discourse in the two countries is influenced by nationalism, but on the other hand they would like to continue trade relations. Is it possible to keep the economic field separate from the rest of Sino-Japanese relations?

To the question of the wider context of China-Japan relations, Dr Suzuki replied that they are cyclical: one big dispute dies down and flares up again and again. It seems that this time there are attempts to change the rules of the game. China refuses to even talk, potentially pushing Japan further to make sure that the history issue is never again a problem. But why China is now more assertive is anyone’s guess.

Concerning key strategic goods, Dr Suzuki said Japan has looked at Mongolia. Otherwise trade has not suffered in a significant way so far. In China, the biggest players in the market are controlled by the party. In Japan, the business lobby may put pressure on the government. Some patriots may be demanding to stop trade, but Japan would be in trouble trying to live without Chinese products.

In his comments, Senior Research Fellow Dr Bart Gaens made reference to discussions in Japan’s National Diet regarding different options for allowing people to set foot on the islands. One option was to send a group to examine the natural habitat under the banner of environment protection. Another idea was to hold memorial services for soldiers on the islands. And the third possibility was to purchase the islands. Dr Gaens asked whether the government could not have stopped Ishihara by other means. His second question was whether the EU has any meaningful role to play in East Asia security. Europe emphasises multilateral institutions, but this issue would be better dealt with bilaterally. Can Europe change its approach? He also commented on the crisis in Ukraine, and asked Dr Suzuki’s view about its effects on the island issue. If the response of the West is weak, China can conclude that the US is weak, Dr Gaens remarked. The situation also gives China an example of taking over other territories of other states. Japan has been forced to take a strong stance against Russia.

With respect to alternatives to the nationalisation of the islands, Dr Suzuki argued that it was difficult for the state to intervene by blocking the transaction. He was skeptical of Europe speaking with one voice. It also has no military presence in the region. China will listen only to the US, Dr Suzuki stated. China has a mixed record with regard to multilateral institutions: for instance ASEAN has no control over China. According to Dr Suzuki, the situation in Ukraine is awkward for Prime Minister Abe. Sanctions can damage Japan’s relations with Russia. But they will probably not affect this territorial dispute.

Mr Kallio opened the floor for audience questions and answers. First he asked his own question: in this dispute, there is a third claimant, namely Taiwan. However, Taiwan and Japan are close allies. Could Taiwan prove a complicating factor in the future, or something that can help resolve the dispute? According to Dr Suzuki, it should not complicate matters significantly. It is difficult for Taiwan to take a consistent position because of strong historical ties to the mainland on one hand, and Japan’s support for it on the other.

Other topics were discussed – such as historical evidence, including maps, of Chinese or Japanese control over the islands, the effect of the 1997 fishing agreement, the significance of gas wells in the waters surrounding the islands, and the degree to which the Chinese government is in control of the People’s Liberation Army – after which the seminar was brought to a close. 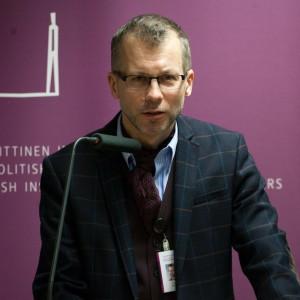 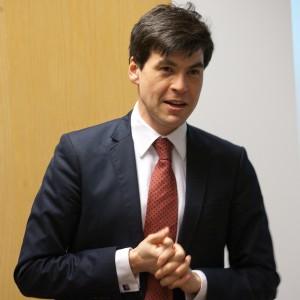 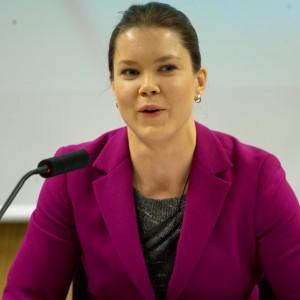 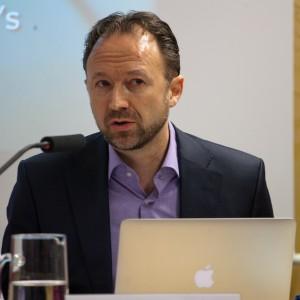