Although the EU has showed impressive, yet fragile unity during the Ukraine crisis, its foreign policy is largely reactive and in lack of a strategy. Over five years ago, the Lisbon Treaty renewed the EU’s institutional architecture with an aim to make the Union’s role in the world more coherent and visible, but since then, the largest member states have often taken the lead on key foreign policy issues, while the EU institutions have stayed on the sidelines. The aim of the seminar is to reflect on the lessons learned from the early years of EU foreign policy making under the Lisbon Treaty and look at the challenges ahead. Is it possible to upgrade the EU as an international actor? How can member states and the EU institutions together defend Europe’s security and values in a more effective and strategic manner?

The Director of the Finnish Institute of International Affairs (FIIA), Teija Tiilikainen, opened the seminar by briefly discussing the Institute’s ongoing focus on the European Union’s efforts to formulate and follow a common foreign policy. This focus concerned especially the different leadership roles that key players such as the high representative have adopted. She stressed that during the recent years the economic crisis has largely taken the focus of the European Council over foreign policy. Thus the Ukraine crisis came as a surprise to the EU.

In her introductory remarks, Kristi Raik, a senior research fellow at FIIA, noted that no other actor in international relations has been criticized as much as the European Union. She also emphasized that the EU’s current Security Strategy from 2003 is no longer viable.

Secretary-General Vimont opened his keynote by noting that this seminar was his first unofficial appearance since retiring from the EEAS. Thus he was willing to assess the level of success achieved by the EEAS both as an official and as an observer. His keynote address was divided into two parts: first an assessment of the successes and failures of the EEAS so far, and second a look at EU foreign policy in a broader perspective.

In the first part, Secretary-General Vimont considered that the EEAS has so far achieved success in the sense that the service has been successfully launched and the new diplomatic network with very high quality staff has been created. Thus the process for future development has been started.

Although there remains problems of coordination and comprehensiveness, some success has also been achieved in terms of better coordination between the EEAS, the Council and the member states. The new high representative Mrs. Mogherini has been able to take this coordination forward. Still, the current crises in Ukraine, Syria, Yemen and Libya have been mainly managed by the member states.

According to Vimont, the EEAS has so far been least successful in the sense that the new European Security Strategy has not been updated despite member state pledges. Although the new high representative has launched this process, it is still in its early stages. It is of vital importance since both the EU and the world have changed since the launch of the 2003 strategy. It has also been problematic that the focus of Brussels in foreign policy has been more on the process rather than substance of the EU’s foreign policy. This has been largely due to the unwillingness to confront controversial political questions of actual substance. Therefore Vimont saw the need for more interest in geopolitics and more analysis of the topical questions. All in all he considered the EEAS to be still very much a work in progress that still lacks a corporate identity and is divided between the traditions of the Commission and different diplomatic services.

Vimont saw three reasons for this lack of momentum in developing the EU’s foreign policy. First of all there’s a discrepancy between what the Lisbon treaty outlines and what the member states want. The Lisbon treaty did not try to formulate one foreign policy and there was a very high level of respect for member state autonomy. There are some clauses in the treaty for foreign policy but they are not used if there is no will from the member states. The second reason is the history of the EU’s foreign relations and the contradictions inherent in this history. During the cold war, security was largely outsourced as a NATO issue and therefore it was not part of the integration agenda. This didn’t change after the cold war ended even though there were repeated calls by the United States for Europe to share more of the global security burden. The third reason according to Secretary-General Vimont is the nature of the EU. This can be seen as working against the formulation of a common foreign policy. This is related to the fact that the concept of soft power has not been properly understood. This has implications for the methods that the EU can employ. Whatever the EU is – it is a multilateral institution.

Finally there’s the question of the ultimate goals of the European Union foreign policy. It can be seen as a part of the Trans-Atlantic relationship, but so far the EU has been very careful in this relationship. The second option is to accept the fact that the EU is a soft power – a sort of large NGO. This interpretation would emphasize that the EU is only able to solve a soft crisis. The third option would be to become a pole in a multipolar world. This would require not soft power but smart power. The actions of high representative Ashton in Serbia could be seen as an example of this third approach.

Finally Secretary-General Vimont offered some ideas for the future development of the EU’s foreign policy. First of all, there’s a need for a thorough discussion of the challenges ahead. The formulation of the new security strategy could offer a forum for this discussion. Second, there’s a need to turn this strategy into an action plan with real political priorities that can make the strategy workable. Third, this strategy has to be assessed and this requires in turn more analysis. Lastly there is need for the right instruments and the right initiatives. This means regaining confidence in Europe.

The next speaker, Dr. Rosa Balfour from the European Policy Center, presented three arguments about the EU’s foreign policy based on her recent research conducted jointly with Kristi Raik from FIIA. First of all according to Dr. Balfour there’s still a very strong attachment to national sovereignty which remains paramount in terms of foreign policy. Further research into this topic is required to address the question why this remains the case despite the fact that member states do realize they are more effective when acting together.

The second statement by Dr. Balfour concerned the evaluation of progress in the EU’s common foreign policy. This depends largely on the underlying assumptions concerning the nature of EU foreign policy. These assumptions are subject to increasing debate in the context of the wider questioning of the integration process. This means that the member states are increasingly asking if a given policy is in their own interest. The actors are positioned on the federalist-intergovernmentalist continuum. The recent statement by President of the Commission Juncker regarding the EU’s common army is an example of the federalist position.

Dr. Balfour’s third statement concerned the current model of EU foreign policy – which she described as a hybrid between the federalist and intergovernmentalist positions. In this context the EEAS is still fairly far from a policy entrepreneur. Frequently the current multilateralism looks more like a ‘Germany +’ policy which Dr. Balfour considered too unilateral. The EU’s foreign policy officials still have very low levels of ambition. The new high representative is still in her early days but so far it seems the focus is still more on the process rather than the content of the EU’s foreign policy. According to Dr. Balfour, first there should be a clear goal for foreign policy rather than a continued focus on the process, but the signs of this happening are not there.

The third address in the seminar was delivered by Director-General Kirsti Kauppi from the Ministry for Foreign Affairs of Finland. She stressed that Finland wants to see the EU as an effective global actor. The problems that the EU is currently having, in defining and formulating its position in the world, are not only due to the EU’s internal problems. Every other global actor is seeking their role as well. With regard to the EU’s foreign policy, Finland believes in institutions and the Lisbon treaty was crucial in this sense. Now is the time to make the new EU institutions work. Director-General Kauppi emphasized that even mundane issues like effective working methods are significant in this sense. What is also crucial in this context is a good quality analysis with a right timing. The leadership that is required is also very much a question of the leading personalities. In conclusion Finland sees the EU as a soft and smart power. However there’s also need for increased capabilities in the security sector but these should not compete with NATO.

In his comments on the previous presentations, Senior Research Fellow Dr. Niklas Helwig of FIIA argued that, considering that the Lisbon treaty and the EEAS have been in existence for only a very short while, they are functioning quite well. So far there have been three shifts in terms of the EU’s foreign policy. First of these is the growing importance of sectorial policies that require increasing cooperation with the Commission. The second shift has been increased decision making in the European Council. This tendency risks having a short time span and overstepping the role of the EEAS and the Council. The third shift is the increasing political power of a single member state. There has been a growing focus on Germany instead of the traditional big three (Great Britain, Germany and France). Dr. Helwig noted that in Germany, Foreign Minister Steinmeier conducted a similar review of foreign policy as in the EU. The problems of Germany are similar to the whole of the EU – the country has tended to see itself almost as a large NGO. In conclusion there’s now an increasing need for reengaging the other large member states in the common foreign policy.

Questions concerned the role that different member states can play vis à vis their differing roles and capabilities. The crucial question is when the member state initiatives should be combined and brought into the EU framework. In the context of the Ukraine crisis, the crucial point was that although the member states’ unity on the sanctions was fragile, it was still unity. There was a general feeling that the EEAS could play a larger role in terms of policy initiatives, and there’s even support for this kind of approach from the part of the member states. This underlines the hybrid nature of the EU’s current foreign policy between the federalist and intergovermentalist dimensions. 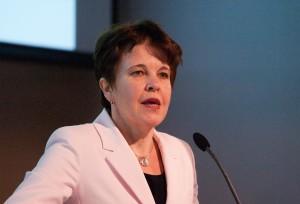 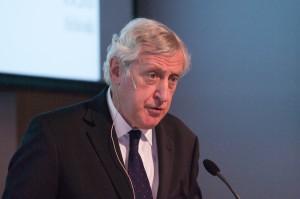 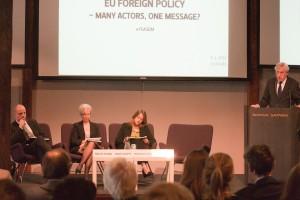 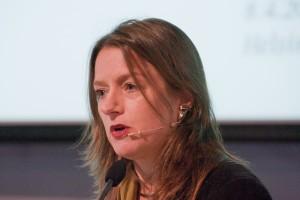 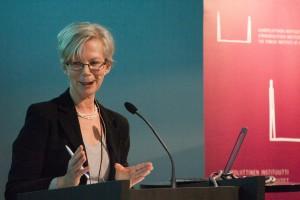 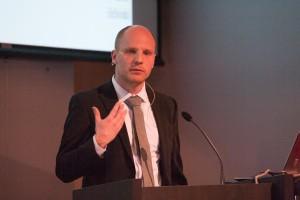 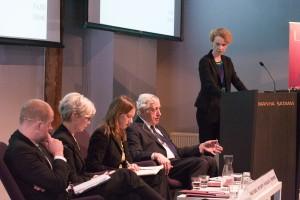