The International Peace Day on 21 September was endorsed by the UN General Assembly in 2001. The initiative came from a British actor and NGO activist, Jeremy Gilley, who envisaged a single day when all countries would vow not to wage war; a day of worldwide ceasefire and day of non-violence. From this first step it could be possible to move towards sustainable peace. Third party mediation has proven to be an effective tool whether it is just to achieve ceasefire or to find ways to transform violent conflicts to peaceful processes of dispute settlement.

Nordic countries have a strong track record in supporting peace processes all around the world. What can be learned from the different Nordic modalities of mediation: alternative approaches, leverages, entry points as well as limits of third party engagement?

“The problem of entry in international mediation: Nordic experiences” by Dr. Isak Svensson, University of Uppsala

Dr Teija Tiilikainen, the Director of the Finnish Institute of International Affairs, opened the seminar by saying that looking at modalities of mediation during this event was a suitable way to mark the International Peace Day, which was celebrated on the same day.

Professor Peter Wallensteen began his presentation on Nordic mediation approaches by mentioning the mediation initiative of Finland and Turkey at the United Nations (UN) as a very important one. The initiative led to a resolution on mediation by the General Assembly, the first of its kind in UN history. Professor Wallensteen noted that only one mediator (Folke Bernadotte) has ever been appointed by the UN by that title. Instead, titles such as special representatives have been used since then. Professor Wallensteen thought that perhaps it would be time to bring the term of mediator back, as it might help to focus the activities again and underline the importance of mediation. According to Professor Wallensteen Finland has some important assets to contribute to mediation that may be easier to see from abroad than in Finland. The autonomy model of the Åland Islands is a good example, which is often used and can be used in many different contexts of conflicts and makes Finland more special in a way than Sweden or Norway.

Since 1989 there have been 135 conflicts in the world, with 37 on-going in 2011. Around 100 conflicts have therefore ended; it is an unusual period because so many negotiations have taken place and a large number of peace agreements have been made in this period. Professor Wallensteen identified two different styles of mediation: forcing and fostering. Forcing is about pushing a certain solution upon the parties, using power language, putting up deadlines and threatening. An example of this style of mediation is Richard Holbrooke in negotiating the Dayton Agreements ending the Bosnian war. The fostering approach is more about connecting and listening to the parties, trying to see what they want and identifying the issues where they can find an agreement. This style was used in Northern Ireland by George Mitchell, mediating the process which led to the Good Friday Agreement. Professor Wallensteen said that it is not possible to say which approach leads to a good, lasting, quality peace as you need to have a very long-term perspective in looking into the success of peace processes. These two examples are too recent for such evaluation as they are only 10-15 years old.

Associate Professor Isak Svensson focused his presentation on the problem of entry in mediation. What makes a mediator successful is what seems to interest people the most, but Svensson noted that from a practical and theoretical point of view, the question of entry is very interesting. Unsuccessful attempts of entry are also an important research question that has been understudied. From a practical point of view, the challenge is to get the parties to accept the mediator to intervene and in research, the question is to look at the conditions under which mediation takes place.

The Nordic countries’ experiences in mediation show that these countries are at very different stages at the moment. Svensson said that looking at the mediation sections of the respective Foreign ministry websites, you can conclude that while mediation is Finland’s new ambition and the approach is very forward-looking, Norway is very self-critical, focusing on the challenges and problems of mediation, reflecting on their experiences. According to Svensson the Nordic countries are attractive as mediators because they have no colonial history; they have a strong commitment to the international system at large, as well as previous successes in mediation. Finland, Sweden and Norway also see themselves as peace countries. They are interested in conflict resolution for humanitarian motives, but also because it is considered cost-effective instead of peacekeeping and sanctions. Relevance is another important factor for Nordic countries, as mediation is a way to raise their international relevance.

Another understudied question in mediation, according to Svensson, is the question of mandate. The mandate mediators receive, strongly determines the style of mediation then chosen by the mediator. Some mediators enter the process without a mandate, enforcing the mediation on the parties. The mandate can also come from an organisation outside of the conflict, as was the case of Olof Palme mediating in the Iran-Iraq war. The third option is that the request for mediation comes from the parties to the conflict, as was the case with President Ahtisaari and Aceh. There is also an important difference between humanitarian and political mediation with regards to the scope of the mandate. In the example of Jan Eliasson, mediating in humanitarian crises in Burma and Darfur, for example, the main aim was to lessen the human suffering of the civilians and therefore there had to be a focus on the respect of human rights.

Comments to the presentations were offered by Terhi Hakala, Director General of the Department for Russia, Eastern Europe and Central Asia at the Ministry for Foreign Affairs of Finland. Ms Hakala has a long practical experience of looking at mediation in places such as Kosovo, Nagorno-Karabakh and Georgia. She agreed that the Nordic experience is indeed unique, and that therefore it is only natural that Sweden, Norway and now Finland should be involved in mediation and peace activities in a broader sense. Hakala made several points on different aspects of mediation. She noted that the term of mediator cannot always be used, because the parties to the conflict do not wish to have mediation. The set of tools should always be chosen at the entry point and adjusted to the mandate. According to Hakala, mediation processes are complicated from the start because usually the international community enters the process too late, at the point when the armed conflict has already started. Mediation also needs political will from all the sides, since there are always vested interests. In trying to create a positive atmosphere for the talks, you need to talk to a large group of people, involving groups from all the levels of society. Hakala stressed that when dealing with an extended conflict, you also need to talk to the future generations, as they are the ones who will live with the solution. Confidence-building is a very long process, and once that confidence is lost, it is very difficult to regain. A mediator should practically be a miracle-maker but since that is not possible the person needs to be reliable, creative, open, innovative, patient and have a positive attitude. Hakala also reminded that mediation is always team work. There may be one head figure but the only way to be able to do it, is to have a large amount of other actors involved. Hakala ended her comments by stating her belief that the only way to lasting peace is through a negotiated process, which required more fostering than forcing.

In the open discussion that followed, issues such as the example of the Åland Islands and the role of international organisations, mainly the OSCE, in mediation were discussed. According to some commentators from the audience, the example of the Åland islands is not always a suitable option to be used in mediation. Autonomy is sometimes viewed as a pre-stage of independence and therefore regarded with suspicion by some parties. Many parties may also be interested in the model of autonomy, but believe that the model works in the specific context of Finland, but would not work in others. Therefore the example should be used with caution. 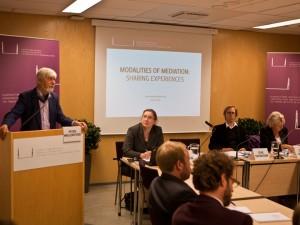 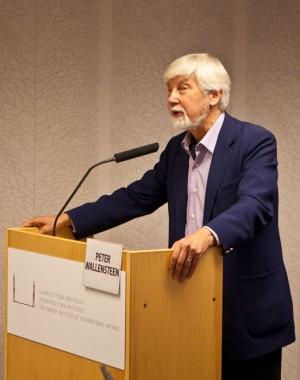 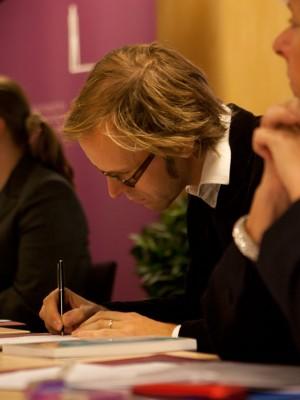 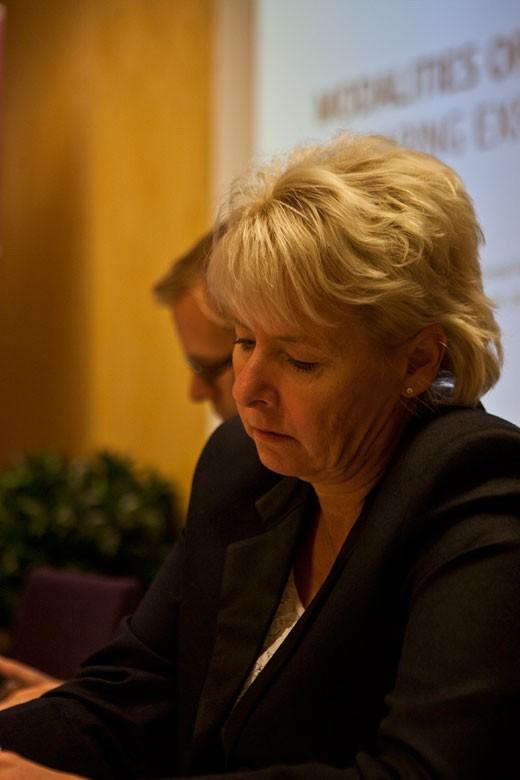