Opening and Chair: Minister Pertti Salolainen, Chair of the Foreign Affairs Committee, MP, Ambassador and Vice-Chair of the Atlantic Council of Finland
Keynote Speakers:
Dr. Jamie Shea, Director of Policy Planning, NATO
Jamie Shea is Director of Policy Planning in the Private Office of the Secretary General responsible for advising and assisting the Secretary General, senior NATO management, and the North Atlantic Council in addressing strategic issues facing the Alliance.
Dr. Hans-Friedrich von Ploetz, Ambassador, Member of the Group of Experts on the new strategic concept of NATO
Ambassador von Ploetz has had a long and distinguished career as a diplomat in the German Foreign Service. Between 2002 and 2005 he was Ambassador of Germany to the Russian Federation and, prior to this, he was German Ambassador to the United Kingdom and in the early 1990s he served as Permanent Representative of Germany to the North Atlantic Council.
Comments:
EU Perspective
Prof. Anne-Marie Le Gloannec, Research Director, Sciences Po, Paris
Finnish Perspective
Dr. Teija Tiilikainen, Director, Finnish Institute of International Affairs
For further information, please do not hesitate to contact:
Ms Annica Moore, tel. 0206 111 710, annica.moore@upi-fiia.fi or
Ms Terhi Suominen, tel. 050 5225525, terhi.suominen@atlanttiseura.fi

Minister Pertti Salolainen opened the seminar by welcoming the speakers and the audience to the event. In his opening words he argued that while Finland’s position on NATO remained unchanged, it was in the Finnish interest to closely monitor NATO discussions, due to their considerable importance for both EU and Finnish crisis management operations. Against this background, Salolainen welcomed the opportunity the conference provided for a high-profile discussion on the future of NATO.

Jamie Shea set out by stating that there were a number of good reasons that NATO was conducting a review of its strategic vision. Rather than being the matter of a periodical update, he argued that current public confusion about the future role and functions of the alliance made this review necessary. The fact that many NATO countries had conducted their own strategic reviews over past years also forced NATO to strategically reconnect with its members. Shea further noted that too much of the recent debate had been about NATO operations, without answering the question about NATO’s future purpose. Finally, he argued that the inclusion of new members with different geographic orientations and national interests and the creeping securitization of the policy agenda meant that the alliance had to ensure that all of its members continued to share a common vision.

Given these developments, Shea argued that the new Strategic Concept would have to address some fundamental questions: (i) whether article 5 would continue to remain the cornerstone of the alliance, or whether a more expansive reading was necessary; (ii) how NATO intended to deal with Russia; (iii) whether NATO should remain a regional defense organization focusing on Europe, or whether its future focus should be on the defense of the global commons – space, oceans, energy, information; (iv) and finally, whether NATO should remain a reactive organization that responded to crisis when they happened, or whether it should take a more proactive role in crisis prevention?

While these “big-ticket” questions were of fundamental importance for the future of the alliance, Shea argued that NATO also faced a number of more immediate concerns. These included the necessity to provide strategic reassurance to some of its new members without unnecessarily alienating Russia. Discussion was also needed on the role of nuclear deterrence in the new international environment, as well as the way to transform NATO militaries in times of fiscal constraints. According to Shea, Afghanistan also had demonstrated the urgency for NATO to adopt a more comprehensive approach that enabled cooperation with civilian actors. Finally, he argued in favor of a clearer division of labor with the EU when it comes to tackling the new security challenges.

Shea concluded that while there was little doubt that NATO would continue to survive as an international security actor, its concrete future role remained to be determined.

Hans-Friedrich von Ploetz opened his presentation by arguing that the two most important questions for the alliance were: (i) whether NATO was still relevant; and (ii) what NATO’s future role was going to be? Given a dramatic decline in public support for NATO, especially amongst the younger generations, von Ploetz argued that policy-makers had to make a greater effort to explain NATO’s purpose and strategy. The Albright Group was intending to contribute to this by choosing a more transparent and inclusive approach in order to draw up NATO’s new Strategic Concept.

According to von Ploetz, one of the prime challenges of this exercise was in determining NATO’s future relationship with Russia. While he acknowledged the need to reassure NATO’s new members on this issue, he argued that Russia did not represent a threat, as defined by its capabilities and intentions. As a result, relations with Russia should be guided by a new ‘Harmel’ strategy, uniting robust deterrence with engagement. He also underlined the importance of the Finnish experience when dealing with Russia, indicating that the best reassurance often tended to be good relations with ones neighbors. In the long-run, von Ploetz could imagine Russia becoming a member of both NATO and EU.

Concerning NATO’s relationship with the EU, von Ploetz underlined that Europe was not just another partner, but a major component of NATO which had a real contribution to make, due to it being a world leader in “soft power”. Concerning conventional capabilities, he argued that Europe had to put its house in order, given that it spend nearly half as much than the US on defense, but could muster only 10% of its capabilities.

In her comments on the EU perspective Prof. Anne-Marie Le Gloannec argued that there was a lack of a common EU vision and that current debates pitted European countries against each other. This was demonstrated by EU divisions over nuclear disarmament and the role of US nuclear weapons in Europe. On this issue Germany, France and some of the Central and Eastern European countries adopted dramatically different positions. Concerning NATO’s future role, she argued that the EU’s economic and demographic decline would work against a global role for NATO. Given the prospect of long-term decline, le Gloannec argued that for the EU a better coordination of defense spending and greater concentration on civilian crisis management were needed.

Commenting on the relevance of the discussion for Finland Dr. Teija Tiilikainen underlined the importance of several factors: (i) the definition of new security tasks as a demonstrative function for Finland, which remained focused on old tasks and techniques; (ii) the geographic focus of NATO which could be expected to tilt to the north; (iii) the importance of NATO enlargement for Finland’s security environment; (iv) and the centrality of EU-NATO relations from both a functional and strategic point of view. For all of these reasons, Tiilikainen asserted that Finland had a stake in the discussion.

In the Q&A session questions were raised amongst others about the role of the Arctic, NATO’s approach to its partners and the future of US nuclear missiles in Europe. Concerning the Arctic, Jamie Shea recommended a “softly-softly” approach and identified the possibility of cooperation with Russia especially on Search & Rescue operations. When it comes to engaging with NATO’s partners, Shea recommended to end artificial divisions between different partners and appealed for one toolbox to apply to all of them. For those involved in NATO missions, Shea argued that there should be “equality of sacrifice” granting them a role in decision-making. On the topic of missile defense, he argued that the new US initiative was no threat to Russia and that there was a potential to link Russia to the future system. Von Ploetz added that US nuclear weapons in Europe represented leverage and should not be withdrawn unilaterally. Given Russian hostility to NATO he also saw a greater role for the EU in engaging with Moscow.

Asked to elaborate on the lessons NATO had drawn from Afghanistan, Shea argued that NATO had no vision of what it wanted to achieve when it got involved in Afghanistan and that it took the alliance until 2008 to develop a comprehensive political plan. He elaborated by saying that NATO had to learn to use its existing troops more effectively, to develop a comprehensive approach involving civilian partners and to recognize the relevance of the regional context. He also cautioned that NATO would have to draw the right conclusions from Afghanistan: should the alliance avoid similar missions in the future, or should it ready itself to do more and learn from its mistakes?

Conference chair Minister Pertti Salolainen concluded the seminar by thanking the speakers, commentators and audience for their contributions. 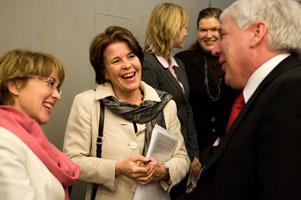 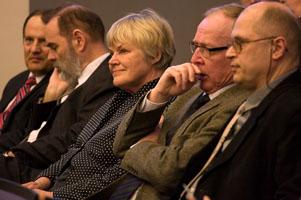 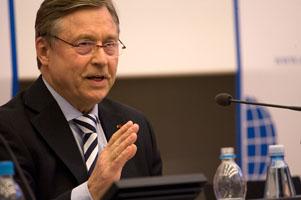 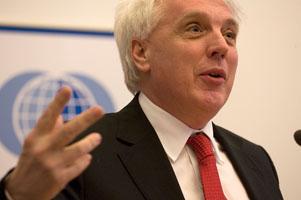 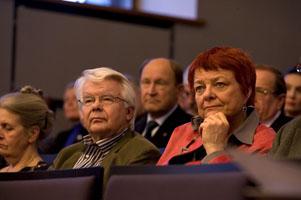 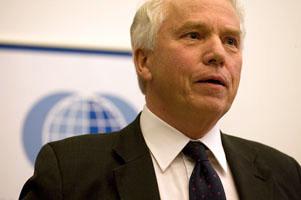 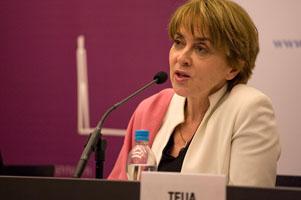 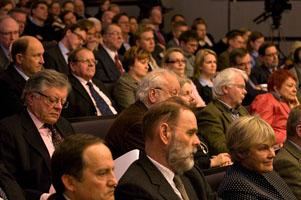 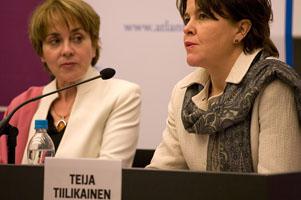 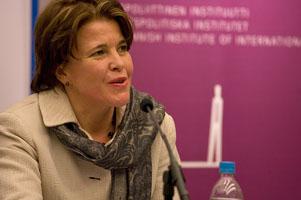 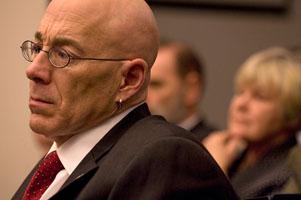 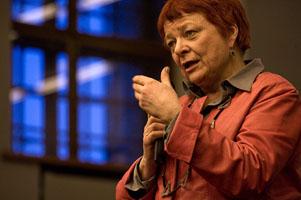 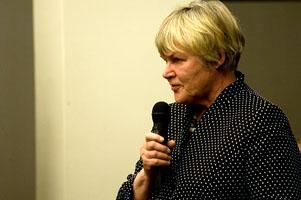 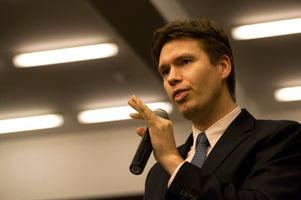