With President Trump and President Putin announcing the suspension of US and Russian obligations
under the INF Treaty (Intermediate Nuclear Forces Treaty), this landmark accomplishment of the Cold
War might cease to exist as of August 2019. Such a development could have far-reaching consequences for
European and global security. As Russia would face no legal constraints on development and deployment
of land-based cruise or ballistic missiles specifically banned by the INF Treaty, the US, in consultation with
NATO, would need to consider its potential next steps, including controversial military countermeasures
on and/or offshore European territory. Also, China’s growing missile capabilities, which are not subject
to any treaty constraint, are of significant concern to Washington and its Asia-Pacific allies, as well as
Moscow. However, any effort to negotiate a new agreement on intermediate-range ballistic and cruise
missiles that includes US, Russian, Chinese, and possibly other forces would face enormous obstacles.

The seminar is part of a FIIA-led research project, entitled ‘New challenges for strategic deterrence in the
21st century’, which is part of the implementation of the Government Plan for Analysis, Assessment and
Research for 2018. 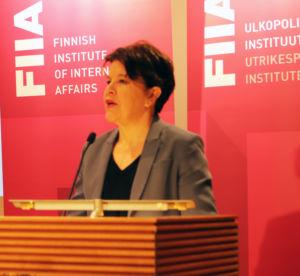 Teija Tiilikainen is the Director of the Finnish Institute of International Affairs (FIIA) since
2010. Previously, Dr. Tiilikainen was the Director of the Network of European Studies
at the University of Helsinki (2003-2009). She has also served as Secretary of State at
the Ministry for Foreign Affairs of Finland from 2007 to 2008. Dr. Tiilikainen was the
Special Representative of the Prime Minister of Finland in the Convention on the Future
of Europe in 2002-2003. Currently, she is also Editor-in-Chief of Ulkopolitiikka – the
Finnish Journal of Foreign Affairs, and a part-time professor at the European University
Institute in Florence, Italy. 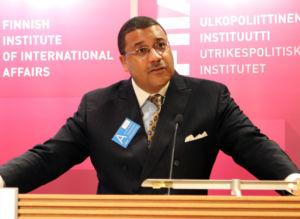 Frank A. Rose is a senior fellow for security and strategy in the Foreign Policy program at
the Brookings Institution. He focuses on nuclear strategy and deterrence, arms control,
strategic stability, missile defense, outer space, and emerging security challenges.
From 2017-18, he served as principal director and chief of government relations at the
Aerospace Corporation, a federally-funded research and development center focused on
national security space. Before that, Rose served as assistant secretary of state for arms
control, verification, and compliance from 2014-17. From 2009 to 2014, Rose served as
the deputy assistant secretary of state for space and defense policy. Prior to joining the
State Department in June 2009, Rose held various national security staff positions in
the U.S. House of Representatives. Rose has also held numerous positions within the
Office of the Secretary of Defense. Rose received his bachelor’s degree in history from
American University in 1994 and a master’s degree in war studies from Kings’ College,
University of London in 1999. 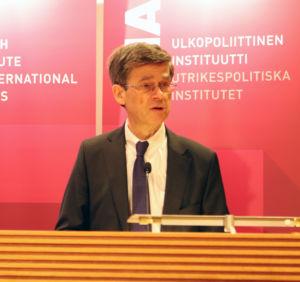 Director of the European Leadership Network

Sir Adam Thomson has been the Director of the European Leadership Network (ELN)
since November 2016. Before joining the ELN Sir Adam had a 38 year diplomatic career
in the British Diplomatic Service, preceded by short spells at the World Bank and at
Harvard. His final diplomatic posting was as the UK Permanent Representative to
NATO between 2014 and 2016. Prior to that, from 2010 Sir Adam served as British High
Commissioner to Pakistan and between 2002 and 2006 he was British Ambassador and
Deputy Permanent Representative to the United Nations in New York. Earlier postings
included Moscow, NATO, Washington DC and New Delhi. Sir Adam has also worked in
London on Israel/Lebanon, in the Cabinet Office as the Soviet analyst for the UK’s Joint
Intelligence Committee (1989 – 91), as the Head of the FCO’s Security Policy Department
and as FCO Director for South Asia and Afghanistan. 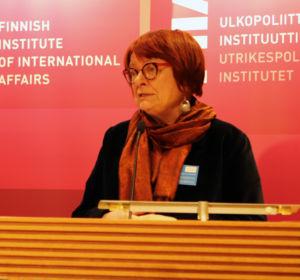 Tarja Cronberg is a Distinguished Associate Fellow with the SIPRI European Security
Programme. Cronberg has a long record of activities both as an academic in security and
peace studies and as a politician in foreign and security policy, with special focus on nonproliferation
and nuclear disarmament. Most recently she, as a member of the European
Parliament’s Foreign Affairs Committee and subcommittee for Security and Defence,
worked with the Iran nuclear issue as the Chair of the EP´s delegation for relations with
Iran. In December 2013 she led the first official delegation (in six years) of the EP to Iran.