frontpage / Events / Post-Election US
share
share
The most rancorous and unpredictable U.S. presidential campaign in recent memory will conclude on November 8, when the majority of American voters will cast their ballots for either Hillary Clinton, the Democratic Party standard-bearer, or Donald Trump, the Republican Party candidate. The president has extensive powers in foreign and defense policy. Hence, given the stark contrasts between the experience and approach of the two major candidates, the electorate’s verdict will have profound consequences for the rest of the world—perhaps even before the new president is inaugurated on January 20. At the same time, the voters will decide which party controls the House of Representatives and the Senate when it reconvenes on January 3. The future composition of the Supreme Court also hangs in the balance. This seminar will explore the ramifications of the election results for US politics and foreign policy.
Speakers:
Leo Michel, Visiting Senior Fellow, the Finnish Institute of International Affairs
Peter Miller, Fulbright Scholar, University of Tampere
Anna Kronlund, Senior Research Fellow, the Finnish Institute of International Affairs
Chair: Mika Aaltola, Director, Global Security Research Programme, the Finnish Institute of International Affairs

Mika Aaltola, Programme Director at the FIIA, opened the seminar and noted that the US presidential elections were followed in Finland more closely than ever. He asked whether the outcome of the elections would mean the end of the West and of the liberal value base, or whether we would see true compromises and learning processes from the Trump administration. In these exceptional elections, emails were hacked by foreign actors and many worrying comments were given regarding NATO and the commitments of the United States abroad, he said.

Leo Michel, FIIA’s Visiting Senior Fellow, focused in his presentation on the election campaign, the transition, and longer term effects. In his campaign, Mr. Trump questioned the importance of NATO’s Article 5 in an exceptional manner. Trump’s and his surrogates’ remarks on foreign and security policy differed greatly from those of the current administration, regarding issues like Syria, Iran, the Paris climate agreement, and the security of South Korea and Japan, Mr. Michel added. As many members of the Republican foreign and security policy establishment detached themselves from Mr. Trump’s remarks, the president-elect may find it difficult to find competent Republicans for the top positions of his government. However, some people might prioritize the higher call of serving their country, he said. Government agencies have already started to prepare briefing books for the new administration in order to handle the transition smoothly. A Republican majority in the Senate will accelerate the nomination processes, Mr. Michel continued. Europe and the transatlantic alliance have always mattered for the US. First of all, maintaining treaty and alliance commitments counts because it enhances the confidence towards the US in the eyes of its allies. Secondly, the US needs e.g. military exercises with European countries in order to act under NATO or the coalition of the willing. Lastly, Europe is important to the United States’ Africa Command, but also to their Central, Strategic and Transportation commands, Mr. Michel concluded.

Fulbright Scholar Peter Miller (University of Tampere) reminded that the polls which were made before the elections estimated a small but sizeable lead for Mrs. Clinton. Polls failed to predict the outcome of the elections because probabilities were estimated with less information, he said. People rarely have time and interest in answering questions regarding the elections, which can lead to a situation where some results are over-emphasized. National polls are not helpful in predicting votes in the electoral college either. If the numbers hold, Mrs. Clinton won the popular vote, but she lost in the electoral college, Dr. Miller noted. Polls also concentrate too much on competitive states, and e.g. in the case of the usually uncompetitive state of Wisconsin the estimates were incorrect. He added that it seems as if campaigns did not matter, because the support numbers did not change during the campaigns. Dr. Miller also noted that voter turnout decreased slightly in these elections and that we should focus more on the politics of voting.

FIIA’s Senior Research Fellow Anna Kronlund remarked that Republicans did also well in congressional elections. They will be a majority party in both houses, which means that they will have a united government. That gives them more opportunities to introduce their agenda, Dr. Kronlund said. As in presidential and congressional elections, Republicans also succeeded in state elections. Dr. Kronlund noted that in spite of this, gun control was tightened in California and four states approved minimum wage.  Future holds many questions, e.g. what kind of a relationship Mr. Trump will have with the Congress, what is the Republican agenda, and who will become the leader of the party. Dr. Kronlund said that Republicans are likely to unite over healthcare legislation and we will probably see efforts to change the legislation. To conclude her remarks Dr. Kronlund noted that Congress can influence in many ways, including appropriation, funding, nomination and granting and restricting the powers of the president.

Dr. Aaltola then opened the floor for questions, which included the US-Russia relations, the Supreme Court nomination, the Paris climate agreement, the future of the Democratic party and many more. Mr. Michel noted that the Republican party does not seem to have a consensus on what kind of  relations the US should have with Russia. The general tendency has been to criticize Obama for not being firm enough towards Russia and not being determined with Syria. However, Trump’s rhetoric has been very different. Mr. Michel said that we will probably not see any immediate actions next January but the longer term vision is of concern. Dr. Aaltola continued and said that Trump seems to have great power realist foreign policy views with  nativist and nationalistic tendencies. He sees the relationship to Russia as a transactional one, where great leaders bond with each other. However, Trump will likely focus more on China than Russia, Dr. Aaltola concluded.

Dr. Miller noted that the Supreme Court must be full by September 2017. Should Trump nominate a centrist, the appointment of a new judge could be quick in a Republican controlled Senate. Dr. Kronlund added that the composition of the Supreme Court and the 4-4 decisions have been important, because then the lower court decisions have remained. Trump might also have a possibility to nominate more than one judge during his term, she said. Dr. Miller noted that Trump has already changed his rhetoric and there could be efforts to reach bipartisan agreements in some issues. Dr. Kronlund added that the Republican government must overcome dysfunctional congressional decision-making. She said that there might be procedural changes in the Congress, regarding e.g. the filibuster rule.

Mr. Michel remarked that Trump has called the free markets to take over the energy issues. Some energy regulations are under presidential authority and they could be reviewed by the new administration. Trump could rip up the free trade agreements as he has declared, because Congress cannot act if the agreement has not been incorporated to the US by law, Mr. Michel reminded. To conclude the discussion, Dr. Aaltola added that Trump might be a tougher negotiator and he could use more leverage than Obama would have used. 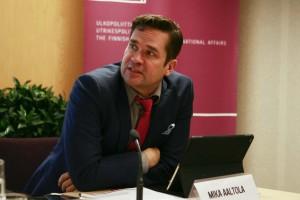 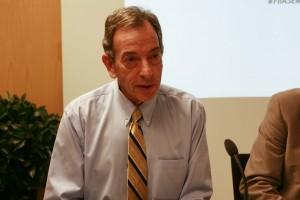 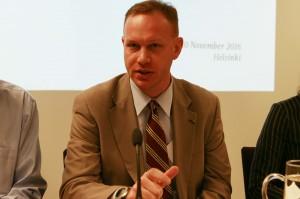 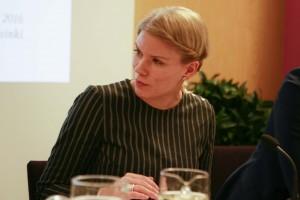