For more than a decade, the occurrence of sexual assault in the US military has generated increasing public condemnation from assault survivors, Congress, Department of Defense (DoD) leaders, and advocacy groups. Despite efforts to improve the prevention of and response to such assaults, the most recent DoD annual report, published in 2020, shows a 3 percent increase in reported cases—from 6053 in 2017-18 to 6236 in 2018-19. However, estimates of the actual number of such assaults are much higher. A watershed 2014 report by RAND estimated approximately 20,000 of the US military’s 1.3 active duty personnel experienced one or more sexual assaults in the previous year, representing 4.9 percent of active duty women and 1 percent of active duty men. Pressure is mounting on the Pentagon leadership to significantly reform how it handles sexual assault within the ranks—a problem that many now believe poses an unacceptable threat to the health and welfare of military service members as well as to the preparedness and effectiveness of military units.

This episode of Transatlantic Currents will discuss: the origins, methodologies, and major conclusions of a series of DoD-commissioned reports that revealed the extent of this disturbing phenomenon; and the reforms under consideration by the Pentagon and Congress.

Questions of equality and harassment have increasingly come to the fore across many armed forces. Solutions are by their nature national, but the global nature of the issues involved make it important to learn from and understand how others address these issues. This webinar reflects on issues concerning the US military but have been raised also elsewhere. 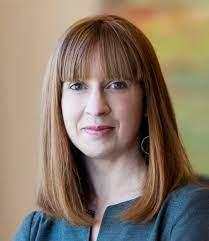 Coreen Farris is a senior behavioral scientist at the RAND Corporation. Her research focuses on sexual violence, harassment and discrimination, and mental health. Farris's recent work includes research to estimate the prevalence of military sexual assault and to support prevention programming.

Farris earned her Ph.D. in clinical psychology from Indiana University Bloomington and completed her clinical internship at Western Psychiatric Institute and Clinic. She completed postdoctoral fellowships at Carnegie Mellon University and with the Section on Decision Sciences and Clinical Systems Modeling at the University of Pittsburgh School of Medicine. 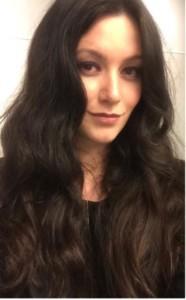 Adelaide Kahn is the Director of Programs and Policy at Protect Our Defenders. She started with the organization in 2016 working mostly with clients to meet their legal and casework needs. Since, she has developed and produced numerous projects and platforms, regularly partnering with Congressional offices, Pro bono partners, organizational allies, survivor advocates, and others to help realize policy reform goals and better assist survivors. Before joining POD, Adelaide worked for various non-profit organizations including the Family Court Assistance Project at the University of Wisconsin-Madison Law School and the Los Angeles J. Paul Getty Museum. Although hailing from Los Angeles, CA, Adelaide received her Bachelor of Arts degree in International Relations with a focus on global security from the University of Wisconsin-Madison. She later obtained her Masters degree in Criminology from George Washington University.