The speech given at the seminar by Secretary General:
(in pdf-format)

The Finnish OSCE chairmanship comes at a critical time in OSCE work and will not be unproblematic or predictable. Ambassador Marc Perrin de Brichambaut drew up a list of seven key questions and issues that are likely to arise under the Finnish chairmanship.

The first question is: which arrangements are needed to provide military security across the OSCE area? This is a question which has emerged during the last year. Russia’s intention of suspension of the implementation of the Treaty on Conventional Armed Forces in Europe (CFE), decreed in July 2007, is an event that has shaken the assumption of intergovernmental consensus regarding military security in the OSCE area. One of the principal causes (although not officially mentioned by Russia at the time) for this suspension is believed to be Russian unwillingness to accept the US missile defense deployment plans in Europe, a disagreement to which de Brichambaut also markedly pointed. All this means nothing less than the reconsideration of the whole security framework of the OSCE and greater Europe. To this date there is no clear view within the OSCE on how Russia wants to continue discussion on security matters: will it for example require a full renegotiation of the CFE Treaty or what kind of framework does it endorse for missile defense? De Brichambaut emphasized this was not a judgment towards Russia, only a description of the status quo of a discussion process that is about to start. Nevertheless, 12th of December 2007 will see the termination of the Russian CFE “moratorium” after which date Russia’s intentions may become clearer. The new chairman country should bear in mind that “hard security” treaties such as the CFE focusing on prevention of conventional conflicts still underpin OSCE cooperation despite the organization’s emphasis on the more postmodern concept of “comprehensive security”.

The second question is as follows: what future role is there for the OSCE in South Eastern Europe in the short term (2008 onwards)? For example, the largest OSCE operation is active in Kosovo and half of all OSCE resources are allocated to Balkan democracy and stability-building field operations. It is an open question how long OSCE presence will be needed in this part of the world. The Balkan countries are keen to show progress (also to serve EU and NATO aspirations) and for example the closure of the Croatia mission is near. Kosovo presence will depend on Kosovar local ownership and OSCE members’ mandate to the presence.

Whether election monitoring will remain as a core tool of democracy promotion of an inclusive organization such as the OSCE is the third question. These activities have come under increasing criticism by a group of states within the OSCE for being geographically asymmetric (monitoring only “East of Vienna”) and partial for Western-minded states. The legitimacy of OSCE election monitoring is hence an open issue of internal debate. (In this context it is important to remember that the Russian presidential elections in March 2008, will take place during the Finnish chairmanship.)

The fourth question dealt with the OSCE’s emphasis on tackling “new threats” such as crime and terrorism. The fifth one addressed the importance Mediterranean and Asian (including Afghanistan) partnerships of the OSCE.

The final question is whether OSCE will survive “a deep rift within its midst”. By this the Ambassador referred to a polarization of OSCE member states. An important group of OSCE states argues that the OSCE has detrimentally lost its focus to its early emphasis, “hard security” and that the structure of the OSCE should be more centralized, more institutionalized and less field-operation-oriented. Internal compromise-brokerage will hence be needed.

The commentators’ panel provided brief interventions after Ambassador de Brichambaut’s speech. Kimmo Kiljunen, a Vice President of the OSCE Parliamentary Assembly (PA), was the first to take to the podium. Dr Kiljunen argued that the OSCE should continue its work based on its broad concept of security encompassing also for example human security and economic issues. Dr Kiljunen also brought up two major contributions of the Parliamentary Assembly to the work of the OSCE. The first is election monitoring. Here Kiljunen saw validity in the “East of Vienna” asymmetry criticism of observation and argued strongly for election observation in major Western democracies as well: established democracies could also learn from the monitoring process. Another major contribution is the PA Working Groups for specific areas.

Ambassador Aleksi Härkönen envisaged the Finnish chairmanship to focus on rather routine issues with a low consensus threshold such as anti-trafficking and border management if no unexpected events reshuffle the agenda in 2008. Of course the future of the CFE Treaty, which is regarded the basis of post-Cold War European security, is highly crucial.

In her intervention Dr Sinikukka Saari raised the question whether the OSCE should accept “stable diversity” within its ranks of members. Changes to the political status quo in the semi-autocratic states especially in Central Asia are unlikely and OSCE has to ponder how to accommodate this diversity in a constructive way. Another important point is that violent conflict in the aforementioned areas has decreased markedly and this should bring about changes to the nature of OSCE field missions in the area. Dr Saari envisaged that these missions should now engage the civil society more and promote values of tolerance and non-discrimination. Finally, the biggest challenge for the Finnish chairmanship will be convincing the EU of the continued validity of the OSCE. 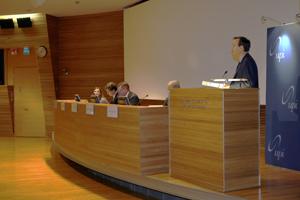 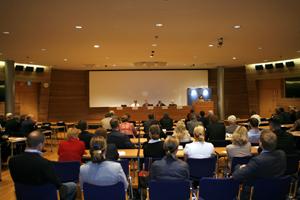 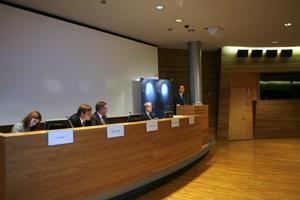 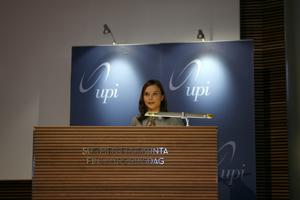