Headline controversies over Crimea and the future of Eastern Europe, as well as challenges ranging from China’s rise to Syria’s tragedy, are pushing the United States and Europe to make their partnership more effective. They have responded with the Transatlantic Trade and Investment Partnership and other initiatives, but issues of trust and mutual commitment eat away at transatlantic foundations. Can the transatlantic partners make their own pivot into the 21st century? What are the key conditions for an efficient alliance and in which direction are the parties moving in this respect?

Dr Daniel S. Hamilton is the Austrian Marshall Plan Foundation Professor at Johns Hopkins University’s School of Advanced International Studies (SAIS), and Director of its Center for Transatlantic Relations. He also serves as Executive Director of the American Consortium for EU Studies. He has served as U.S. Deputy Assistant Secretary of State, with responsibilities for U.S. relations with Nordic-Baltic countries; and Associate Director of the Policy Planning Staff for two Secretaries of State. His publications include The Transatlantic Economy 2014; Open Ukraine: Towards a European Future; The New Eastern Europe; Europe 2020 – Competitive or Complacent?; Transatlantic 2020 – A Tale of Four Futures; and Shoulder to Shoulder: Forging a Strategic U.S.-EU Partnership.

Dr Tuomas Forsberg is Professor of International Relations at the University of Tampere. He holds a PhD from the University of Wales, Aberystwyth. Forsberg has researched the end of the Cold War and the relationships between great powers. In addition his research interests include the EU’s foreign and security policy, the feasibility of a global truth commission and conflict resolution.

The event is co-organised by the Center for US Politics and Power at the Finnish Institute of International Affairs. The Center provides research and expertise on the US global role and its foreign and domestic policies.

The seminar concentrated on the Transatlantic Trade and Investment Partnership (later TTIP), and considered if rebalancing in the transatlantic relationship is needed because of the current events in Crimea and challenges caused by other events, such as China’s rise or Syria’s tragedy. The event was opened by a short welcoming remark by its chair Dr Mika Aaltola.

The speaker of the seminar Dr Daniel Hamilton discussed the TTIP in broad perspective. He said that the ongoing events in Russia and the eastern neighbourhood are dramatic, and have brought up a need for significant changes in strategic landscapes and a stronger need for the transatlantic relationship and NATO. The concern is that the transatlantic relationship is not tied to a broader strategy, and the direction where the relationship is heading is not discussed enough. TTIP is not primarily about energy, but because of the current events in Russia, questions about it have risen. Many countries in Europe depend on Russia’s energy resources, and countries around Russia may also be affected in other ways. According to Dr Hamilton there are two tracks for operating with Russia: either searching for ways to cooperate or agreeing on certain principles with Russia.

In Dr Hamilton’s opinion, difficulties in the transatlantic relationship are not caused by the surrounding world – difficulties are caused by the lack of coherence in the US and the EU. The US does not have a comprehensive concept of foreign policy and in Europe it is forgotten that some European countries are unstable. Unstable European countries can be given guidance, but in the end they have to build up the society by themselves. The US and the EU have to get the act together at home before the confidence in the transatlantic relationship is found.

TTIP is not only a free-trade agreement. Besides the economic aspects, political aspects also need to be considered, and political commitment between the US and the EU is needed. TTIP can provide a framework for transatlantic cooperation, and it is an opportunity for the West to enforce its values globally. One of the main components of TTIP is to agree on common standards and regulatory approaches between the US and the EU. Other countries should not be left to feel isolated; they should be welcomed to join TTIP if they meet the criteria. In the end the success of TTIP depends on the US and the EU, not on Russia or any other third party. According to Dr Hamilton the question is how to keep the US and the EU interested in each other and how to keep up the partnership.

In his comments Dr Tuomas Forsberg emphasised that it is significant to bear in mind that the purpose of TTIP is to be a part of transatlantic cooperation, and NATO is also part of this cooperation. TTIP should be open for Russia, and Russia should see it as a significant option for cooperation. This idea has been lost at some point and now Russia is feeling humiliated. It should be underlined that TTIP should not set double standards, and any country meeting the aspirations could be taken on board. 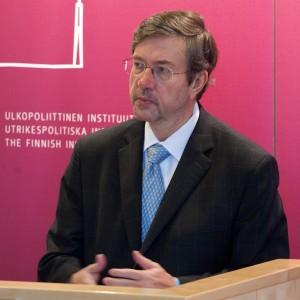 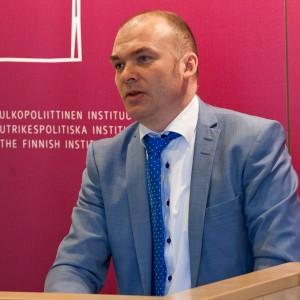 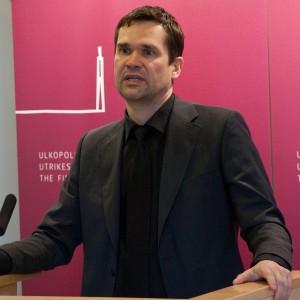