Since 1994, the Nuclear Posture Review (NPR) has served to describe to Congress, the American public, and international audiences how the current administration is addressing key nuclear weapons-related issues, including: how nuclear weapons and policy guidance (for example, the circumstances which could lead to their use) fit into the administration’s overall national security strategy; significant developments regarding the numbers and types of nuclear weapons, infrastructure, and command-and-control necessary to maintain the safety, credibility, reliability, and effectiveness of the US deterrent; and the administration’s approach to nuclear arms control and non-proliferation.

In fact, the security environment facing US nuclear strategists has grown more complex and potentially dangerous. Russia’s invasion of Ukraine, as the NPR points out, has taken place “under a nuclear shadow characterized by irresponsible saber-rattling.” China — the other US “strategic competitor and potential adversary”  — continues to improve its nuclear weapons capabilities, while North Korea’s nuclear weapons and certain Iranian nuclear activities pose serious regional concerns. Meanwhile, prospects for resurrecting risk-reduction talks and arms control negotiations among the major powers, already set back by the war in Ukraine, might be further clouded by new disruptive technologies, a rapidly changing information ecosystem, and emerging concepts of escalation and strategic stability.

Ville Sinkkonen is a Postdoctoral Fellow at the Finnish Institute of International Affairs (FIIA), Center on US Politics and Power. His research focuses on US foreign policy, hegemony, normative power and the politics of trust in international relations. Sinkkonen is the author of "A Comparative Appraisal of Normative Power" (Brill, 2015) and his work has been published in the Journal of Transatlantic Studies and European Foreign Affairs Review, among others. He holds a Doctor of Laws (LL.D.) from the University of Turku. 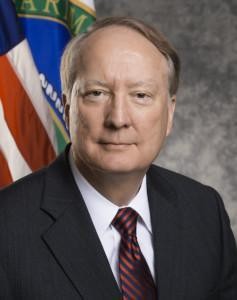 Lieutenant General Frank Klotz, US Air Force (Retired) is an adjunct senior fellow at the RAND Corporation. He served as Under Secretary of Energy for Nuclear Security and Administrator of the National Nuclear Security Administration from 2014-2018. In this Presidentially-appointed, Senate-confirmed position, he was responsible for the Department of Energy’s wide-ranging scientific and technical activities to maintain a safe, secure, and effective US nuclear deterrent and to reduce the threat of nuclear proliferation and nuclear terrorism. While on active duty, his senior military posts included: Commander, Air Force Global Strike Command; Assistant Vice Chief of Staff and Director of the Air Staff; Vice Commander, Air Force Space Command; National Security Council staff; and Defense Attaché, US Embassy Moscow. A distinguished graduate of the US Air Force Academy, he attended Oxford University as a Rhodes Scholar, where he earned an MPhil in International Relations and a DPhil in Politics. He is also a graduate of the US National War College. 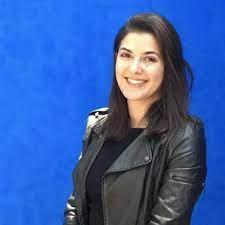 Alexandra Evans is a policy researcher at the RAND Corporation. Her research areas include strategic competition, deterrence and coercion, escalation management, and regional security issues in the Middle East and Europe. Prior to joining RAND, she was an Ernest May Fellow in History & Policy with the Belfer Center for Science & International Affairs at the Harvard Kennedy School of Government and a postdoctoral fellow at the Clements Center for National Security at the University of Texas at Austin. Evans received a Ph.D. in history from the University of Virginia and a B.A. in history from Vassar College.