FIIA Center for US Politics and Power is organizing the second annual US Research Day
consisting of a keynote and panel discussion during the morning, followed by workshops
in the afternoon. This year’s seminar will concentrate on US foreign policy and the US role in a
global context. The keynote is delivered by Professor Campbell Craig, on “Nonproliferation
as an instrument of US global power”. The idea of the research day is to organize an event for
US researchers who are primarily based and working in Finland.
Programme:
10:00 Opening words: Teija Tiilikainen, Director of the Finnish Institute of International
Affairs
10:10 Keynote presentation: Nonproliferation as an Instrument of US Global Power: the Case of Iran
Campbell Craig, a Fernand Braudel Fellow at the European University Institute
11:00 Panel discussion: Asia-pivot and global power shifts
Chair: Mika Aaltola, Director, Global Security Research Programme and Center for
the U.S. Politics and Power
Kari Möttölä, Visiting Scholar, University of Helsinki Network for European Studies
Raimo Väyrynen, Chairman of the Board of the University of Lapland
Jaakko Iloniemi, Minister
Charly Salonius-Pasternak, Research Fellow, the Finnish Institute of International Affairs
For more information, please do not hesitate to contact:
Ms Marie-Louise Hindsberg, tel. +358 9 432 7712, marie-louise.hindsberg@fiia.fi

The second annual US Research Day, organised by the Center for US Politics and Power at the Finnish Institute of International Affairs, was opened by FIIA Director Dr Teija Tiilikainen. She explained the purpose of this event: The Finnish Institute of International Affairs wants to promote networking among US experts in Finland, where the study of the United States has been fragmented, with little cooperation between scholars. The Institute’s US research is supported by the Jane and Aatos Erkko Foundation. Dr Tiilikainen gave the floor to keynote speaker Campbell Craig, Fernand Braudel Fellow at the European University Institute.

Professor Craig’s presentation dealt with the US approach to Iran in the context of the international nonproliferation regime. He examined the question why nonproliferation has become an instrument of US power politics. Article IV of the Nonproliferation Treaty states that all nations have the right to develop nuclear power for peaceful purposes without discrimination, and that nuclear states must assist non-nuclear states in their efforts. Article VI requires that all parties also pursue disarmament negotiations. The point of the Treaty was to deal with the nuclear danger represented both by existing arsenals of major states and by small states acquiring nuclear weapons. However, article IV is not being applied, as the US is now on record that Iran should not be allowed to enrich uranium at all, Professor Craig remarked. When some states are allowed to enrich uranium and others not, there is discrimination. A second strange aspect of US policy, and that of France and Israel, is that these nations demand that Iran must not enrich uranium, although they themselves violate article VI, since they are not getting rid of their arsenals.

The NPT came into force in 1970. During the Cold War, article VI became a dead letter: the United States and the Soviet Union were not willing to disarm. Without a world government enforcing the treaty, disarmament was impossible. The nonproliferation regime began to focus purely on the nonproliferation aspect and gave up the emphasis on disarmament. This caused the alienation of many small states. After the Cold War, there was pressure from these smaller states to refocus on disarmament; otherwise it would confirm that the regime was rigged in favour of major nuclear powers. The Treaty was however perpetuated in 1995. It has in essence come to represent a demand that non-nuclear states stay that way, Professor Craig argued.

Selective nonproliferation has become an instrument of American policy. One of the difficulties with this policy is that while sanctions and political pressure from the US and its allies are not enough to deny a country that wants nuclear weapons, the US is reluctant to issue war threats. A second problem is how to define a “defiant regime”. President Obama has been successful in the political attempt to define Iran as defiant.

Next, Professor Craig answered some questions. Among the topics discussed were the Iranian attempts to improve relations. According to Professor Craig, the NPT allows American politicians to destroy this process. It was pointed out that Japan is openly contemplating acquiring nuclear weapons. Professor Craig noted that the US does not have a problem with this, which is another proof of a selective nonproliferation regime. Professor Craig said that for countries like Japan and Australia, the anti-nuclear position (which Japan is already changing) was an easy one to adopt under the umbrella of the US. When asked about the role of Congress vs. the President, Professor Craig said that in American domestic politics, the memory of Iraq has a dampening effect on the tendency to exaggerate threats, but he predicted that this memory will eventually fade.

FIIA Programme Director Dr Mika Aaltola opened the panel discussion by introducing the panelists and analysing the so-called US pivot to the Asia-Pacific region. It has caused anxieties in Europe, because the US wants Europe to take care of its own security. He characterised the pivot by three “mores”: more interest, more engagement, and more assets. The engagement is not primarily military but political. And it has many purposes, not only the containment of China. One achievement is the discourse itself, he remarked: constant talk about the pivot creates its own reality. Dr Aaltola invited the panelists to share their views on the significance of the pivot.

Charly Salonius-Pasternak, Senior Research Fellow at the FIIA, considered the pivot and its impact to be overestimated, especially the military significance. Europe is not necessarily ignored by the US. The withdrawal of troops from Europe is irrelevant, Mr Salonius-Pasternak argued. The “pivot-mongers” are wrong because they show an outdated understanding of conflict, because Europe is till critical for US projection of military power, and because US engagement bilaterally and multilaterally has increased. He mentioned the ballistic missile defense shield as an example.

Minister Jaakko Iloniemi also expressed skepticism about the pivot, noting that Europeans are the ones the US can rely on. In contrast, Professor Kari Möttölä stressed the importance of the pivot, seeing it as a serious signal to Europeans.

According to Professor Raimo Väyrynen, the pivot is a metaphor which reflects underlying circumstances in international relations. Although power has shifted to China, he did not consider the US to be in serious decline. In the international system, traditional political struggles are combined with mutual economic interdependence. China is also dependent on the US, and moreover it has no political influence in Europe, Professor Väyrynen reminded.

Professor Craig said China does not seem to pursue regional domination. China is not trying to match the US, but is seeking a safe nuclear deterrent and focusing on economic competition. Professor Craig called the Asia pivot a whim of the Obama administration.

The debate continued regarding issues such as what Europe should do if the US turns more and more to Asia. After some questions from the audience, the seminar was brought to a close. 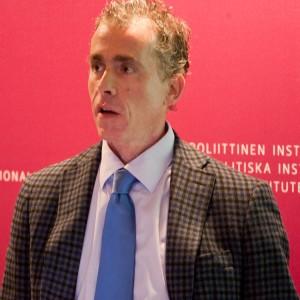 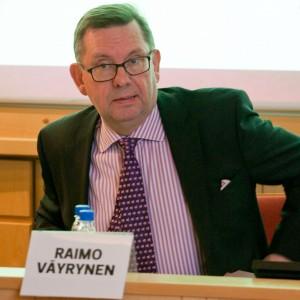 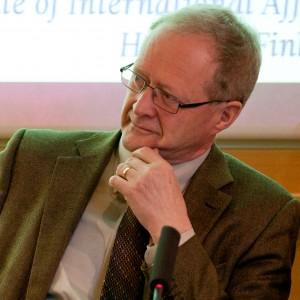 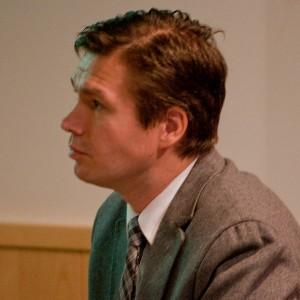 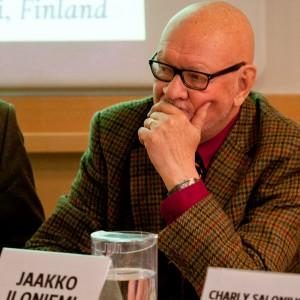 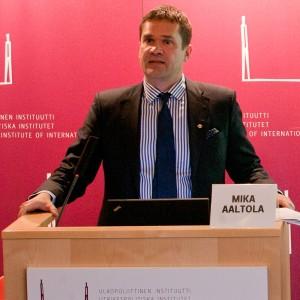