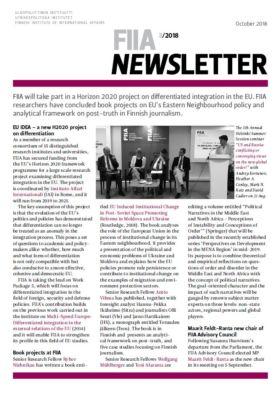 FIIA will take part in a Horizon 2020 project on differentiated integration in the EU. FIIA researchers have concluded books on the EU’s Eastern Neighbourhood policy, posttruth in Finnish journalism and geo-economics and power politics in the 21st century.