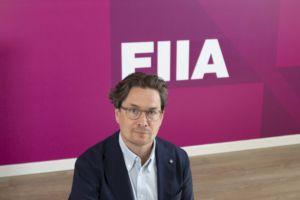 Counsellor for International Affairs Samu-Ville Paukkunen has begun at FIIA as Director of administration on Tuesday, 18th of August 2020. In addition, his tasks include acting as the Institute’s deputy director.

Paukkunen has previously worked at the Finnish Parliament, the Office of the President of the Republic of Finland and the Ministry for Foreign Affairs.