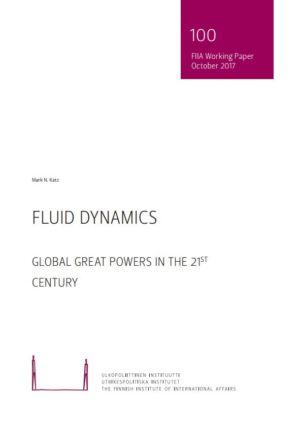 The great power dynamics of the 21st century is often envisioned as an emerging multipolar world in which US power is declining and that of others is rising. Yet while US power and influence may indeed be in decline, this does not necessarily mean that the power and influence of others is on the rise. This study examines the strengths and weaknesses of what are currently the actual or potential global great powers: the United States, China, India, Russia, and the European Union. Each of these has impressive abilities, but also significant limitations. None appears to have the capacity to be “primus inter pares”. Thus, something of a multipolar world order is indeed emerging. But what will this actually be like? It is argued here that there are several possible great power configurations in which some great powers ally with each other to counter one or more other great powers. The least likely of these is Vladimir Putin’s vision of a multipolar order in which the “others” all work together to contain the US. There are simply too many differences among these others for this to occur. Other unlikely possibilities are a cohesive alliance of the BRICS (Brazil, Russia, India, China, and South Africa) or a “G-2” bipolar arrangement between the US and China. More likely, it is argued here, is a great power configuration involving a Sino-Russian alliance on the one hand, and EU-US as well as India-US alliances, on the other. Such a configuration is not inevitable, however.

Towards a new climate regime? The key players gearing up for Copenhagen