Brazilian diplomats and academics alike have long regarded regional leadership as a springboard to global recognition. Yet, Brazil’s foreign policy strategy has not translated the country’s structural and instrumental resources into effective regional leadership. Brazil’s potential followers have not aligned with its main foreign policy goals, such as a permanent seat in the Security Council and Directorship-General of the WTO, and some have even challenged its regional influence. These failures notwithstanding, Brazil has been recognized increasingly as an emergent global power by the established world powers. The seminar analyzes the growing mismatch between the regional and global performance of Brazilian foreign policy and shows how both theoretical expectations and policy planning were ‘luckily foiled’ by unforeseen developments. It is argued that because of regional power rivalries and a relative paucity of resources, Brazil is more likely to become a middle global power than it is to gain acceptance as a leader in its region.

Dr Mika Aaltola, Programme Director at the Finnish Institute of International Affairs, welcomed everyone to the seminar. He was very happy to announce that Latin America is one of the Institute’s areas of concentration now  as Mikael Wigell, one of the foremost Finnish researchers on Latin American issues, has started as a researcher in the Global Security Research Programme at the beginning of the year.

Dr Aaltola then introduced the Guest Speaker of the day, Research Fellow Andrés Malamud from the Institute of Social Sciences at the University of Lisbon.

Dr. Malamud started by challenging the concept that in order to become a global power you need to be a regional power. He then went on to draw a comparison between regionalism in Latin America and Europe. Unlike Europe, Latin America has no power core, no concentric middle, Dr Malamud argued. Instead, there are a number of different regional institutions with differing member states. In UNASUR, the Union of the South American Nations, for example, half of Latin America is not included, not even a significant country like Mexico. Other institutions include MERCOSUR, CAN, ALBA, NAFTA and the Pacific Alliance. With regard to economic structures and relationships, Latin American countries diverge. Intra-regional trade in Latin America is much less than within the EU. The trade coefficient within UNASUR is only 18,7%. Brazil’s trade with MERCOSUR is also fairly low, standing at only 10%. For Brazil, China is the foremost trading partner, whereas for Mexico it is overwhelmingly the US. In general, Latin America has seen a growing economic divergence that complicates integration efforts.

Brazil’s recent efforts to push for regional integration and assume the leadership of the region have seen many setbacks, according to Dr. Malamud. These include the failure to gain support for its bid for a permanent seat at the reformed United Nations Security Council, the bid for the Secretary-Generalship of the World Trade Organization (WTO), for the Presidency of the Inter-American Development Bank (IADB),as well as the “hijacking” of UNASUR by Venezuela, the failure to resolve Mercosur’s standoff and the setting up of the Pacific Alliance Agreement (between Chile, Peru, Columbia and Mexico). As an achievement Dr Malamud only counted leading the UN stabilizing mission in Haiti (MINUSTAH). He noted how none of the South American countries seem to follow Brazil’s lead. Either they follow themselves, as Chile does in many respects, or they follow some other country in the region such as Venezuela or the US.  (See powerpoint).

With regard to Brazil’s bid for global leadership, it has faired much better. Brazil has gained BRICS status and membership of the G5 as well as of the financial G20. It has also been recognized as a “strategic partner” by the EU. Brazil was instrumental in setting up the IBSA grouping, and in climate negotiations it wielded a leadership role as part of the BASIC bloc of emerging economies. Setbacks have included the failed bid for a permanent seat on a reformed UNSC and the Brazil-Turkey-Iran nuclear agreement.

Dr. Malamud pointed out how Brazil has been able to portray itself as a success story. Yet, while Brazil’s growth rate has been better than the world average, it has been far from spectacular. Dr. Malamud noted how Brazil skilfully has used soft power to gain global recognition. Hence, while Brazil has failed to consolidate itself as a regional leader, it has been quite successful in its bid for recognition as a global middle power, Dr Malamud argued. This, he noted, challenges the conventional view that a country needs to be a regional leader in order to become a global power.

Mikael Wigell, Researcher at the Finnish Institute of International Affairs started by pointing out how Europeans tend to over-estimate Brazil’s ability to lead South America. He noted how the EU has revised its Latin America policy from its earlier emphasis on inter-regional cooperation with Mercosur towards a closer direct relationship with Brazil, and how this revision seems somewhat misplaced if indeed Brazil is not able to lead the region. Mr. Wigell also noted how Brazil has gained influence in Africa. He mentioned, for example, how Brazilian companies have been welcomed in Africa with acquisitions already worth more than 25 billion dollars. Mr. Wigell pointed out how some observers see Africa, rather than Hispanic America,  as Brazil’s natural neighbourhood due to historical ties. At the same time, this “New Great Game of Africa” may cause growing rivalry among the BRICS, not least with China, from which Brazil faces stiff economic competition.Mr. Wigell then went on to ask Dr. Malamud if prospects for Brazilian leadership are not growing better. He mentioned two issues that may help strengthen Brazilian regional leadership in the future. First, Venezuela’s possibly waning influence in the region. Mr. Wigell argued that Venezuela’s economy may not hold up for much longer and with that Chavez’s ability to buy influence with his neighbours is likely to diminish, which should help Brazil assume the leadership of the region. Secondly, he mentioned Brazil’s growing oil wealth that should make it easier for Brazil to pay for regional integration. So far, Brazil has been reluctant to be the regional paymaster, but with the growing oil wealth this may change, he argued.

In the Q&A section Dr Malamud replied to Mr. Wigell by saying that oil wealth is not a direct route to leadership. It may be beneficial but not necessarily – it depends on policies. He also pointed out that Mexico and Venezuela are the biggest oil countries in the region but still no leaders.  Dr Aaltola asked whether Brazil may bring added value to the Transatlantic Alliance.  To that, Dr Malamud noted that Brazil would say there are two Atlantics,  that the South Atlantic and the North Atlantic have nothing in common.  Mr. Wigell also commented that Brazil has warned the US and Nato to keep out of the South Atlantic. He argued that Brazil would not take part in any Transatlantic alliance because first of all, they want to be the leader of South America, and secondly because of their important economic relations with China. From the audience, it was mentioned that Brazil is a global actor in the international food economy and in climate issues as well as being an economic success story. The commentator stressed how one has to see the potential in Brazil and also in South American regionalism because of common identities. Dr. Malamud replied by saying that as a commodity-exporter Brazil is big, but he argued that the richest countries in the world are not food producers.  He also argued that what drove European integration was war and a convergence of interests. Europe saw the threat from the USSR, the Marshall Plan, German guilt –  factors that are not present in Latin America. Latin America shares common identities, but not common interests, which is why regionalism doesn’t work so well there. Dr. Malamud noted that there is also the issue of sovereignty. Latin Americans are very proud of it and will not give it up easily. Mr. Wigell agreed that Brazil is ambivalent when it comes to regional institutions. Brazil wants to have a global presence – for itself, not the region. He also noted how, out of all regions in the world, regionalism only works in Europe and that perhaps because of its specific history. So one should not be surprised if it is difficult to proceed with regional integration in Latin America.

There was also a question on military and defence. Dr. Malamud replied that as to defence, regional integration is a consumer of defence, not a producer. Two percent of Brazilian GDP goes to defence. Brazil is the biggest military power in Latin America, but he counted it as not being so meaningful. Human resource policy in Brazil was also discussed. It was commented from the audience that strong education and research are basic things if a country wants to become a player in the regional and global economic arena. Mr Wigell noted how educational reform has been discussed in Brazil for a long time while little has been done, and how also Dilma seems to have dropped the issue as she anticipates difficulties with implementing educational reform. 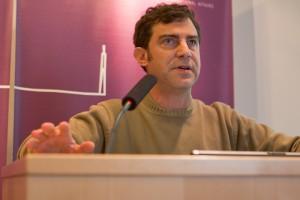 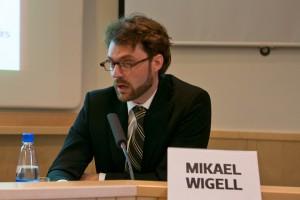 fiia_2011_-_brazil_and_south_american_regionalism Andrés Malamud's presentation as a pdf-file.
bp82 Assertive Brazil: An emerging power and its implications