Afghanistan’s political landscape can be characterized as a patchwork of contending ethnic factions and ever-shifting alliances. The security situation in Afghanistan remains extremely fluid and the insurgency shows no signs of abating. Afghanistan finds itself in the midst of a modern version of the historical Great Game, that is, by virtue of its geography becoming yet again a pawn in the struggles over political ideology, economic interests and commercial influence. This seminar addresses the current situation in Afghanistan with these themes in mind. In what direction will the situation in Afghanistan most likely develop? What are the Taliban views of the future state? Is Afghanistan an endless quagmire for the international community seeking to stabilize the country?

Mika Aaltola, Programme Director at the Finnish Institute of International Affairs, opened this seminar on Afghanistan’s current situation, future developments, and the role of the Taliban. Aaltola underlined that it is vital to return to this topic, as Afghanistan appears to present an endless quagmire for the international community seeking to stabilize the country.

Thomas Ruttig, Co-Director at the Afghanistan Analysts Network (AAN), presented three crises that Afghanistan is facing simultaneously at the moment. Firstly, the security crisis is affecting the country and has been doing so for many years and in more complex ways than the media coverage lets on. Secondly, Ruttig pointed out that the there is an underlying socio-economic crisis behind the security crisis and the war. After all the international aid that has been invested in Afghanistan, the country is still highly dependent on aid and remains one of the world’s least developed countries suffering from rising levels of poverty. As the third crisis he mentioned a profound institutional crisis in Afghanistan. There are quite a few obstacles that prevent the country from re-establishing a functioning state, among others the strange relations between the executive and legislative powers, a dysfunctional coalition government consisting of two political camps that are paralyzing the system, and as a result of 40 years of war, a deep mistrust towards democratic institutions such as power sharing mechanisms. As the 2014 presidential elections demonstrated, the country’s institutions were not politically independent enough to deliver an acceptable result. Thus, support is needed for future elections. When Afghanistan’s president Ashraf Ghani was elected in 2014, he had a strong focus on peace negotiations with the Taliban, with the support of the Quadrilateral Coordination Group. Ghani even visited Pakistan for this purpose. Despite these efforts, the Taliban dropped out of the peace talks, as they did not want to be seen as the puppet of Pakistan. President Ghani’s next big project touches upon the socio-economic crisis and has the aim of making Afghanistan economically independent by 2024 – a goal which is unrealistic according to Ruttig. In his final remarks, Ruttig highlighted the steps that now need to be taken in order to alleviate the crises that Afghanistan is facing. These measures include meaningful talks with the Taliban, improving the lives of the Afghan people, reforming the electoral system, and finally holding parliamentary elections.

Program Fellow Anand Gopal from New America gave a presentation on the origin and evolution of the Taliban insurgency. According to Gopal, two key dynamics that are crucial in understanding the Taliban insurgency are patronage and predation. More specifically, the exclusion from distribution of resources and the exposure to predation or arbitrary violence only furthered the development of this insurgency. In his presentation, Gopal highlighted two districts in Afghanistan which have been politically vital to the history of the Taliban – Deh Rawud and Maiwand. The outcomes of these two districts came to be completely different after the US invasion of Afghanistan in 2001, when large numbers of local political elites were killed. This meant that people who were in native leadership positions such as tribe elders were targeted by US-supported local groups. The resentment from the killings and exclusion of state patronage grew stronger in Maiwand, since the elites who were killed were not as interconnected as the ones in Deh Rawud, where ordinary people still could find other leaders to protect them. In the last part of Gopal’s presentation, he explained the role of ideology and the background to why some Taliban fighters end up switching sides to join the government, and some do not. In his research, he found that ethnicity, tribe or education do not explain why people choose to switch sides from being a Taliban fighter to working for the Afghanistan government. The most important factor affecting people’s decisions to either switch sides or stay in the insurgency was how embedded people were inside the organization. It all comes down to a very pragmatic decision based on risk assessment. People on the outskirts of the insurgency, who weren’t as embedded and interconnected as other members made the risk assessment that switching sides to the government is a better alternative than the risk of being killed. Gopal emphasized that there is a need to rethink how we talk about ideology. The most urgent matter to look at, for example in peace talks, is a person’s position in the society, what the person has to win or lose in that situation, and ideology should be considered last.

Kristian Berg Harpviken, Director of the Peace Research Institute Oslo (PRIO), presented a picture of Afghanistan from a regional perspective. He described the country as a rock between hard places, referring to South Asia, the Persian Gulf and Central Asia. He started by presenting one view of the regional position the country finds itself in, where the transnational networks are seen as the key actors rather than states. However, Berg Harpviken enlightened that these transnational networks need to be transformed into something more benevolent in order to have a stabilizing effect on Afghanistan. In this regard, he specified that states should instead be the primary focus, not transnational networks. Furthermore, he talked about president Ghani’s efforts to push forward the peace negotiations. Ghani took the unprecedented move to visit the headquarters of the army command in Pakistan, but eventually failed to keep the Taliban in the negotiation process. Regarding Afghanistan’s geopolitical setting, Berg Harpviken noted that South Asia has functioned as the most important neighbourhood for Afghanistan’s political development. Although India has not been a major player in Afghanistan before 2001, India’s cultural and historical ties with Afghanistan but also its rivalry with Pakistan makes it a crucial player affecting Afghanistan’s political and economic affairs. The second rapidly changing region surrounding Afghanistan is the Persian Gulf that is characterized by the major rivalry and growing tensions between Iran and Saudi Arabia. Finally, the third fairly stable region is Central Asia, which is not that deeply involved in Afghanistan but has its own intra-regional challenges including competition for resources, as well as external influence by Russia. As a last point, Berg Harpviken summarized the implications of the neighbourly relations in three points. Firstly, for the states in these regions traditional security is what really guides policy making. Secondly, the regions are characterized by inertia and large resisting patterns which should not be ignored, and thirdly the question of Afghanistan and security cooperation in the larger neighbourhood. While Afghanistan’s role as a bridge in a larger effort in the South and Central Asian region has not proven to be successful, a way forward could include credible guarantees between Afghanistan and its neighbouring countries of not posing threats towards each other and moving away from the dependence on external military support.

Olli Ruohomäki, Visiting Senior Fellow at the Finnish Institute of International Affairs, noted that states now have to compete with other actors in society and are losing their centrality. He mentioned that similar processes to those in Afghanistan are now unfolding in Iraq and Syria. He predicted that President Ghani and Abdullah are losing their grip on the situation, and that much more powerful actors are emerging, which has an unravelling effect on the state building project that started 15 years ago. Furthermore, the country is likely to suffer from further political fragmentation and it is unlikely that the Taliban joins any peace talks while there are external military powers supporting the Afghan government. Ruohomäki also emphasized that prolonged external support will be needed and that the case of Afghanistan does not offer any clear cut answers in terms of how to deal with violent conflicts.

For more on the topic, download the FIIA Briefing Paper ”Afghanistan’s Uncertain Future” 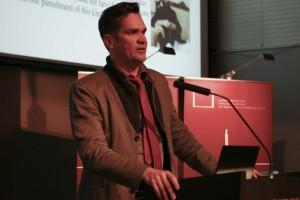 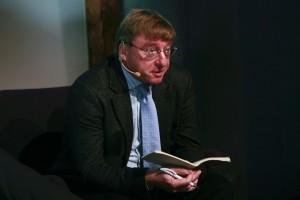 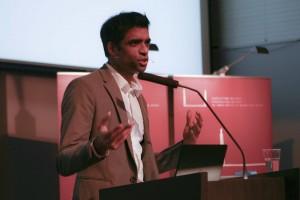 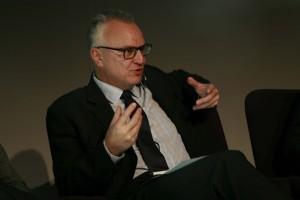 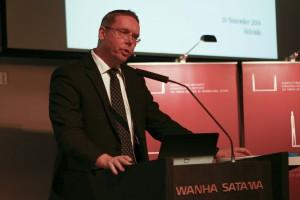