Framsida / Evenemang / Belarus after the presidential elections: Do we...
Dela med andra
Dela med andra
On the 19th of December Belarus will hold presidential elections. The incumbent, Alexander Lukashenko, who has stayed in power since 1994 and has been routinely labeled in the West as “the last dictator of Europe” is expected to win the race, and the EU is likely to recognize this outcome. What will happen after the elections, however, remains an intriguing question. The FIIA seminar will analyze the on-going changes within Belarus and address the most urgent problems of EU-Belarusian as well as Belarusian-Russian relations.

Speakers:
Belarus on the Eve of the presidential elections: domestic developments
Mr Dzianis Melyantsou, Senior Analyst, Belarusian Institute for Strategic Studies Mr Melyantsou has worked in the BISS since 2007. He is a co-founder of the newly-created Institute for Political Studies and has previously lectured at the European Humanities University in Vilnius. His academic interests include international security, Belarus’ foreign policy, Belarus-NATO relations and geopolitics.

Lukashenko’s European transit: too much to aspire?
Dr Arkady Moshes, Programme Director, Finnish Institute of International Affairs Dr Moshes follows internal and foreign policy of Belarus. He also researches and has written extensively on Russia-EU relations, internal and foreign policy of Ukraine and Russia’s policy toward the CIS and Baltic States.

Dr. Igor Torbakov, Senior Researcher at the Finnish Institute for International Affairs, introduced the speakers and welcomed the audience to the seminar devoted to the analysis of the political situation in Belarus in the run-up to the December 19 presidential election, and its consequences for the country and its principal neighbours – Russia and the European Union. He described Belarus as a post-Soviet nation which is little known and poorly understood in the West. This rather sad situation results in many misperceptions about Belarus. It is unhelpful, for example, to see Belarus as the “last dictatorship in Europe.” Rather, the country’s political regime should be understood as a highly adaptive authoritarian one, with a charismatic and ferociously populist leader at the helm who can successfully capitalise on the weaknesses of his domestic opponents and play Belarus’s big neighbours off against one another. The main objective of the seminar was thus to contribute to the demystification of Belarus’s domestic and foreign policy.

Mr. Dzianis Melyantsou, Senior Analyst at the Belarusian Institute for Strategic Studies gave an overview of the domestic developments in Belarus on the eve of the elections. He stated that this electoral campaign is unique for Belarus. The domestic situation is fundamentally affected by two external factors: Russia and the EU. This electoral campaign is also more open than the previous ones have been, and the overall political atmosphere seems to be more liberal. The conditions for campaigning have been better than previously. The candidates have had the opportunity to collect signatures freely, and they have been able to meet with voters, which is unusual for Belarus. Even live debates on state TV have been aired, and the Central Electoral Committee has had a fairly liberal approach to the elections this time, whereas previously they have banned candidates from open campaigning. However, the opposition is weak and experiencing serious difficulties – primarily because it is badly divided. The opposition forces failed to agree on a single candidate and do not coordinate the activities of their presidential hopefuls, which adds to their difficulties. It is also significant that only 0.3 % of members in local electoral committees are representatives of the opposition or of the civil society, which means that the election results could easily be falsified: the opposition and NGOs have no leverage and are basically excluded from participating in the ballot counting.

According to public opinion polls, the incumbent, President Alyaksandr Lukashenka, will get 48.2 % of the votes, but Mr. Melyantsou predicted that Lukashenka will have slightly more than 50 % of the votes, so that there won’t be a second round of the election. The public opinion poll also shows that only 10.9% of the people would participate in protest activities if the election is rigged. Mr. Melyantsou described the new pro-Russian force representing the new trend in the electoral campaign. The candidate Vladimir Niakliaeu’s “Tell the Truth” movement is seen as the most important pro-Russian political actor, and there is a huge debate going on, whether the campaign is paid by the Kremlin or not. The pro-Russian candidates, including Andrei Sannikau, are attempting to use the disputes between Moscow and Minsk in their favour and thus give a boost to their campaign.

Next, Mr Melyantsou described the factors behind the current stability of the political regime in Belarus. The regime has succeeded in achieving relative economic stability during the economic crisis. Furthermore, it has full control over all governmental institutions and electoral committees, as well as over TV and FM-radio stations. Lukashenka enjoys broad public support in Belarus and it is unlikely that there would be any mass protests or a second round of the elections. Finally, Mr. Melyantsou drew four conclusions. First, Lukashenka badly needs legitimization of his authoritarian rule from the West; to this end he is trying to “sell” to the EU some minor steps towards liberalization in domestic policy. Second, the Belarusian opposition remains divided and weak. It has no strategy to take power in Belarus. Third, Belarus’ incumbent authorities will retain full control over the economic and political situation in the country. And finally, Lukashenka will win elections even if they are free and fair, which they definitely will not.

The big question in the title of Dr Arkady Moshes’ presentation — “Lukashenka’s European transit: too much to aspire to?” — got an answer right away: yes, Dr. Moshes said, it is indeed too much to aspire to. Next in his talk, Dr. Moshes presented the key points that have to be taken into consideration regarding Belarus – by the EU, Russia, and by both these two actors collectively. The EU has to admit that Lukashenka has new legitimacy: he is a new president with the same name. There is a new generation of pensioners supporting him and besides, the country’s urban population now tends to be more supportive of him than a decade ago. According to data gathered by the Belarusian Institute for Strategic Studies, 51 % of respondents were of the opinion that the country is moving in the right direction. Also, Lukashenka no longer looks like an anti-market figure, but on the contrary appears to be seen as a pro-market-ruler. Secondly, the EU has to admit that it would be unfair to call Lukashenka the last dictator of Europe. If one compares the country with Azerbaijan, for instance, or with Russia, Lukashenka does not appear to be an exceptionally vicious autocrat. Ostracizing Minsk while embracing Moscow would only provoke accusations of double standards. Thirdly, the current electoral campaign has been much more liberal than any previous ones. Generally, Brussels is happy when it can see some positive changes, and it has to admit that this is precisely what it sees in the case of today’s Belarus.

Russia, then, has to admit that it is no longer the kingmaker in Belarus. It is now clear that Russia cannot overthrow the political regime in Belarus and that there is no significant pro-Russia forces in Belarus presently. Second, Russia cannot demonstrate to its own people that the opposition is actually able to carry out a successful campaign; it would be too risky for Russia’s power. Russia has to admit that it has different interests in Belarus at the moment. It has to also accept that Lukashenka gains from possible Russia-Belarus conflicts. The new generation in Belarus cares about sovereignty, and Lukashenka’s key message is that independence is important.

Finally, both Brussels and Moscow have to admit that Lukashenka’s Belarus is actually not sandwiched between the EU and Russia. Lukashenka’s regime is not developing in a vacuum and it has a more diversified foreign policy than people are willing to admit. Dr. Moshes concluded that, what comes to Lukashenka’s European transit, there is still hope. The economy is in a very bad shape, so Lukashenka will be compelled to start economic reforms, although it is unclear what kind of reforms these might be. Meanwhile, Belarus is becoming a normal European state. Lukashenka though wants power and we should not expect a European transit from him specifically, but we can expect it from Belarus. The EU should help the country to stay on this track.

In the Q&A session, most questions revolved around the future of Belarus and its opposition. The speakers explained that Lukashenka will need to find some kind of an exit strategy for himself, and only after that the country might move towards political democratization. The Belarusian opposition will also face a new situation, and new political leaders will have to emerge. It was also mentioned that the economic liberalization in Belarus is on its way: the country is opening up for European business. As for the presence of the pro-Russian attitudes in the country, it was stated that there are no particularly influential pro-Russian groups in Belarus. Some allegedly pro-Russian forces are just trying to use the issue in their campaign, but these groups and movements are not really pro-Russian. On the other hand, the pro-European attitudes in Belarus appear to be on the rise. 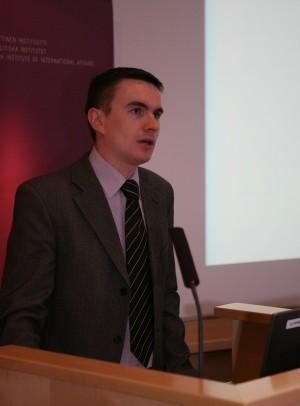 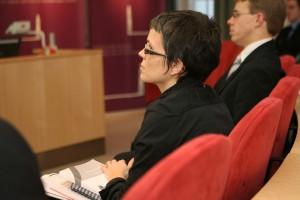 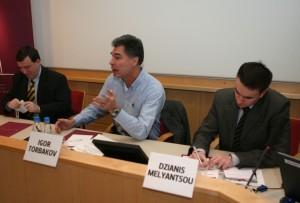 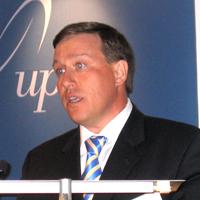