China Research Day is an annual FIIA event consisting of a public seminar followed by a networking event for the China researchers based in Finland. This year’s public seminar will focus on China’s grand strategy for its foreign policy. Liselotte Odgaard, associate professor at the Royal Danish Defence College, will discuss China’s security strategy and how it is defined vis-à-vis the Western/US liberal world order. Professor Odgaard’s areas of expertise include International Relations, Asia-Pacific Security, and China Studies. Her most recent monograph is ”China and Coexistence: Beijing’s National Security Strategy for the 21st Century” (Woodrow Wilson Center Press/Johns Hopkins University Press 2012).

Acting programme director Bart Gaens from FIIA opened the seminar by raising some introductory questions concerning China’s Grand Strategy. The first important issue is whether the seemingly tightening grip of the communist party and its more conservative rhetoric can go hand in hand with successful economic reforms while allowing the population to also reap some of the benefits. A second key question is whether Beijing will place less emphasis in its rhetoric on the ”non-interference” principle, given the need to protect Chinese interests in other countries and regions. Thirdly, how will China pursue its long-term strategic interests, and will China challenge US hegemony? If so, in what form will this challenge appear, what principles will it rely on, and to which concrete changes will this lead? Gaens stated that opinions diverge widely about China’s intentions to challenge the existing order. On the one hand there are those who think that China will continue to rise militarily along with its economic growth, and it will seek to establish regional hegemony. On the other hand there are those who speculate that China’s attention will increasingly be drawn inward to its domestic situation.

The key note lecture was given by Liselotte Odgaard, Associate Professor, Institute for Strategy, Royal Danish Defence College, with the title Between Integration and Coexistence: US and Chinese Strategies of International Order. Odgaard’s main focus in her presentation was to draw comparisons between the US and Chinese views on the international system. She started by comparing ongoing debates in the countries in question. There are two developments that shape the current debates. First is the US reorientation away from the Atlantic to the Pacific and the second big development is China’s growing economic and military capabilities. And because of the latter development, according to Odgaard, it can be clearly interpreted from the US debate that the United States tends to think China as an opponent rather than a partner.
Odgaard’s main argument was that the United States and China pursue different types of international order. She characterized the US view as an order of integration and the Chinese view as an order of coexistence. The US view is not a radically new take on the world order. It tends to support the existing system in which the US is the dominant power and it seeks to maintain the status quo. The US supports a system of integration which means that other countries should engage with the same basic values. Odgaard explained that this value-based order of integration seeks preservation of peace and stability through common habits and practices which are designed to regulate international conduct. It is a strategy of influence. US wants to maintain its influence in the world, and therefore it pursues wider integration to ensure that great power conduct takes place on the basis of common values.
According to Odgaard, China’s objective is to become a maker rather than a taker of international order. Even though there has been a significant rise in economic and military fields, China does not have the means to pose a challenge to the US or to the West. However, it tries to avoid descent to secondary power status. Odgaard stated that for China it is most important to direct resources towards domestic socio-economic development. In external relation China seeks limited cooperation. Its underlying core values are non-interference in the internal affairs of other countries, mutual non-aggression and mutual respect for sovereignty and territorial integrity, listed Odgaard.
Jyrki Kallio, researcher and China-expert from FIIA, acted as a commentator for Odgaard’s presentation. Kallio agreed with Odgaard that China wants to focus primarily in its domestic issues. China is most interested in stability, so any major changes in Chinese politics are unlikely. Kallio agreed that it is likely that China will continue with its model of coexistence and non-interference. However, China’s actions in East Asia speak of wider-ranging ambitions. Kallio noted that some academics in China propose that China should create its own value-based system.
Kallio reflected upon how Chinese world order models might look like. The Chinese proponents of such models often criticise the US/Western, nation-state based system of driving the states apart. China would rather look at the whole world as a unity, ”all under heaven”, as Kallio translated the Chinese phrase depicting this Confucian world order. The Chinese ideal would be a ”rule-based global commonwealth”, but Kallio noted that the idea implies also the existence of a centre, somebody to set the rules and values. According to some Chinese thinkers, said Kallio, the central position should belong to the country which manifests moral leadership–an indirect critique aimed at the current dominance of the USA. 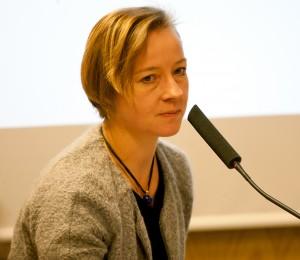 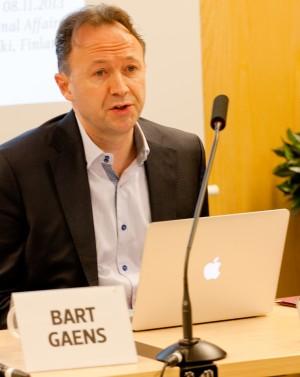 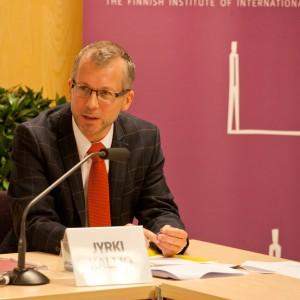