The annual China Research Day focused this year on China’s Great Power Identity. The two panel sessions were followed by a session dedicated to networking and exchanging information on relevant issues. The event was intended for everyone interested in the theme, especially those engaged in China-related studies in Finland.

Jyrki Kallio, Senior Research Fellow at the FIIA, opened the China Research Day and noted that China’s great power identity has been – and will remain – topical. The first presenter, Prof. Lauri Paltemaa, offered a historian’s point of view and said that for Chinese politicians, history is a tool that can be deployed for the purpose of ruling. There has been a transition in history writing from the emphasis of class struggle to national struggle and an attempt to reinvent the greatness of Chinese civilisation. In the ”united multiethnic state theory” all ethnic groups are seen as Chinese and without independent histories. This can serve the purposes of foreign politics in territorial disputes. The Northeast project, which claims that large parts of North Korea were once Chinese territory, is a good example of creating historical justification that would be helpful in case North Korea would collapse one day. To the question of how the Chinese define China, he noted that China is a civilisation based on common history within the contemporary borders.

Senior Research Fellow Elina Sinkkonen from FIIA argued that Chinese national attachment is more complex than often assumed and pride for one’s country as such does not make anyone nationalist. Thus, nationalism and patriotism can be seen as separate concepts when talking about Chinese national identity. In a broader context, her presentation dealt with the question of how to best understand the role of nationalism in the making of Chinese foreign policy. Domestic context matters in foreign policy making, and based on her surveys, the ‘nationalistic’ Chinese support an assertive international role and economic protectionism, whereas ‘patriotic’ respondents tend to be more cooperative. Attitudes are shaped e.g. by one’s place of origin, age, education level and whether he/she is a member of the Communist Party. Sinkkonen’s presentation raised questions about the nationalistic and patriotic elements in Chinese university education. She thinks that the education contains both elements, but anti-Japanese content in the media seems to influence students’ views more than education. Moreover, students are also critical, and even when they identify themselves as patriotic, they do not accept everything coming from above.

In his presentation, PhD candidate Teemu Naarajärvi made a distinction between identity and the role of a country, and noted that the national role conception illustrates what policymakers see as appropriate orientations or functions of their state. Recently China has had contradicting international role conceptions, which has led to a conflict of roles. For example, China has responded to increasing food insecurity with land acquisitions from Africa, but this has led to a conflict between the role of a government as a provider of food to its people and the role as a defender of African countries. China has tried to solve this conflict by supporting changes to global governance to decrease its insecurity as well as supporting developing countries. China’s new role is more that of a great power, but it still has plenty of things to do to meet its new responsibilities. Questions following the presentation concerned e.g. the clash of interests in role conflicts, which Naarajärvi saw likely, because the policymakers cannot control everything.

A Japanese view to China’s great power identity was offered by FIIA Senior Research Fellow Bart Gaens, who argued that China is portrayed as a serious threat to Japan’s national security. According to the Intergroup threat theory the perceptions of a threat and the consequences of these perceptions matter. The threat of China has resulted in various developments in Japan, including a new interpretation of the constitution, the deepening of alliances and partnerships and the use of official development assistance for strategic purposes. The media in Japan is leaning to the right and the majority of the public has a negative impression of China and sees it as a military threat. These perceptions create different responses, as some in Tokyo would prefer a more constructive relationship with China and some a stronger alliance with the US. A commentator from the audience noted, that the cultural integration between the two countries is strong and Gaens agreed that the ground level differs greatly from the official rhetoric. Japan’s ability to deal with its past was also brought into question.

The first panel was concluded with further questions on the negative attitudes in Japan and China as well as China’s reaction to the Ukraine crisis. Sinkkonen remarked that negative tones are rising in China because they sell and the media is commercialized and less dependent on the Communist Party now. Gaens noted that Japan is a consensus-based society and patriotism has gained ground because the public widely supports Prime Minister Abe’s policies. Paltemaa argued that the Ukraine crisis has benefitted China because it returns US attention back to Europe and ties Russia down. However, Russian invasion was against the idea of a responsible great power and it put China into a difficult position because it did not want to take a firm stand. China’s consistency with its principle of non-interference was also put into question by the audience. Naarajärvi argued that even abstaining from interfering is doing something, and that recent events in South Sudan and Zambia have started a discussion within China on the criteria of constructive intervention. Some also questioned the uniqueness of China and panelists widely agreed that China is as unique as other countries without any mystic. However, Naarajärvi remarked that China is in some way in a unique position, because it can choose how to behave and shape the world order in the future.

Gaens opened the second panel and Senior Lecturer Juha Vuori started with a presentation on China’s alignment to four different macro-securitization discourses. These include the Cold War, the anti-nuclear, the climate change and the war on terror discourses, which have been made security issues. Those who are to be secured, the referent objects, are ‘humanity’ or ‘civilization’. China’s role in these macro- securitization discourses has varied: in the Cold War discourse, it developed its own discourse; in case of nuclear weapons there was no discourse at all; in climate negotiations it is close to the US: and finally, it uses the war on terror for domestic purposes. It seems that China combines opportunism with diplomatic balancing in these discourses. To a question on the predictability of theories Vuori noted that even though the theory itself is not very predictive, it is likely that China will continue on the opportunist road.

In his presentation Jyrki Kallio questioned the so-called Confucian core of a Chinese international relations model. The Chinese narrative states that China’s peacefulness has long traditions and it has always found solutions from inside, not from ‘foreign soil’ as some western countries. This narrative has gained a lot of sympathy and support, and some believe that China’s success is the result of a strong government and the different interpretation of such concepts as the rule of law and democracy. We should not rank countries based on freedom and happiness, but harmony and social relations. They also think that the rise of China will result in a creative use of Confucianism. This thinking includes an idea of a cultural component that is about to challenge the West. The questions posed to Kallio included the indigenousness of the idea of cultural power and the core of China’s international relations model. The central idea in China is Tianxia, meaning ”all under heaven”. We share a common world that should be led by a moral leader.

The final presentation was given by Senior Lecturer Mikael Mattlin, who argued that China is about to challenge the established international monetary order by setting up basic financial architecture on its own. He noted that earlier China had a strategy of rational accommodation to existing international financial structures but the recent financial crisis has had many negative effects to China, which is still in the middle of a transition process. In addition, we are moving towards a system that no longer benefits China. It has responded by establishing the New Development Bank and the Asian Infrastructure Investment Bank and promoting the internationalization of Renminbi (RMB). Mattlin was asked about the future of the BRICS development bank, which he sees as important but also problematic, because other countries are afraid of China’s dominance. 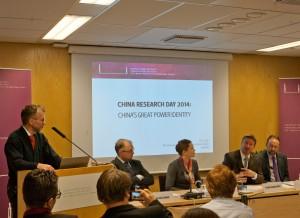 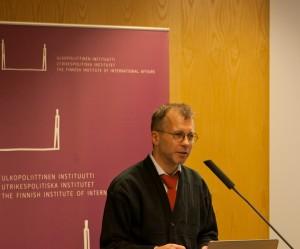 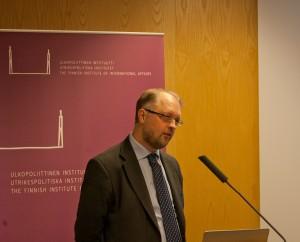 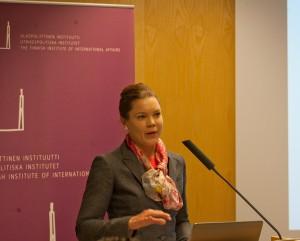 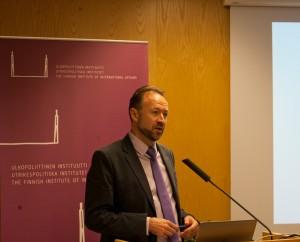 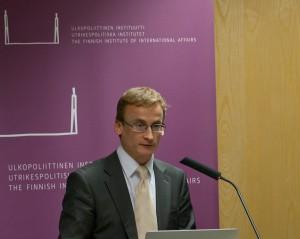 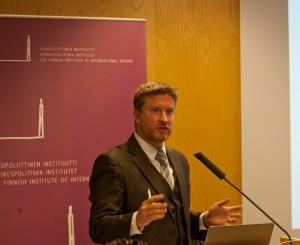 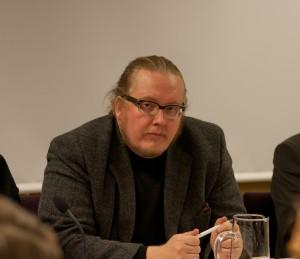