How do the borders of the EU function in practice and how are they perceived by the border and customs personnel and the travellers? What should be done to make the external borders of the EU the true ”gateways to Europe”? The seminar presents the results of a study of the monitoring of EU external land borders. The study was performed by the Finnish Institute of International Affairs in cooperation with the Stefan Batory Foundation, and research teams from seven different EU countries. The results of the project are presented in two publications, a report by the Batory foundation, and a working paper on the Finnish-Russian border by the Finnish Institute of International Affairs.

Keynote speaker:
Ilkka Laitinen, Executive Director of Frontex
Brig. Gen. Ilkka Laitinen has been the Executive Director of Frontex (European Agency for the Management of Operational Cooperation at the External Borders of the Member States of the European Union) in Warsaw since 2005. Before his current post, he served as the head of the international unit of the Finnish Border Guards.

On September 15th, the Finnish Institute of International Affairs in cooperation with Stefan Batory Foundation organised a seminar about the EU’s external borders. The seminar presented the results of a study of the monitoring of EU external land borders. The keynote speaker of the event was Mr Ilkka Laitinen, Executive Director of Frontex. Other speakers were Dr Vadim Kononenko, researcher of the Finnish Institute of International Affairs and Dr Grzegorz Gromadzki, Head of International Programme, Stefan Batory Foundation.

The commentary speech was given by Mr Henrik Lax, Member of European Parliament. Concluding remarks were made by Ms Anne Holmlund, Minister of the Interior. The event was chaired by Dr Arkady Moshes.

Dr Arkady Moshes opened the seminar by stating that the EU’s external borders are an important issue, also for the EU’s internal security. Dr Moshes pointed out that the issue will also have an impact on the image how people see the EU.

Ilkka Laitinen began his presentation by stressing the importance of the EU’s external borders when building security. Over 300 million travellers cross the EU border every year. Therefore a proper balance between freedom of individual and security issues should be established and a full respect of human rights should be practised. Frontex is an agency for border security and its main task is to help authorities of the EU member states to work together. It coordinates the member states and promotes the cooperation between member states and third countries. One of its tasks is to define threats and risks and to propose actions to ensure the physical security at the border. Mr Laitinen emphasised the importance of Frontex’s role in providing better technical solutions for border checks. According to Mr Laitinen there are four broad zones of external borders in the EU; Eastern land border, Southern Europe land and maritime border, Mediterranean and Western border and international airports of the member states, which all have different emphasis regarding the border security.

Grzegorz Gromadzki presented the study which examined the border-crossing points at the external EU border. The main problems that came out in the study were the long waiting times at the border, insufficient infrastructure and corruption. Lack of foreign languages at check points and communication with the officers were also considered problematic. According to the study the amount of corruption had decreased because of anti-corruption institutions. The general conclusion of the study was that policies concerning the functioning of the external EU land border should place an emphasis not only on security, but also on improving the conditions at border-crossing points.

Vadim Kononenko presented the study concerning the Finnish-Russian border. In recent years there has been a huge increase in traffic in the Finnish-Russian border and Finland has become an important transit country for Russians. The study showed up that people have generally positive view towards the Border Guard and Customs and also towards the visa-free regime. However, the study revealed that more language training should be in place and a poor compatibility with the regulations on the Russian side was experienced. Travellers experienced less bureaucracy on the Finnish than on the Russian side. Dr Kononenko stated that the Finnish-Russian border could be a positive model to other crossing-borders in the EU.

Henrik Lax stressed in his commentary speech that the visa policy is of primary importance for EU’s image in third countries and how the citizens in these countries perceive the union. He considered as a problem that the member states do not implement the common Schengen-rules in a coherent way. The enlargement of EU and the Schengen area with new requirements is seen as a challenge. As remedies he sees e.g. the Visa Code, enhancing cross border interaction by better access to consular services, more flexible visa conditions and biometric identifiers. In the end Mr Lax stated that EU must become far more open towards its neighbours. Also he thought that visa facilitation agreements and road maps towards visa freedom could be the solutions.

In the Q&A session there was discussion about the present situation and the challenges faced with the third countries and with the border management. It was pointed out that the EU common policy is definitely needed and a new approach to visa policy will be a key point. But it was stated that the policy making is slow therefore the changes can’t happen fast.

In her concluding remarks Anne Holmlund stated that the cooperation between Finland and Russia functions well. She also stressed Finland’s active role in the border management. The demanding tasks are the evaluation and information exchange concerning illegal labour and illegal immigrants of the third countries. Ms Holmlund proposed that the border management systems should be brought up to standards and this should be common EU interest. She also stressed the importance of integrated border management, technical assistance and capacity building.

Link to the Report published by Stefan Batory Foundation:

Gateway to Europe – Checkpoints on the EU External Land Border 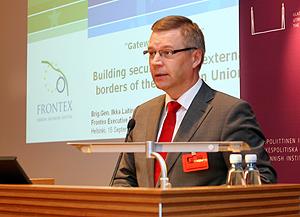 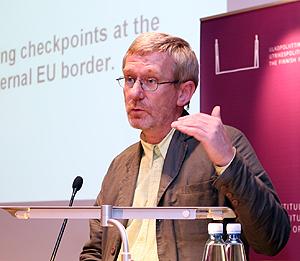 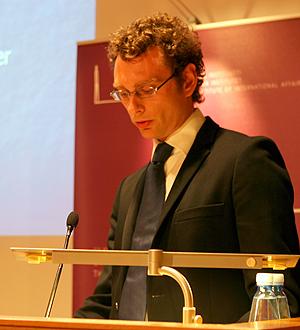 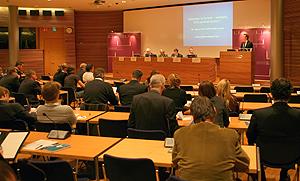 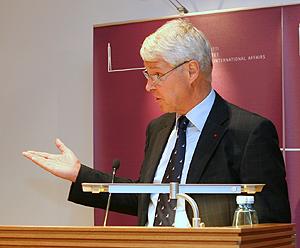 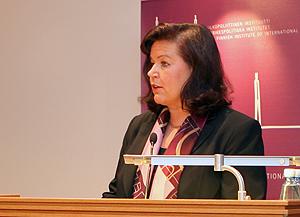 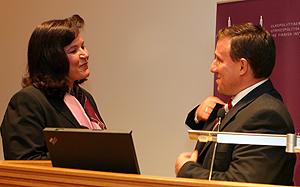