Piccone is a foreign policy and legal expert on issues of democracy, human rights, international organizations
and U.S.-Latin American affairs. Piccone serves as an advisor to the Club of Madrid, an association of over
70 former heads of state and government engaged in efforts to strengthen democracy around the world. He
has served on the National Security Council, at the State Department and Pentagon.

Sotero is an award winning journalist and from 1989 to 2006 he was the Washington correspondent for Estado
de S.Paulo, a leading Brazilian daily newspaper. Sotero is a frequent guest commentator in many media like
the BBC, CNN and Al-Jazeera. He contributes regularly to Brazilian and international newspapers, magazines
and scholarly journals. Sotero is a native of the state of São Paulo, Brazil.

The Director of the Finnish Institute of International Affairs, Dr Teija Tiilikainen welcomed the audience to the seminar the goal of which was to analyse what kind of principles the new international order will be based upon. There are new powers challenging the current position of the previous leading powers. It is argued that the Western hegemony has come to an end and that the new powers are taking over with new principles and ideas. In this seminar, these issues are tackled from the perspective of democracy promotion. The focus will be on swing states, which are large new democracies and their ideas concerning democracy promotion.

Minister Tuomioja’s speech can be read through the following link:
http://www.eilen.fi/en/1910/?language=en

Dr Mikael Wigell, Researcher at the Finnish Institute of International Affairs, begun his presentation by formulating the question at the heart of the seminar’s topic as follows: will a more multipolar world be a less democratic one? Concerns have been raised that the relative decline of the US and other Western democracies could weaken the institutions of human rights and democracy and the efforts tofoster them around the world. Dr Wigell noted that China and Russia are not expected to become strong supporters of democracy anytime soon, but that what really is key to the future of global human rights and democracy is whether the big, rising democracies; Brazil, India, South Africa, Indonesia and Turkey,will become international democracy promoters. According to Dr Wigell, the direction in which they swing will define the future of global democracy and human rights agenda. He mentioned the voting records on these issues in international organisations tobe revelatory of their current stands. The records reveal positions ranging from pragmatism to fairly strict allegiance to traditional principles of state sovereignty and non-interventionism. They also show these rising democracies to be fairly inconsistent and often reluctant advocates for democracy and human rights on the international stage. Instead, their foreign policy seems to focus more on fostering friendly relations with other governments. However, looking beyond strict voting data shows that these rising democracies are willing to play a role in supporting the strengthening of democracy and human rights, but that this is to be done on their own terms, mainly using quiet diplomacy and mediation, and using coercive methods as the very last resort.

Dr Wigell argued that the well-established democracies should embrace this trend and encourage cooperation and dialogue with rising democracies because their potential value is considerable. They stand as powerful symbols of the potentiality of democracy around the world and their existence proves wrong that democracy would not be suited for non-Western societies or countries struggling with economic and social development. Dr Wigell noted that the one importan tdifference has been that the established Western democracies consider democracy and human rights as key contributors to political stability, international peace, economic growth and sustainable development, while the emerging democracies have a tendency to undervalue the instrumental role that democracy and human rights can play in reaching them. He believes that the deepening of democracy in the emerging democracies will make their governments more vocal on democratic values also in their foreign policy. As these states become more powerful players on the international stage, Dr Wigell also believes that the pro-sovereignty, anti-interventionist approach that so far has characterised the rising democracies, will gradually relax to some extent. As to the US and European governments who would like these rising democracies to take a more active rolein human rights and democracy promotion, Dr Wigell reminded that it is important to remain patient and not to push this agenda too fast and too far, as this can cause a backlash especially when done in a very public, visible and provocative manner.

Mr Paulo Sotero, Director of the Brazil Institute at the Woodrow Wilson Institute, presented the Brazilian perspective on democracy and its promotion internationally. Mr Sotero said that democracy to Brazilians is not only a Western value but rather a Brazilian value which is built upon by Brazilians on a daily basis. In his view, Brazil contributes to the democracy discussion through its own experience and historical example, which are at the basis of its own conception of democracy. This includes the reduction of inequality through economicdevelopment and the fight against impunity through some unprecedented corruption trials taking place in Brazil. Mr Sotero talked about Brazil’s efforts in promoting democracy internationally and said they are not necessarily highly visible actions but that they are there as very concrete suggestions on how to improve democracy through means and methods that have proven successful in Brazil. As examples, he mentioned the help that Brazil has offered African countries with their systems of electronic voting or collaboration with countries in its own region through sharing information about social programmes that were very useful in stabilising Brazilian democracy. Mr Sotero underlined that Brazilians do not define their belief in democracy through some concept coming from others but that democracy and human rights are values that the country has fought to acquire in its own society and they are still in the beginning of their struggle. He concluded by saying that Brazil is a Western democracy based on Western values, which is in the process of perfecting itself with a leader who knows that what gives legitimacy to Brazil’s democracy is its capacity to produce fair economic results to its population.

During the discussion, issues such as the impact of the rise of the swing states on aid conditionality as a tool of democracy promotion, and the future and value of multilateralism were discussed. Dr Wigell argued that using conditionality as a method to promote human rights and democracy will become more difficult, at least in the shortterm. He said it is already seen in Africa that conditionality does not work as effectively as it used to, because African countries do not need European and US money as much as before because they are flooded by Chinese resources that come without conditionality. Dr Wigell believes that in the long term, however,the rising democracies might come to see that conditionality is a good instrument. On the issue of the future of multilateralism, Mr Sotero said Brazil defends multilateralism above everything, and he did not see any incompatibility with the fact that they base their actions for democracy and human rights on their own experience, as it is not about promoting a set of values that would be different from others’ view on human rights and democracy. They are merely led to action and inspired by their own experience. He finds it sometimes counterproductive when more established democracies expect that once they have decided what the best solution is, everyone else should accept and follow. He believes that the Brazilians’ way of debating the issues internally is a more mature way of developing the concept of democracy. Dr Wigell said he does not believe that there is so much of a difference between the so-called old and new democracies when it comes to content, but what they do not agree on always is how to pursue democracy promotion. 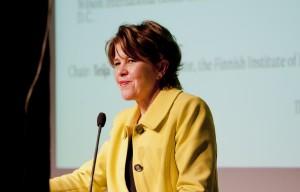 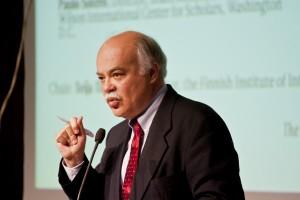 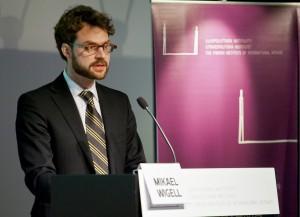 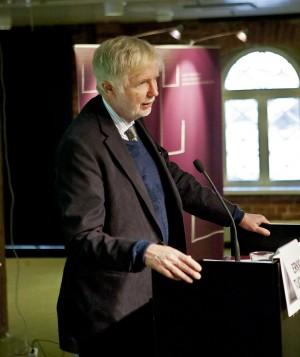 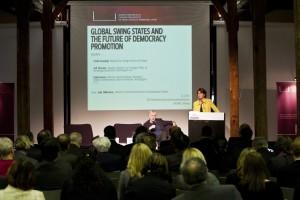