The UPI-FIIA seminar on the 24th of September centered on the topic of the connection points of international relations scholarship and policy making. The Institute had the pleasure of welcoming Professor Stephen Krasner from Stanford University to speak on the subject. Professor Krasner is a renowned international relations scholar, probably most known for his contributions relating to the concepts and issue areas of international regimes and sovereignty. From the year 2005 to 2007 he held the position of Director of Policy Planning at the United States Department of State, indeed the first career academic to do so.

International relations scholarship does influence policy making to some extent – albeit far less than some other social sciences, most notably economics. It must be borne in mind that the policy process in the US receives ideational input and impressions from the various think tanks and research organizations in the country. However, the translation of academic analyses into policy making insight is not unproblematic. Political research looks at past events with the benefit of hindsight and with much time for reflection, whereas policy planners must look forward with incomplete information and make swift decisions reacting to a constantly changing environment. Indeed, time is not a luxury enjoyed by top government officials when making decisions. Professor Krasner actually described political decision making as having to rely on intuition and blink-of-an-eye decisions ideally informed by subconscious intellectual processes. Academic reflection, on the other hand, commonly has –and should have – time at its disposal. Time and analytical depth form thus the advantages of academic scholarship in contributing to everyday policy making.

Professor Krasner went on to briefly describe the Policy Planning department at the State Department and elaborate on how the work of his former department contributes to US foreign policy making. The Policy Planning department employs some 15 people, ranging from foreign policy experts to civil servants to foreign service officials. The department’s work and roles in policy making can be described in a fourfold manner and are in fact very far from the common notion of “planning” in the traditional sense of drafting a future trajectory for some given policy area.

The main task of the department is to aspire to formulate a grand strategy of US foreign policy. This grand strategy is not a plan as such but rather an intellectual overlay which can then inform a wide array of foreign policy decisions. A good example of a grand strategy is George Kennan’s (also a former Director of Policy Planning) containment strategy in the early years of the Cold War. These strategies and foreign policy are often mutually constitutive: strategies guide policy making but they also often capture an already existing strategic idea or climate within top US government. The second task of Policy Planning is to produce specific policy initiatives. The department may also supply point persons and experts for specific policy issue areas to share their expertise in policy making. Finally, Policy Planning produces background memoranda for policy makers on various topics.

Professor Krasner shared an anecdote here to illustrate the oscillating responsiveness of policy makers to the Policy Planning department on one hand, and to shed light on the haphazard nature of everyday policy making on the other hand. A member of Policy Planning produced a memo putting forward the proposition that China should be a “responsible stakeholder” in the international system. This argument resonated poorly within US policy makers and the memo was forgotten. After some time, however, a demand was created for a well formulated US stance to be communicated to China on their role in the world and following a coincidental meeting between the memo author and a government official the memo resurfaced as US official rhetoric. 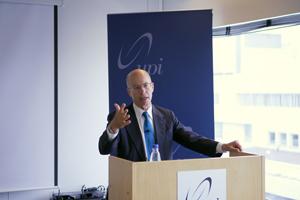 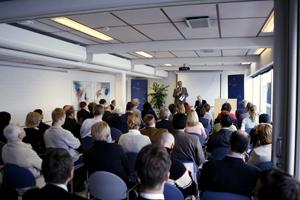 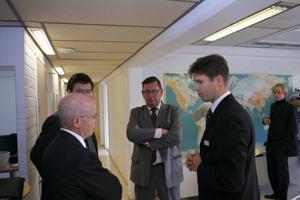