External events have driven NATO members to focus on collective defence in a way not seen since the Cold War. Though collective defence has been strengthened through small steps since 2009, it was the decisions and commitments made at the Wales Summit that completed the reorientation of NATO back to a defence alliance. Will implementation of the decisions receive the required support in the member states? Are the European NATO members capable of carrying the economic responsibility expected from them? What will the relationship between NATO and Russia look like in the medium term and what are the conditions of normalising the relationship? Finland and Sweden also had their partnerships with NATO strengthened: How should they utilise this three year window of historic cooperation opportunities?

Jonathan Parish studied at universities in Sheffield and Aix-en-Provence as well as at the German Federal Armed Forces’ University in Hamburg. Following graduation from the Royal Military Academy Sandhurst, he trained as a helicopter

pilot. His last appointment in the British Army was at Headquarters NATO where initially he led the staff responsible for the military aspects of Combating Terrorism and NATO Enlargement and then served as Policy Planning Officer within

Dr Tuomas Forsberg is Professor of International Relations at the University of Tampere. He holds a PhD from the University of Wales, Aberystwyth. Forsberg has researched the end of the Cold War and the relationships between great
powers. In addition, his research interests include the EU’s foreign and security policy, the feasibility of a global truth commission, and conflict resolution.

Yrsa Grüne has been the editorial writer at Hufvudstadsbladet since 2008. From the 1980’s until 2008 she was reporting from conflict areas in Latin America, the Balkans and the Middle East.Her main areas are security and defense policy & international politics. Grüne has also been on several assignments in disaster areas, working for the International Federation of Red Cross and Red Crescent Societies. She holds a BA degree in Economics & Business Administration from the Swedish School of Economics & Business Administration in Helsinki.

Teija Tiilikainen, Director of the Finnish Institute of International Affairs, opened the seminar by questioning whether NATO is moving towards its original tasks laid down in the Article 5 of the North Atlantic Treaty.

Deputy Assistant Secretary General for Defence Policy and Planning at NATO Jonathan Parish acknowledged Finland’s contribution to NATO-led operations in Kosovo and in Afghanistan, and Finland’s important role in the recent Wales Summit. Mr. Parish then gave an overview of NATO’s past, its current situation and its future. He emphasised that NATO’s purpose in the 1949 Washington Treaty was to safeguard the freedom and security of all its member states by political and military means and that this purpose will remain. The only thing that has changed is how this safeguarding should be done, which depends on the prevailing security environment. According to Mr. Parish, NATO has not gone back to its roots, because the recent situation with multiple security challenges differs from the era of the Cold War, when the strategic environment was dominated by a single threat, the Soviet Union. Although collective defence has been emphasised lately, it does not mean that the two other core tasks – crisis management and cooperative security – have been forgotten. The Readiness Action Plan adopted at the Wales Summit to tackle new security challenges includes a comprehensive package of defence measures. For example, NATO aims to enhance its Response Force by establishing a Very High Readiness Joint Task Force. According to Mr. Parish, NATO will also help other countries such as Georgia to improve their capabilities. It provides practical support to Ukraine, including for example military advice. Moldova has also recently requested assistance and NATO is now looking for different ways to support it. Mr. Parish concluded by stressing the increased opportunities and cooperation between NATO and its partner countries, which were outlined at the Wales Summit.

Dr. Tuomas Forsberg from the University of Tampere gave an overview of NATO-Russia relations. He remarked that the relationship was not doomed to fail from the beginning. It has evolved over time because of international events, but also because of the domestic politics of Russia. Even though NATO is now looking at Russia as an adversary, Dr. Forsberg emphasised that NATO is not worried about a major war with Russia. It is not at the top of the U.S. agenda and U.S. presence in Europe is not increasing. Russia’s rapprochement with NATO came to an end because Putin abandoned Western values. According to Dr. Forsberg, Russia seeks symbolic recognition as a great power and it became frustrated because it was not treated as an equal partner. However, the main reason for Putin’s change of mind was not the actions of NATO, but the Colour Revolution in Ukraine. Dr. Forsberg noted that if NATO has not been the key cause of the conflict in Ukraine, it cannot be the key solution either. Therefore it should not abandon its core values and roots.

Yrsa Grüne, editorial writer at the Hufvudstadsbladet, commented that we should not forget the domestic politics of Russia. According to her, Finland has not been very active in cooperation with NATO, and Finland is afraid of provoking Russia with the possible NATO membership. She stated that, in the current Nordic security context, deeper cooperation between Finland and Sweden could not only rely on peacetime measures.Russia has indicated that it does not want Finland to join NATO. It has many ways to persuade countries to act in a certain manner, as for example by information war. Ms. Grüne does not believe that Finland would seek NATO membership in the near future and even if it did, many NATO member countries such as Germany and Greece might not support Finland’s membership.

The floor was then opened to questions, and Dr. Tiilikainen asked what Finland’s enhanced partnership status means in the current security environment. Mr. Parish stated that the decision to apply for NATO membership is solely a sovereign decision of Finland and that the effects of this are purely hypothetical. Enhanced partnership status also includes various opportunities for Finland to contribute to global security and stability. Dr. Forsberg added that helping countries under attack is a political decision that can be made even without the Article 5 circumstances. He also wondered whether Finland already bears the cost of being part of the West without having the security bonus. A comment from the audience highlighted the fact that even though alliances are based on treaties, diplomatic documents are not the essence of the matter, but how far the partners are prepared and capable to defend each other. 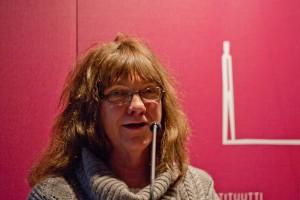 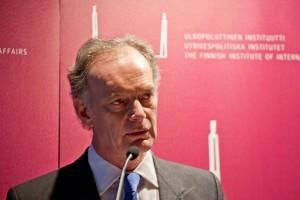 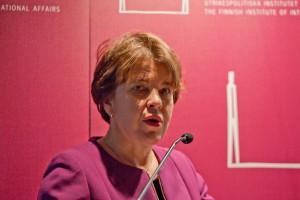 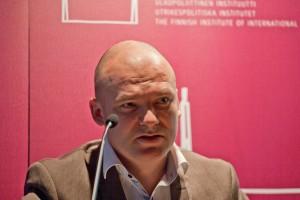