Peace. Democracy. Development. Achieving all three in Afghanistan would be historic. The past decade has seen enough seeds planted that we may actually witness it. Once again the future of Afghanistan and the region are nearing a crossroads. The reduction in broad international assistance and attention places heavy demands on Afghans to find peace and develop their own version of democracy. Decisions agreed to at the NATO meeting in Chicago will impact Afghanistan’s security for years to come. However, the biggest challenges are ones which Afghans must overcome by themselves, convincing most Afghans about the need for change, minimizing internal resistance to change, and managing relations with neighboring countries so that they no longer view genuine regional cooperation as a zero-sum game. Afghans themselves must continue to argue for a more significant role for women in national politics, receiving support from outsiders when it is appropriate, as well as balance general development needs and priorities with support for an ever growing list of human rights.

Transition and prospects for Peace: Where next after Chicago?

Spheres of Resistance and Change – Internal and external challenges to peace.

The role for women and human rights defenders in Afghanistan

The seminar acted as a follow-up for numerous discussions on what had gone wrong in Afghanistan since the beginning of the ISAF operation in 2001. The aim was to discuss what could be done in the near future to improve the security situation in the country, and to turn the internal development in Afghanistan towards lasting peace.

The seminar was opened by Charly Salonius-Pasternak and Juha-Matti Seppänen. Both recognised how difficult the current situation is in Afghanistan, and agreed that a political settlement will be hard to reach, yet vital for a lasting solution.  The ingredients for success were all there in 2001, when the NATO lead mission first started. Now there is a need to bring back the sense of hope that existed then among both the Afghans and the international community.

The first speaker was Thomas Ruttig who focused on the transition of 2014, the prospects for peace in Afghanistan, and the prerequisites for this. He underlined that even though the 2014 deadline has been seen as a definitive one in many of the countries participating in the ISAF mission, the transition of power does not mean a complete withdrawal of the international community, nor the end of NATO engagement in the country. The problems in Afghanistan have not been solved, yet the transition debate has been dominated by domestic political issues of the countries whose troops have been involved. The mission has not resulted in what was expected from it.  It has somewhat failed, since it has not been able to establish security, or achieve peace in the country. The transition is however needed, but the question is, whether this is the right moment for it and whether Afghans are ready for it.

What can still be done before, and also after 2014, by the international community and by the Afghans? It is now clear that there is a need to communicate with the Taliban, as well as everyone else labelled as an insurgent. The Taliban is also aware of this need, since it cannot expect an easy military victory. The channels of discussions with them have been opened, however the connection is still very fragile.

For a lasting peace, most important would be for the Afghan government to show to both Afghans as well as to the international community, that they are a reliable and stable actor. It is clear that a political solution is the only possible solution to the situation, as the military operation has failed in bringing peace. Thus the time that is left should be used for creating a national consensus on a political solution. For a viable settlement, all Afghans should feel that they have been included in the process. It is very important to engage the new generation of under 30-year-olds into politics, as they form 60 % of the country’s population. Democracy needs to be strengthened, and the international community would do well to assist in any way to make sure  that the presidential elections of 2014 are seen as being legitimate. It is also vital that the assassination campaigns that are taking place in the country are stopped, both by the insurgents and US led (mainly ISAF) forces

The second speaker, Gran Heward, gave insights on the current state of the Afghan society. The international intervention was incomplete, and many aspects of it did not function at all. However, changes did occur as a result, as evidenced by a closed society becoming more opera and civic engagement increasing.

Mr. Heward went on to describe how since the beginning of the Western intervention to Afghanistan, two opposing forces have arisen. The younger generation is welcoming change and wants to see a more open Afghanistan, whereas the resistance to change comes from the conservative jihadist movements that were already involved in the civil war in 1992-96.

The younger generation has sometimes taken their desire for change into the streets. Mr Heward gave examples on groups that have been formed recently, for instance to support women’s rights or to oppose corruption. These movements represent new type of civilian involvement, bringing out difficult questions. The effects of these movements can be difficult to measure and evaluate, but they represent a change in the atmosphere of Afghanistan. In contradiction, the conservatives have the monopoly of power in Afghanistan, and they frequently resist to both the generational change, as well as oppose peace in the fear of losing their dominance over the country.

In sum, there is a need to support the peace talks, encourage peace and engage all political sides in the discussion, especially those conservative forces that are now efficiently blocking the development towards a lasting peace.

The third speaker Sari Kouvo presented and discussed the situation of women in Afghanistan. She underlined the need to recall that Afghan women are not a homogenous group, and that they are not separate from the rest of the population. Most important for both men and women is lasting peace. Once the level of violence has gone down, it is possible to start working towards change. What mostly needs support from the west right now, is the space in which people who desire the change can work in.

Looking at the international community’s efforts in women’s issues reveals a major shift in how Western priorities have changed during the last decade. In 2001, Afghan women were in the core of Western politicians’ rhetoric. The attention given to women then was unprecedented, even if some of this engagement was either naïve or counterproductive. Then it was mistakenly thought that the Taliban was the only source of discrimination against women. Other factors such as poverty, low level of education, religion, and local customs were ignored. In addition, women who did not fit into the Western ideal of a liberated non-religious Afghan woman, were often not listened to.

It seems that the Western interest in promoting women’s issues has decreased during the last couple of years. This has a wider effect on what happens in the Afghan society, and affects the discourse in the country. The first indicator was president Karzai’s recent comment opposing women’s rights, which resulted in no public debate, neither within Afghanistan, nor in the West. It seems that the West is willing to compromise some key principles in order to leave the country in a timely manner. However, the key role the international community should have is to ensure that every society upholds international norms to the extent that the people of each country are able to decide what kind of country they wish to live in. In Afghanistan, the voice of the majority of the people has not been heard in this matter.

The questions and answers touched upon issues such as the development of Afghan government institutions, and the role of young people and societal change as well as foreign investments in the country. 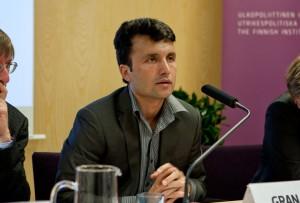 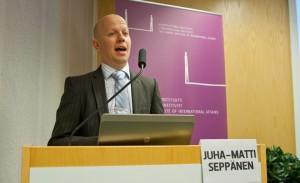 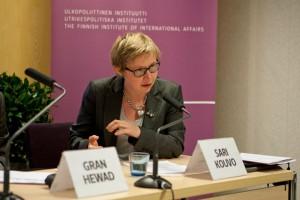 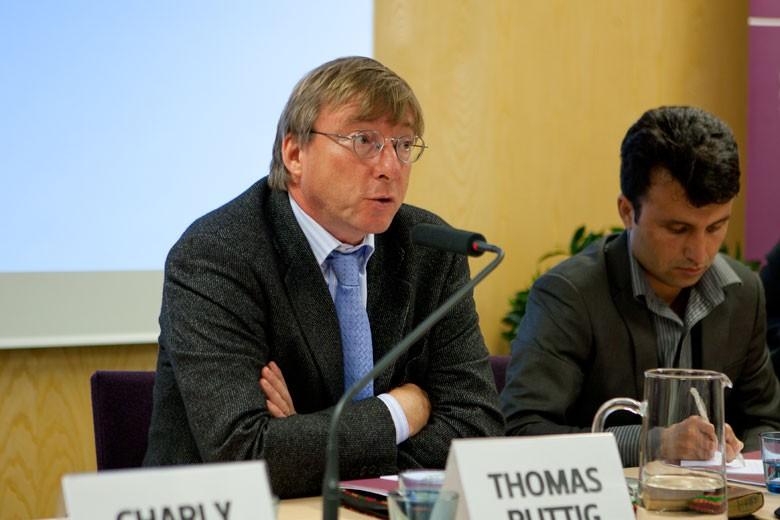