Beyond this background, the presentation moved on to China. The position outlined was that China is to make a ‘binding’ commitment on carbon intensity, which would not be contingent on international support and to be measured, verified and reported nationally. This commitment is to reduce emissions intensity per unit GDP by 40-45% below 2005 levels by 2020. This is consistent with the IEA’s scenario of 450ppm carbon dioxide. In attaining this goal, the Communist Party has a strong-self interest. Alongside this, a renewables target for 2020 is set at 15% of energy production.
Moving onto the case of the USA, the Obama administration is also ready to enter into a binding agreement, also with national MRVing. The pledge is to cut emissions by 17-20% from 2005 levels by 2020. This would only amount to a relatively meagre -4% below 1990 levels (the baseline used by most countries for pledges) and is not consistent with the 450ppm IEA scenario. The US also has the target of 15% renewable energy by 2020. Problems it will have to face in reaching these goals and in negotiations are weak car efficiency, trade measures, IPR and finance.
In conclusion, Hans Verolme expressed his doubts that Copenhagen can deliver a deal that would be compatible with what the current science dictates necessary to limit warming to 2 degrees or below. Other concerns were the asymmetry of the negotiations and the problem of securing comparability of US action whilst at the same time not jeopardising Senate ratification of the deal.
The Q&A session opened with a query on what Japan was willing to do domestically to meet its goals. Mr Luta reiterated Japanese plans for a mandatory Emissions Trading Scheme, two carbon taxes and feed-in tariffs for renewables. On the subject of Saudi Arabia, one member of audience asked for clarification of the perceived declining role of the Kingdom, and what were the Western/US interests in engaging the Saudis on climate change. Ms Luomi qualified this to mean a declining role within the context of climate change negotiations. As Brazil, South Africa, India and China (‘BASIC) countries are moving to offer their own positions rather than as part of the G77 block, the group itself – and thus Saudi Arabia as part of it – is becoming less important. Secondly, stability in the Kingdom can be seen to come from oil revenues, which, given their percentage of GDP, maintain the standard of living. If this income is removed, the state could well become unstable, jeopardising a key US security ally. Returning to Japan, Mr Luta responded to a question on the paradox of Japan offering an ambitious pledge whilst business in the state is very much against such mitigation efforts. He pointed to domestic politics and that the recent victors in the election were formed through a hatred of the party that had dominated for 50 years. The target is a u-turn and withering attack on the previous regime’s position to climate change.
Returning to Saudi issues, Ms Luomi was asked what the KSA wants from Copenhagen. She responded that the KSA are essentially seeking 4 things – no commitments; no developing country commitments; to block a deal that damages oil revenues; and clean oil technology and the funding for it.
The audience asked that since US is not part of the Kyoto Protocol, what can it bring to the table at COP15? The panel responded opining that Obama says ‘yes, we can’, but he might not say ‘yes, we will’. He understands, he will come, and will do something, but at present no-one knows what that will be or its impacts. Following on from this the panel’s Anna Korppoo asked Hans Verolme if the Chinese targets are enough for the US? In reply, he said that numbers (intensity goals) themselves are great, but it’s a political question as to whether it’s good. Some senators would want China to match US, which is impossible. Next, a Greenpeace representative enquired as to how realistic a politically binding agreement is. Mr Verolme took the opportunity to respond, highlighting that Kyoto started as COP decision that ended as a treaty. But now how to change it into a regime? Mr Verolme was positive that the world needs a new system from 2020 – one which gives incentives for action, differentiates and offers common benefits and does not create two camps. The final question put forward asked what else can US do to get the big deal comparable? The response advanced that the US administration has a battle on its hands, and cannot make long-term funding commitments unless it was written in law, which can’t happen before domestic legislation is in place.
For more on the background of the talks and the positions of the major emitters, please see the publication launched alongside the seminar ‘Towards a new climate regime?
The key players gearing up for Copenhagen’. 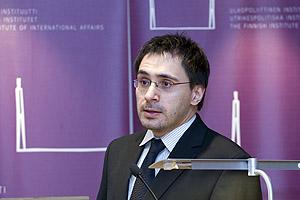 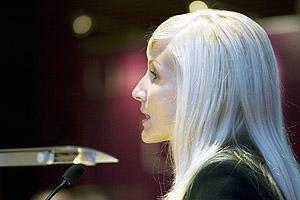 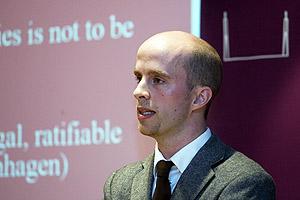 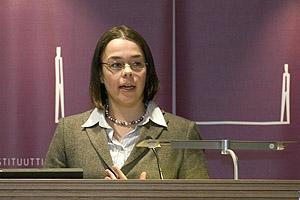 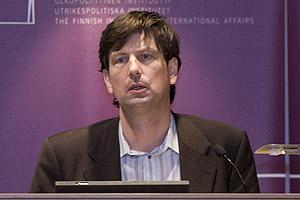 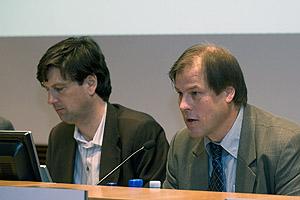