Russian patriotism with anti-Western and anti-liberal overtones has emerged as a state ideology during president Putin’s third term. This ideology leans heavily on the past: the victory in the Great Patriotic War and Russia as a ’derzhava’, a great power. In the name of patriotism, the state appears to have claimed a monopoly on historical interpretations and imposed restrictions on history books, the media, literature and art. The seminar explores the expressions, nuances and limits of this strengthened patriotism in today’s Russia.

The seminar is organised by the Finnish Institute of International Affairs, in cooperation with the Foreign Ministry of Finland and the Moscow School of Civic Education.

In his opening remarks, Arkady Moshes said there are two competing lines of thought concerning nationalism in Russia at the moment. The first one is supported by people close to the Kremlin and claims that nationalism is a monster and the government is the only controlling force preventing a nationalist takeover. Thus, Mr Putin’s rule is the best the West can get, and thus it should be happy with it, they argue. A competing, less developed line of thought argues that nationalists in Russia do not have a powerful electorate or a street movement on their side and that they could not seriously affect the government, Mr Moshes said. Whereas nationalism has been debated in Russia for quite some time, patriotism has only recently come up on the agenda, Mr Moshes argued. According to him, the question essentially is: what is patriotism and who defined it? Who owns nationalism and patriotism in Russia?

In his remarks, Mikhail Fishman stressed how important it is to understand that there is a big difference in what nationalism and patriotism were a decade ago and what they are now. The inferiority complex towards the West can clearly be seen in Mr Putin’s character and thus more widely in Russian politics. This inferiority didn’t go away even when the Russian economy boomed and the standards of living began to rise sharply. During the first decade of the 2000s money simply kept falling from the sky to the Russian government and to Russians when the oil revenues soared. This can be called social schizophrenia: Russians were able to have a better life without really doing anything differently. The labour productivity did not rise or other major changes in production did not take place, Mr Fishman argued. During the boom, materialism became the main ideology in Russia. Since the growth stopped, there hasn’t been any real ideological rethinking.

Lately, all of this has come at a crossroads. The annexation of Crimea changed things overnight. It meant that people are ready to get out of their comfort zones and that ideas have started to mean even more than money. Xenophobia has started to absorb the energy around Crimea and is changing into something new, Mr Fishman argued. There’s a totally new state of emotion within the Russian society, a social mind of sorts. At the same time, people are getting tired of talking about Ukraine. Therefore, the government needs a new crisis to keep the energy levels up, or else the society is going to create a crisis of its own. The biggest risk group that could be the target of this internal crisis is the minorities. The worst case would be the two things happening simultaneously: a new government-imposed crisis taking place at the same time with a new crisis within the society, Mr Fishman said.

Taking the stage after Mr Fishman, Alexei Makarkin argued that there are three different subcultures or groups in Russian nationalism. The first of these groups can be called imperialist nationalists that have Aleksandr Dugin and Dmitry Volodikhin as their main ideologues. The imperialist nationalists long for the ”Great Russia”, the derzhava.The second subculture can be called ethnic nationalists and its ideologues are for example Konstantin Krylov and Egor Kholmogorov. Their main agenda and slogan is to have Russia for the Russians. The third group is Soviet nationalists who are closer to the imperialists and long for the ”greatness” of the Soviet times, and can thus also be called Soviet nostalgists. Their main ideologues are Sergey Kara-Murza and Vitaly Tretyakov.

In addition to these three groups, there is a fourth group as well, the Zapadniki nationalists or Westernisers, who also use nationalistic argumentation and consider themselves patriots just like the other groups, but at the same time wish for Russia to have democratic elections and freedom of speech. This group started to lose ground in the years 2012–13 since Putin returned to power and are currently seeing their influence and support decrease. According to Mr Makarkin, the imperialist nationalists have gained momentum and they already make up 60–80 percent of all nationalists, and the two other groups—the ethnic nationalists and the Soviet nostalgists—have around 10 percent each.

Changes to the general nationalist ideology that encompasses all the groups since the annexation of Crimea have been minor. The materialistic ideology and individualism have not been fully replaced by collectivism and an anti-Western ideology, because only a fraction of the people is really ready to make sacrifices. One could say that there is a nationalistic hysteria in Russia, but that is not going to last long, Mr Makarkin said.

In his remarks, Nikita Sokolov argued that when we look at the current situation through a historical perspective, we see that the kind of patriotic hysteria we are witnessing now has happened many times before. It takes place when domestic reforms stop for some reason: the failings in domestic policy are balanced by victories in foreign policy. This happened with Nicholas I and with Alexander II in the 19thcentury and also with the Stolypin reforms before the First World War, he argued.

According to Mr Sokolov, the nationalistic boom is not just about a ”pragmatic” enlargement of the empire. We didn’t see a boom when Finland was added to the empire in 1809, nor did we see one in the mid-19thcentury with Central Asia. This has more to do with the nature of the enlargement. When it is ”fictional” like in the case of Crimea, a boom is needed to legitimise it domestically. We saw it before the First World War and then again in the aftermath of the Second World War with communism taking over Eastern Europe. We see the same thing happening in Russia again, and the results can be catastrophic.

The idea of a Russian world (Russkiy mir) that is currently promoted by the government lacks any real content. What are the traditions we keep hearing about that are reportedly not upheld in the West and are defended by Russia? There are no actual examples, the content is simply lacking. This messianic idea of Russia leading its own world, now used not only domestically but also in foreign policy, is based merely on hysteria and will eventually dissolve, because there is no basis for it, Mr Sokolov argued.

In his comments, Igor Mintusov stressed that the regime change of 2011–12 should be called a conservative revolution: politics have transformed into something much more conservative after Putin’s return to the presidency. During his previous terms, Putin balanced between liberals and conservatives, but now he balances between moderate conservatives and radical conservatives, Mr Mintusov argued. This development has also seen patriotism become a mainstream ideology in Russian politics. Patriotism is also good business for Russian politicians. According to a poll, two in three Duma MPs do not have an ideology and simply claim to be realists, so patriotism comes in handy when ideology is needed, Mr Mintusov said.

Taking the stage after Mr Mintusov, Jussi Lassila said that nationalism is very important political capital in Russia. In order to be a prominent politician in Russia, one has to have a nationalistic agenda in some way. The good thing about this rise of nationalistic ideas is that it is still more talk and less actions. The true grassroots of nationalist mobilisation are still missing and will be. Mr Lassila also claimed that Putin used moderate nationalism or patriotism to control the more radical branch of nationalism during his first terms, but after the 2011–12 changes, the situation is getting out of hand. The political apathy and indifference has helped the Kremlin to hold on to power, but at the same time it needs to address the radical nationalists’ wishes more and more, Mr Lassila argued.

In her closing remarks, Elena Nemirovskaya argued that the general line of thought in Russia is currently moving in the same direction it did during the Soviet Union. People have started to think that other countries threaten Russia and that Russia needs to defend itself from the West. At this difficult time, we need to make sure people realise how important it is to be partners with one another and to be able to live side by side peacefully, she concluded. 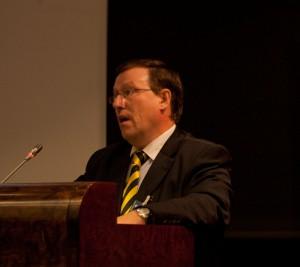 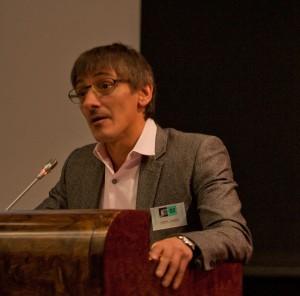 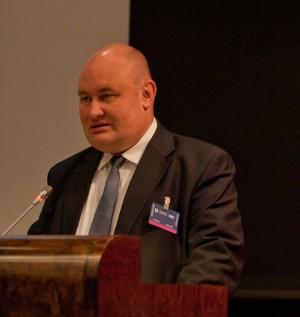 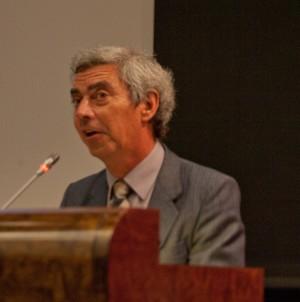 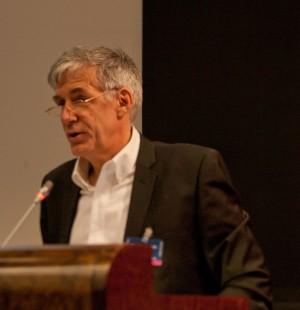 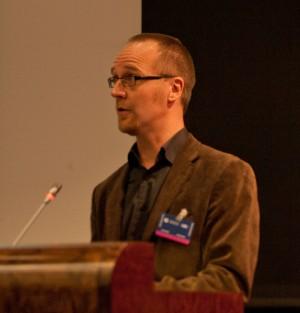 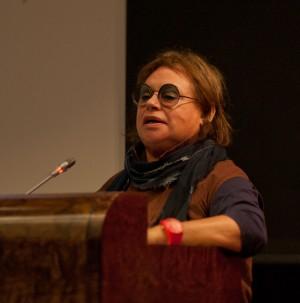