NATO Secretary General Jaap de Hoop Scheffer visited Finland on the 8th of November. The visit was hosted by Finnish Foreign Minister Ilkka Kanerva. Mr de Hoop Scheffer met with Finnish top political leadership and had discussions on the topics of NATO’s partnerships, crisis management and NATO Response Force (NRF) . The Secretary General complemented these official meetings with a seminar “NATO Today and Tomorrow” arranged by the FIIA and the Ministry for Foreign Affairs.

The Secretary General acknowledged that NATO is the subject of an increasingly lively political and public debate in Finland. The question “What is NATO today” is the crux of any informed debate on Finland’s relationship with the Atlantic Alliance. NATO has outlived the very threats of the Cold War that brought it into existence almost six decades ago. Mr de Hoop Scheffer argued that NATO’s role as champion of Western democratic values always transcended its original mission of military deterrence; this was a role the Alliance could then focus on after the end of the bipolar world order. Associating Russia and new European democracies with Europe and addressing the Balkan crisis were among the new tasks of the NATO in the post-Cold War world.

9/11 terrorist attacks were a watershed in post-Cold War international security environment signalling a new era of globalized insecurity and prompted yet another redefinition of the role of NATO. Main security challenges for Europe are now global in nature and the Atlantic Alliance needs to engage with existing crises and pre-empt potential ones – examples include Afghanistan and Kosovo. Currently NATO and its partners operate on the concept of comprehensive approach to crisis management: development and security are inseparable. The essence of NATO lies hence in its base of values and in its ability to adapt and respond to modern security challenges. It is a Euroatlantic Alliance , however, and should not be viewed as a global police.

Finland is one of the oldest and most active partner countries of NATO-Finland has, de Hoop Scheffer argued, understood the importance of the complementarity of territorial defence and global comprehensive crisis management. Finland is a key contributor to NATO-led crisis management operations worldwide and the Alliance welcomes Finland’s interest in the possible contribution to NRF troops. A framework for partner involvement in the NRF is already in place including gradual involvement with no commitment to contribute to a particular operation. Development of partnership with Finland is also in the common interest of NATO and Finland: work is in progress to facilitate e.g. information sharing..

Dr Risto Penttilä took to the podium next, reflecting on the Secretary General’s speech. Dr Penttilä outlined the public opinion climate in Finland as largely negative towards Finland’s possible NATO membership but added that, in his view, the more informed people are about the Alliance, the less they tend to oppose Finnish close relationship with or membership in NATO. The upcoming Finnish NATO reports hopefully achieve exactly this: inform and richen popular debate and demystify the Alliance .

The seminar was ended with a question-answer session. One question prompted the Secretary General to formulate that a strong EU and ESDP are in the interest of NATO – although it is not NATO’s place to actively participate in any debate of developing the ESDP – and that the EU and NATO should work together in the spirit of complementarity. Regarding NATO enlargement, it is too early to say whether next year’s Bucharest Summit will see new invitations for membership, as membership is performance-based process. Finally, regarding the possible Finnish membership and Russian reactions to this the Secretary General reiterated his stance that possible NATO membership is an issue solely for Finland to decide. NATO engages Russia as a partner in discussions on matters of both harmony and discord. The question of enlargement has also been addressed in NATO-Russia Council. 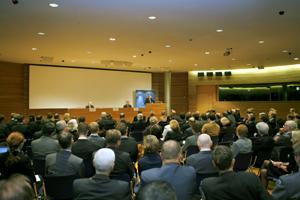 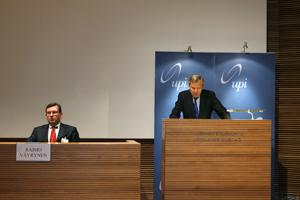 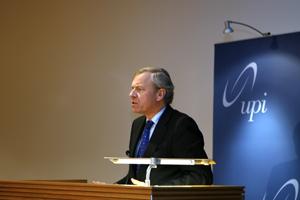 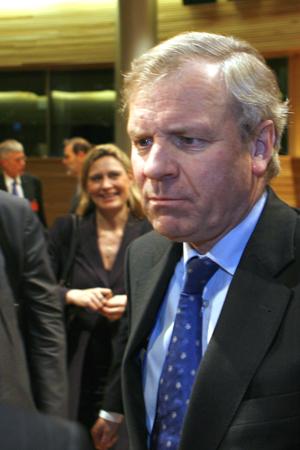