Framsida / Evenemang / Predicting the Onset of Genocidal Violence:...
Dela med andra
Dela med andra
Twenty years ago the international community witnessed the start of the Rwandan genocide, which killed at least 800,000 Rwandans. The UN and its Member states failed to help the victims of this fastest genocide in modern times, which makes it important to consider how one can learn from the lessons of Rwanda. Can countries that are vulnerable to state-sponsored violence targeting ethnic and political groups be identified? Can patterns of violence in Rwanda benefit people in Syria or the Central African Republic today? What are the implications of predicting violence within genocides for decision-makers? This seminar presents fresh research with regard to these questions. It contends violence onset is not altogether random and presents a model to help identify localities susceptible and resistant to violence during genocide. The model predicts that when and where violence will break out will depend on the extremist elite’s control of the state from above and on the segregation of society from below. The findings have implications for international policy makers as they respond to genocides and strategically prioritize limited intervention resources.
Speaker:
Omar McDoom, Assistant Professor in Comparative Politics, London
School of Economics
McDoom has previously held research fellowships at Harvard and Oxford Universities and has worked as a Policy Officer for the World Bank, a Legal Officer for the Government of Guyana, and on electoral missions for the OSCE and UN. He
holds law degrees from King’s College London and the Université de Paris I, Panthéon-Sorbonne, a Masters degree in International Development Studies from George Washington University, and a PhD in Development Studies from the London School of Economics.
Comments:
Katja Creutz, Research Fellow, the Finnish Institute of International Affairs
Matthew Hoddie, Visiting Fulbright Scholar, the Finnish Institute of International Affairs
Chair:
Mikael Wigell, Senior Research Fellow, the Finnish Institute of International Affairs
Summary of the seminar:

The seminar’s purpose was to present fresh research on genocide; the study contends the violence onset is not altogether random and presents a model to help identify localities susceptible and resistant to violence during genocide. The event was opened with short remarks by its chair Dr Mikael Wigell.

The speaker of the seminar Dr Omar McDoom has conducted the study on genocide presented in the seminar. The aim of the study is to find out whether or not we can predict when and where violence is likely to break out within cases of genocide. As a case, the study uses Rwanda’s genocide occurred in 1994 and research is done by using qualitative and quantitative methods. To understand the underlying mechanisms of genocide the research also includes detailed observations of violence onset in two different communities in Rwanda. The study presents a set of tentative policy implications for decision makers and implications for Rwanda.

In Rwanda, reasons leading to genocide were according to Dr McDoom civil war along ethnic lines, multipartyism that gave ethnic extremism a voice, and the assassination of a longstanding head of state. Moreover, he points to three distinguishing characteristics of Rwanda’s genocide: the scale and speed of the violence (vast majority of the violence took place during the first two weeks out of 100 days), scale and speed of the mobilation (1/5 of Hutu men participated in violence actions and mobilisation was fast), and geographic ambit of the violence (in very few communities no violence existed).

The study traces process of violence onset in detail in two communities in Rwanda: in Taba and in Mukingo. In Taba the onset for violence was late while in Mukingo violence occurred immediately. Aspects that mattered in these two cases: burgomasters’ and prefects’ party affiliation (power struggle in Taba and party loyalist in Mukingo), military control: supplied material means to enforce extremist authority and implement violence (commune police in Taba enforced the burgomaster’s orders), social cohesion: it took time to divide communities and break communal bonds (ethnic solidarity in Taba and extant distrust in Mukingo) and contagion (pro-violence individuals (interahamwe) moved across commune borders to commit and encourage violence in Mukingo. In Taba, the Nyaborongo river limited incursions.)

Based on the research the study presents five tentative policy implications for decision makers at the international level on when and where limited intervention resources could be applied to prevent or stop violence. These tentative policy implications are as follows: 1. Preventative deployment of peacekeepers to areas vulnerable or resistant to genocidal violence, 2. Construction of maps at the subnational level indicating potential ‘safer havens’, ’violence flashpoints’, and ‘safe corridors’, 3. Violence is easier to stop at early stages as it develops a momentum of its own once triggered, 4. Neutralize extremists; strengthen moderates and 5. Map extremist social and political networks. About Rwanda the study has the following implication: Contrary to the argument that ‘nothing could be done. The violence was too fast’, the paper suggests a window of opportunity existed. If peacekeepers had been preventively deployed in Gitarama and Butarama prefectures, where the local elite and local populations were opposed to violence, they could have created enough time to enable escape over border to Burundi.

Dr Matthew Hoddie concentrated his comments on the methods of the study. In his opinion the study has three strengths: it analyses genocide at the micro level which is rare among studies of conflict, it combines qualitative and quantitative approaches, and it identifies policy prescriptions that may be drawn from the findings. Dr Hoddie also posed a series of question concerning the research. First, he asked if the use of a duration model was appropriate for the statistical analysis given that most of the violence in Rwanda occurred over a very short period of time. Second, he noted that this study claims that when a state has dominance in a community it proves easier for genocide to take place –yet there is an earlier study by Valentino, Huth, and Balch-Lindsay which suggests that the mass killing of civilians is most likely under conditions in which the state is combatting a guerrilla movement. Dr Hoddie asked if it was possible to reconcile the apparent contradiction between Dr McDoom’s work and this earlier research given that one emphasizes genocide in the context of state control and the other suggests mass killing typically takes place under environments in which there is effective resistance to the state. Third, Dr Hoddie asked if it might prove possible to use alternative measures of the level of integration among ethnic groups that do not focus on patterns of residence. Mentioning the work of Putnam and Varshney, he identified alternative measures of integration such as the degree to which ethnic groups work together in the context of business organization, labour unions, and political parties.

According to Ms Katja Creutz the study gives a completely new way to look genocide: it gives tools to deconstruct, analyse and understand the underlying mechanisms. In her speech she commented the findings of the study – especially the findings related to elites’ control. She focused on the question whether and how policy makers and international institutions can make use of the findings of the study. According to Ms Creutz international criminal tribunals are important in preventive perspective because they may scare off the actors. This is based on idea that an actor will count the pros and cons before committing a crime. The International Criminal Court may use preliminary measures to prevent crisis or violence in ongoing crises – sometimes it is enough from a deterrent perspective to say that the ICC is looking at a situation or an area, or a person is under the danger to be target of the court. The ICC has a possibility to decrease the power or control of elite leaders. However, empirical studies in this field are difficult to conduct: it is difficult to find out what kind of effect deterrence has, if any. In Ms Creutz opinion preliminary measures by the ICC could be used as an additional tool to military and political interventions in times of crisis. 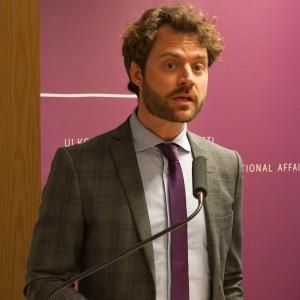 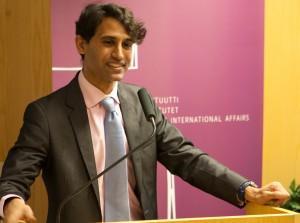 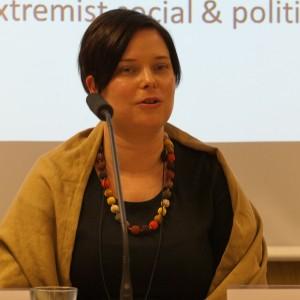 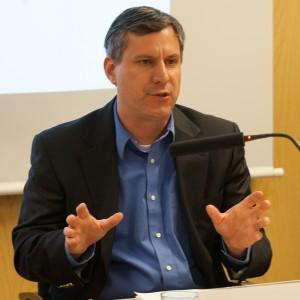