The relations between Germany and Russia are often referred to as a strategic partnership and viewed as a key component of the whole EU-Russia relationship. Even though such a view can be correct, it is not complete, since this relationship is not static. This seminar will explore the dynamics of the political process, which is taking place between Berlin and Moscow. It will look into various angles of the intra-German discussion on Russia, analyze the priorities of Germany’s Russia policy and the prospects of their fulfillment. Dr. Stefan Meister from the German Council on Foreign Relations (DGAP) will present his views on the issue, which he also expresses in a new FIIA Briefing Paper ”An Alienated Partnership: German-Russian relations after Putin’s return”.

In his opening address Dr. Arkady Moshes, who chaired the event, brought up the question of political legitimacy that has been the primary concern during the past months in Russia. Dr. Moshes pointed out that the internal legitimacy of Vladimir Putin has been shaken. He remains a legitimate ruler for as long as the machine of enforcement and repression agrees to execute his orders, and not because the overwhelming majority of Russian people recognizes his right to lead the country, which is a very specific sort of legitimacy. Regarding the international dimension, even though the legitimacy of a leader’s power comes from inside the country, the international recognition matters as well. And the change can be seen for instance in Mr. Putin’s choice not to attend personally the 38th G8 summit taking place in May 2012. This clearly indicates that within the club of world’s leading democracies, today’s Russia would look odd. To place it into the G20 context is a lot more logical.

In this situation it is crucial to try to understand the current implications of the Russian politics. According to Dr. Moshes, a lot of expectations fall upon Germany in present day. The most topical question is Germany’s ability to lead European Union relations to Russia. To introduce the question more thoroughly, Dr. Moshes invited Dr. Stefan Meister on the floor.

Dr. Stefan Meister shared his views about German–Russian relationship emphasizing the fact that the relations are constantly changing. According to Dr. Meister, Russia is becoming less of a priority for Germany. This he wanted to explain by specifying four main problems which will all be of growing importance in the future.

Since Chancellor of Germany Angela Merkel has supported Dmitri Medvedev’s democracy politics and turned away from Putin, the end of Medvedev’s presidency will further alienate Germany from Russia. Difference in the ways of cooperation is a stumbling block: the German side wants to promote Russian modernization which would in the end benefit themselves as well, but the Russian side is more interested in technological cooperation processes. In Dr. Meister’s words, Germany is in search of a win-win situation, whereas Russia is more familiar with zero sum game.

A second remarkable problem in the German context is that the interest in and the knowledge of Russia is decreasing. Fewer resources are directed to research on Russia, research departments studying Russia have been closed in favor of other regions and even newspapers are sending their correspondents to other, “less stagnant” destinations instead of Russia. The situation has much to do with the present Christian democratic–liberal -driven parliament.

Another side of the coin is that the discourse on Russia in Germany is polarized between two main groups that are not interacting. The first group is formed mostly by the green party actives, and it has a clear focus on democracy and human rights. The second group consists mostly of social democrats and their way of discussing Russia is relying on the old Ostpolitik–tradition. Both groups tend to use strong words, but, according to Dr. Meister, they lack connection to reality.

Russia is Germany’s biggest oil and gas supplier. In the future the importance of this factor is still to increase because of the decision to run down nuclear power in Germany by the year 2022. Third major concern in the German–Russian relationship is attached to this composition: mistrust and colliding needs remain problematic. German energy companies seek flexible contracts and reliable partners on who to invest, whereas Gazprom is willing to prop up its monopoly position. Despite the German economists who have been talking already for many years about the huge potential that lies in Russia, the investors still are critical of the corruption and lack of rule of law.

Dr. Meister brought up a fourth point of German frustration. The modernization partnership has failed partly because of the Russian elite’s resistance. The current elite is not interested in cooperation projects or societal reforms, but their own benefits.

All the above mentioned factors have led to a situation in which Russia is losing its most important advocate inside the EU. This leaves analysts to ask chto delat, what to do. Dr. Meister’s answer would be more open discussion about the interests of the EU, Germany and Russia. Only this way a satisfying result can be found. Trust-building should be encouraged. In his conclusion Dr. Meister insisted that German decision-makers should refocus on the groups that promote democracy even though they are in contradiction with the ruling power in Russia.

After Dr. Meister’s address Dr. Moshes pointed out that decreasing knowledge of Russia is a problem not only in Germany. Then he gave the floor to Ambassador René Nyberg. Mr. Nyberg started his speech by stating that Angela Merkel has no confidence, no competitive advisors and definitely no vision when it comes to eastern politics. The forthcoming parliamentary elections in 2013 are a true challenge to Merkel. Prior to that she needs to show that she is capable of doing what needs to be done. Mr. Nyberg was of the opinion that it is only after the elections that the course of Russian politics can change.

As regards Russia, Mr. Nyberg compared the current situation with the era of Alexander II. Today, as well as in the late 19th Century, there can be seen signals of the beginning of the end. The struggle for democracy is a struggle for the right to an alternative, which means that the elite can no longer rule, that is to say, that the aristocrats are becoming weaker. One possible answer can be the WTO membership: for Russia, joining such a rule-based organization means joining the world. This, according to Mr. Nyberg, is what Russia needs. It cannot survive nor prosper in isolation.

A question from the audience brought up the discussion about the possible future partners for Russia within the EU. Dr. Meister stressed Poland’s role: Poland has developed well in the EU and adopted concepts of cooperation with Russia. Dr. Meister said he would see here a political window of opportunity, but to fulfill the expectations Poland needs assistance from other member states. Finland would be a natural companion to Poland because of the strong expertise on Russia. Mr. Nyberg made a remark that at this moment in German politics there is a first-things-first -way of thinking that holds the field. Until the next elections this situation is not likely to change, and the Germans are hardly going to support Poland.

The audience was active and made many perceptive comments, one of which related to the large demonstrations and their follow-up in Russia. The role of western countries in the power struggle was then discussed by the speakers. Dr. Meister stated that when the leadership is not able to stabilize the system from the inside, the western countries can no longer concentrate on purely business. The human rights should be better taken care of. Mr. Nyberg assessed that Russia has never been as free as it is today: even though it is too early to draw conclusions, it is a significant sign that for the first time in the history of Russia many opposition members are known by name. Dr. Moshes continued by saying that in this situation the Russians have to solve many problems by themselves. One of the biggest challenges is to create an environment where investments are secured. 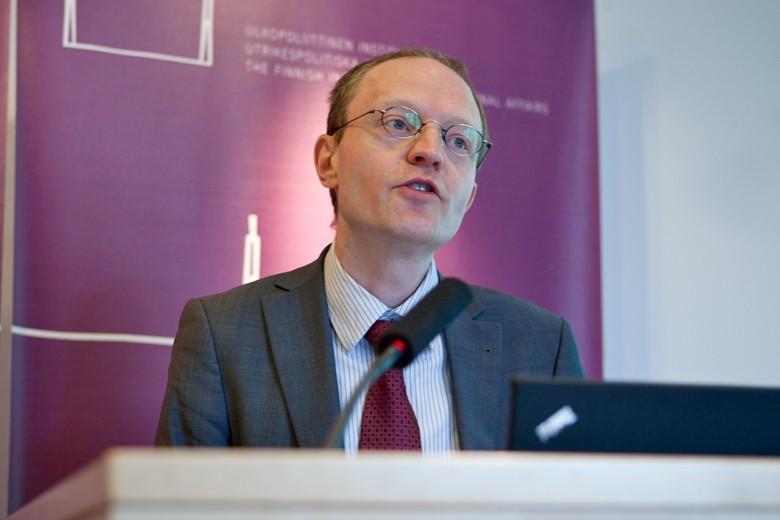 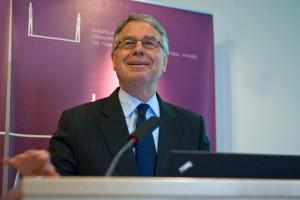 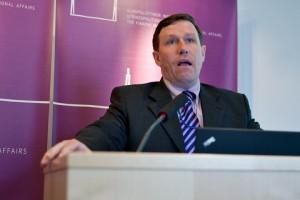