Dr. Dalgaard-Nielsen focused on her personal observations from Iraq, Kosovo and Afghanistan where she worked as an embedded researcher last year with the Danish military. Dalgaard-Nielsen pointed out some arguments that often come up in coordinating the military, diplomatic and development side of a peacekeeping operation. The first one is that ”The armed forces aren’t able to do this right.” – The development side argues that military logic takes over the development logic in the missions. The military side on the other hand may think some times that ”this is not our job – we do security, we don’t build states”.

If the goal of peace keeping mission is, according to United Nations’ definition, to build a stable, democratic and moderately religious state which lives in peace with its neighbors, then the center of gravity that determines the success of a mission is, according to Dalgaard-Nielsen, how to win local people’s hearts and minds, because they are the ones who make a decision – in the case of Afghanistan – whether to lean towards the local warlords, criminal networks and/or the Taleban, or towards the nascent democratic institutions.

The military answer to this is to give the locals more security, even though on a longer time span, the development of the local economy and social society has to be nourished at the same time as offering security – a job which is traditionally given to civilian actors and organizations. In Iraq the civilian actors have been directly targeted by the insurgency, meaning that the armed forces should, in Dalgaard-Nielsen’s opinion, be trained more and more to support and facilitate the reconstruction and other state-building tasks as the only actors capable of doing this in a non-permissive environment.

Under the 2004 Danish initiative of Concerted Planning and Action, some of the resources of Foreign Ministry’s and Development Ministry’s reconstruction missions were allocated to the armed forces to strengthen their capacity in state-building. Denmark has promoted the initiative also within the NATO context. Dalgaard-Nielsen thought it to be especially important to offer CIMIC-training for army officers as part of their general training.

At the operational level, most of the resources go to operations and for patrolling as the military tend to see this as their key area of soldiers’ “know-how”. Communication and leadership management is important in order to ensure the local decision-makers support the mission and training of local security forces. Gaining support and legitimacy from the local people should be the central task, in order to make state-building durable and sustainable in the long run. However, reconstruction support and governance capacity-building was, according to Dalgaard-Nielsen’s experience, often left to occasional contacts and there was hardly any planning involved in this area of the operation. In the Danish area of responsibility in Iraq, the job was left to only 12 out of 450 of the Danish personnel.

In general, the planning lacks an operational level, something between the very general guidelines from national capitals and very concrete day-to-day instructions to the troops on the ground. There is also a lack of the sense of ownership between the Military and the Foreign Ministry in the reconstruction missions, along with weak documentation and analysis that would help in the development and planning of future missions.

During the spring of 2006 Anja Dalgaard-Nielsen was the first Danish scholar to conduct field research fully embedded with Danish armed forces deployed to Kosovo, Iraq, and Afghanistan. The presentation at the FIIA is based on these experiences.

Anja Dalgaard-Nielsen holds a Ph.D. from Johns Hopkins University SAIS and has published widely on homeland security, counter-terrorism, transatlantic relations, American foreign policy, and German security policy. She is a regular commentator on issues of foreign and security policy in Danish electronic and printed media. 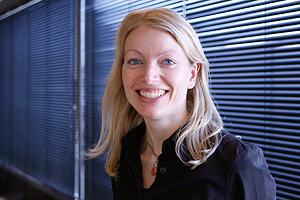 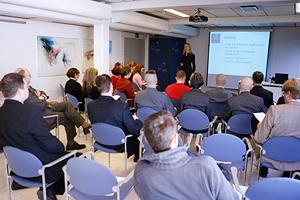