This symposium will explore new ways of discussing and analysing how suffering midst crises, catastrophes and wars can be politically constructed and mediated. Catastrophes with global spectatorship, and massively circulated representations of human suffering can function as political theatres in which humanity, human worth, citizenship, belonging, political significance and political power are projected, created and assessed. Humanitarian imagery and rhetoric can be used in justifying wars and power political acts. Suffering and basic human rights can work as motivations and legitimation for military and political agency. The tsunami in Japan, Haiti’s earthquake, the floods in Pakistan, the WTC-terror attacks, the war in Libya, or the civilian suffering in the Afghan or Somalia wars have all acted as spectacular dramas of a global scale. The suffering of the affected individuals has been understood, felt, reacted to, politicized or even forgotten in distinct ways. Humanitarian NGO’s, news media, political actors, states and the military all create and communicate various distinct types of suffering, different ways of encountering it, as well as different solutions and ways of alleviation. In the liberal world order, violent crises, vulnerability and ultimately suffering can invite and construct political and analytical windows of opportunity.

Lilie Chouliaraki is Professor of Media and Communications at the London School of Economics and Research Director of POLIS, LSE’s think tank for journalism and society. Chouliaraki’s research interests broadly include Social and Cultural Theory, Ethics and Political Philosophy as well as Corporate Communication, Communication Theory and Discourse Studies. She is the author of The Spectatorship of Suffering (Sage, 2006).
Professor Julian Reid, University of Lapland
The Political Utility of Catastrophe
Julian Reid is Professor of International Relations at the University of Lapland. Previously he has taught at King’s College London, Sussex University, and the School of Oriental and African Studies (SOAS). He is the author of The Liberal Way of War, with Michael Dillon, (Routledge, 2009) and The Biopolitics of the War on Terror (Manchester University Press, 2006). Dr. Pierluigi Musarò, IPK Visiting Scholar, NYU; Assistant Professor, Faculty of Political Science, Bologna University
Victims or heroes? Notes on the moral geography of the world. 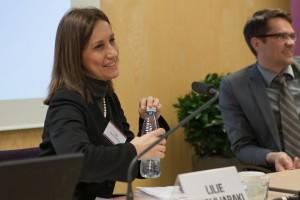 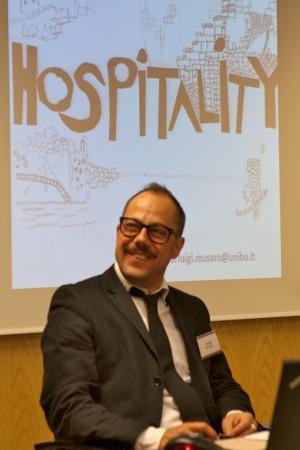 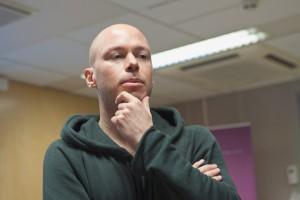