Professor Blank will analyze the on-going evolution of Russian foreign policy as it is viewed in the US. He will evaluate the results and prospects of US-Russian “reset”, trends in Russia-EU and Russia-China relations and some other issues. Dr. Blank’s presentation and the discussion seek to contribute to a better understanding of what types of changes in Russia’s foreign policy course, if any, could be expected after the presidential elections of 2012.

The seminar was opened by programme director Arkady Moshes. He expressed his gratitude for having such a leading world expert on Russian foreign and security policy speaking at FIIA and sharing his thoughts with the Finnish public. The floor was taken by professor Blank who underlined that he is not representing any official US stance but that he is speaking at the event in his personal capacity.

Professor Blank argued that the nature of the Russian state is what drives the foreign policy. Many features of current Russia arrive from the Muscovite tsardom. First of all, Russia is still essentially a patrimonial state. State owns – or at least controls – the economy. It is also a service state which means that the political/economic elite serves the state in return of rents. There is no rule of law and in the end it is the will of the ‘tsar’ that matters. In practice, there is no law or person that could challenge the will of the ‘tsar’. Thirdly, the system is build vertically so that everybody has a lord who he serves. This essentially means that corruption is built into the system. Finally, due to the above mentioned features, the current system is incapable of reforming itself. Under the current rule, modernisation is out of the question.

Given the fact that there isn’t and won’t be any real modernisation, Russia is dependent on investment support from the outside. It needs others to support its inefficient, corrupt system. This has been the driving force of Russian foreign policy during Medvedev’s presidential term. The Russian foreign policy has three main realms: Asia, post-Soviet neighbourhood and the West.

Medvedev has underlined the importance of the Asian dimension in Russian foreign policy and sought to strengthen Russia’s role in Asian energy markets. The efficiency of Russian foreign policy related to energy questions is hindered by private interests that often override more objective national interests. Russia’s attitude towards China is ambivalent – on the one hand, China is a partner and a way to balance against the US, yet, on the other hand, Russia fears China’s economic might. For the latter reason, Russia has been welcoming investment from Japan to Russia, yet without much success.

Even during Medvedev’s term, the post-Soviet states have been treated arrogantly and not as full-fledged sovereign states by Russia. The empire mindset seems to prevail in Russia. Russia wants to cooperate actively with the post-Soviet states but only on its own terms that benefit first and foremost Russia and only secondarily the smaller post-Soviet states. Blank also argued that the Russian political leadership sees democracy as a threat not only in Russia but everywhere in its post-Soviet neighbourhood. Russia’s aim is to pre-empt democracy anywhere in the region and hence the CSTO has been granted a right to intervene if any of its member state’s government is under threat.

The cooperation with the west suffers from the fortress mentality of Russian political elite. Public commentaries by Putin, Medvedev and Surkov confirm that the old Leninist threat paradigm (according to which the external and internal enemies of the Russian state are working together) is still very much alive in the Russian foreign policy thinking. The West is seen as trying to take advantage of Russia and wishing to keep it weak. The threat that Europe poses to Russia is not primarily a military one; rather it is an ideological and a geopolitical one. The logic of European integration represents in itself a threat to Russia’s empire mindset. Also the values the EU represents are seen as threatening in Russia. On the other hand, Europe is the “desired other” in Russia and the Russian economy is dependent on western investment. Blank argued that, in fact – and quite paradoxically – the modernisation partnership with Europe is a way for the current leadership to survive without major reforms in Russia.

Professor Blank ended his speech by a rather dramatic remark and claimed that what we are currently witnessing in Russia is not stagnation but rather entropy which is a much gloomier and worrisome option. This means that the system cannot be rescued and eventually the development will result in crisis of the system and bring it down. It may take a longer or shorter while but this is essentially where Russia is heading.

Programme director Moshes thanked Professor Blank for his insights and highlighted three changes that took place during Medvedev’s presidency in Russia’s foreign policy. First, Moshes claimed that problems were accumulating in Russia–China relations and that it is evident that it will be very difficult – if possible at all – to implement Russia’s “Eastern option”. Second, Moshes highlighted the fact that gradually Europe is getting a realistic grasp of what is really happening in Russia and how that affects Europe. For instance, corruption is spreading from Russia to Europe and this problem has to be addressed more effectively in future. Finally, Moshes argued that the CIS have learned during the past few years that the “Russian option” is a risky one. In practice, Russia will hardly reward these states even if they demonstrate loyalty to the Russian interests in the region.

In the Q&A session six main topics were discussed:

Professor Blank was of the opinion that there is no indication that Russia would have changed its attitude towards history-related questions but continues to see them in political light. There are various reasons why Russia and Poland were able to improve their relations but these are tactical issues rather than paradigmatic shifts.

Professor Blank suggested that the EU should try to 1) develop more efficient ways to fight against the Russian export of corruption, 2) develop more active policy towards the “states in between”, i.e. the CIS and offer them a credible membership prospect and 3) that the EU should reform itself and become more efficient and integrate further. By doing all these things, the EU would be in a stronger position to deal with Russia.

Blank argued that the Russian foreign policy is not very efficient and that its success is very much dependent on Russia economic growth. Its policy is effective – rather than efficient – but due to fact that Russia is incapable of systemic reform it will not perform as effectively as it potentially could.

According to the speaker, the Eurasian Union is a reflection of Russia’s empire mindset and there is nothing dramatically new in it. It is an integration project based on the primacy of Russia and Russia’s interests at the expense of the sovereignty of the smaller post-Soviet states in the region.

5) Recent arms deals and cooperation between Nato states and Russia

Recently Russia agreed to buy two Mistral helicopter carriers from France. Blank suggested that there is nothing dramatic in this. France sold them because it is a buyers market when it comes to arms. Russian aim is to first buy Mistrals from abroad, then copy the technology, and finally produce similar ships in Russia. This is an example of Russia’s technological backwardness and its strategy of deal with it.

Blank was of the opinion that the reset policy has brought both some limited successes and some failures. One could argue that it has been successful in Afghanistan, in arms control and missile defence. It has failed by neglecting Eastern Europe and by acquiescing to recent undemocratic developments in Russia. Blank argued that Putin’s return will only strengthen the signal that is already quite apparent: the momentum for the reset policy has passed and the policy is unlikely to achieve much more unless major changes will take place in Russia. 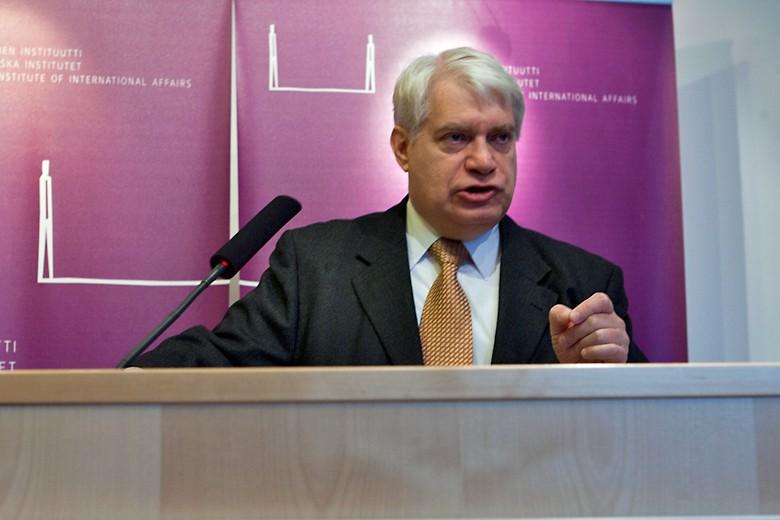 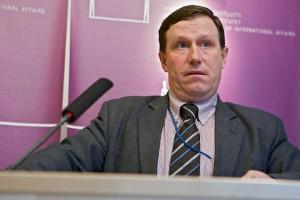