The rise of both new actors and new global governance structures will bring changes to how the existing actors see and shape the global order. Will the rising multipolar world remain hostage to existing, slow and dysfunctional structures? Or, will the new actors and policy focuses call for new governance structures and generate the need for new multilateral fora for discussions and decision making? These are only some of the questions that will be addressed by the renowned and multidisciplinary members of the FIIA Scientific Advisory Council:

Panel 2: The EU’s adjustment to the changing world

The 3rd Annual FIIA Day Seminar was opened by Chairman of the FIIA Board Minister Antti Tanskanen, who applauded the institute for having evolved into a veritable actor in the research of international relations. Now, with some 50 members of staff, the FIIA had entered a year of change as Dr. Teija Tiilikainen started as the new director of the institute, while Mrs Helena Lehtovirta became the Director of Administration. Minister Tanskanen said the FIIA had shown that the Finnish perspective on international politics is relevant, and to ensure the continued success of the institute a scientific evaluation is being conducted under the chairmanship of Professor Alyson Bailes, head of the FIIA’s Scientific Advisory Council. Minister Tanskanen finished by expressing his gratitude to the council, and to all who had contributed to the ongoing evaluation.

On the topic of global governance structures and the changing global order, the seminar’s keynote speech was given by Professor Harry Harding. He pointed out that the shape of the world was being defined by certain trends, some of which are perhaps deceptively obvious. Globalization, for one, is a fact of life, but governments still have the means to decide whether to deploy or regulate their exposure to it. New economic powers are emerging, but not all developing countries are on the rise – only some. Apart from states, new kinds of international actors are more powerful than before, including non-governmental organisations and multinational corporations. The aforementioned trends, in turn, are creating backlashes against globalization, which is seen to be undermining local identities. The world, according to Professor Harding, is not unipolar nor even polar anymore; rather, it is multi-nodal. The world order is less anarchic than it used to be, yet far from well-governed. The great powers of the world choose to adhere only to institutions of their convenience. This “forum shopping” has led to a world reminiscent of a weak federation with a major gap in global governance.

First to speak from the seminar’s first panel was Research Professor Nils Petter Gleditsch of PRIO, who defended the case for saying that the world has become a safer place. While internal conflict is still a problem, there has been an overall reduction in battle deaths. The world is now wealthier, and more liberal, than it used to be. However, challenges to peace do remain. Taking a realist point of view, one might see the current peace as only transient, and this could be the case if liberal values are not adopted and conflict between civilizations becomes reality. Current peace may also turn hegemonic, although global inequality has in fact recently been shrinking. Moreover, environmental factors and climate change might trigger global volatility. To finish off, Professor Gleditsch wanted to remind the audience of Kenneth Boulding’s three forms of power: threat power, economic power and integrative power. With some luck, he added, the last form will prevail.

The second panel presentation was given by Ambassador Pierre Schori, who expressed his concern for the critical state of multilateral institutions. In spite of erstwhile promising development from G7 to G8 and then G20, Copenhagen indicated the emergence of a less multilateral order. However, taking the United Nations’ peacekeeping operations as an example, the UN still makes a significant difference in ill-affected regions that are of little strategic interest to the world’s great powers, but the biggest troop-contributing nations are developing countries from South Asia and Africa. In the meanwhile, ISAF’s Afghanistan operation is consuming the developed countries’ peacekeeping ability. The UN’s Security Council has, in a sense, outsourced part of its peacekeeping to ISAF, but ISAF answers to NATO in Brussels, not to the UN.

Professor Marja Järvelä finished the first panel by offering insight on changing social order at a local level, which in turn affects the global order. Globalization is not necessarily facilitating an equal distribution of wealth in the world. Rather, core regions are reinforced while peripheral areas are largely deprived of the benefits of global integration. The current exploitation of natural resources is unsustainable and thus environmental factors will inevitably affect the nature of the future world order. Moreover, current development is a burden not only to nature but to mankind and her means to lead a fulfilling life. Incremental improvements towards sustainability have been witnessed, but as of yet the long-term impacts of today’s economic activities are not heeded enough. These short-comings may indeed be the consequence of the world’s compromised international governance.

The panel was asked to answer a question regarding the position of authoritarianism in the emerging world order, as it seems a more legitimate component of international politics now than previously. Professor Harding agrees that Francis Fukuyama had been wrong in declaring democracy’s unconditional victory, and sees a difference between “soft” and “hard” authoritarian states while recognising that authoritarianism may work well in certain countries at a certain stage of development. Another central question concerned the important role of the private sector in supporting development and stability – indeed, Ambassador Schori would like to see a Marshall Plan for Afghanistan and Pakistan.

The second panel, chaired by Professor Anne-Marie Le Gloannec, was opened by Mr. Allan Rosas’s contemplations upon the EU’s role in the emerging global order. He recognises economic and environmental policy matters as areas where the EU makes its mark. However, the lack of coherence within the EU and the fragmentation of the international community may prove to be a stumbling block for having an impact. Moreover, it seems that the decisive executive power lies not in treaties and diplomatic promises but economic power and technology, and at this point the EU faces serious competition on this front. Neither is the EU likely to play a greater role in the world’s security affairs in the foreseeable future, as this would necessitate substantial change within the institution itself.

Professor Grzegorz Gromadzki tackled the question of the EU’s global role by suggesting that the EU should not strive to adjust to the global order. This is not only practically difficult due to the amorphous and chaotic global system, and adjusting means being passive, which presents no solutions. The EU, as the world’s biggest single market, must not be passive but active in forming a new order based on sound financial and ecological foundations. Europe cannot do this alone, however; it needs to cooperate with the major actors, and it needs to do so as a whole. It is difficult for the EU to compete with powerful and coherent nation-states, but the biggest obstacle the EU is facing may be psychological, caused by an underestimation of Europe’s leverage.

One question from the floor raised the issue of the Lisbon Treaty’s impact on the EU’s foreign policy muscle, which Mr. Rosas insinuated may have been undermined by more institutional complexity when dealing with external matters. Professor Gromadzki said building functional diplomacy will take several years. Another question concerned the EU’s role in the G20, which the panellists recognised as a forum through which the EU as a single player could exert greater influence.

FIIA Director Teija Tiilikainen concluded the day’s seminar by thanking the chairs, panellists and contributors for their effort. Producing timely analysis and commanding international credibility is an increasingly difficult in a world of rapid change, but the FIIA, with its highly qualified staff and supportive international partners, is prepared to meet this challenge. 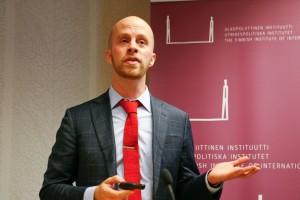 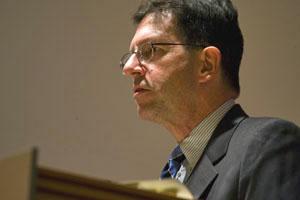 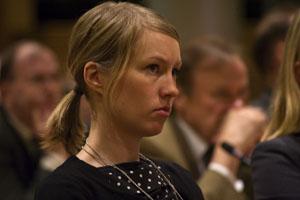 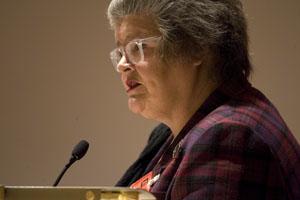 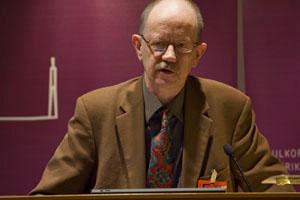 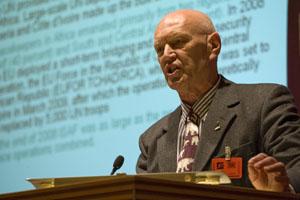 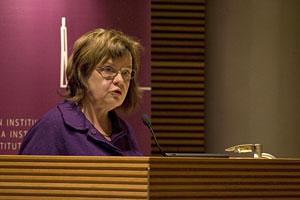 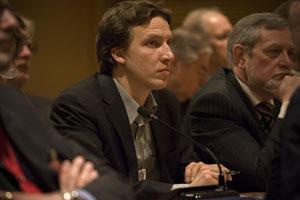 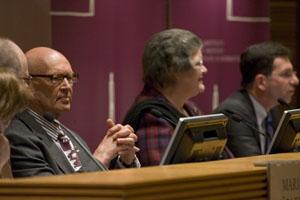 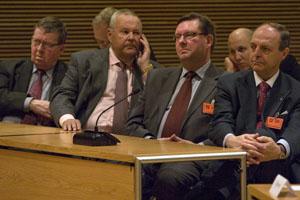 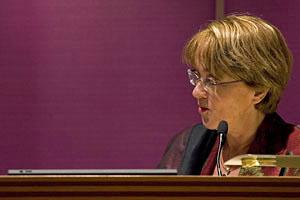 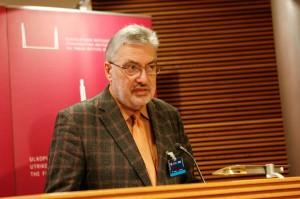 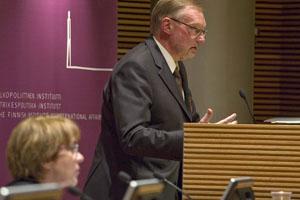 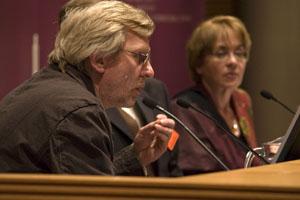