The Bonn Afghanistan conference in December of this year will lay down the markers for what the international community will do in Afghanistan after 2014. As a result, troop contributing nations will face some tough choices about the future of their own security engagement, as well as on their ongoing support for security and justice sector reforms in Afghanistan. The next three years will be central to the future of Afghanistan and neither the international community nor the Afghans themselves can afford to get it wrong. This seminar will review the developing domestic and regional climate in Afghanistan and assess how different troop contributing nations in Northern Afghanistan – Germany, Sweden and Finland – are planning to adjust their military, development and technical assistance, while responding to domestic pressures to withdraw troops and funding.

Learning by doing – Germany’s trial by fire in Afghanistan

For more information, please do not hesitate to contact:

The seminar discussed the current situation in Northern Afghanistan where Finnish, Swedish and German troops are operating as a part of the NATO led International Security Assistance Force (ISAF). Dr Antonio Giustozzi gave an overview of the situation in Afghanistan and analysed in more detail the issues hindering positive development in the area. Dr Timo Behr presented the background of Germany’s participation in the operation and gave some views on its future. Dr Stefan Olsson discussed the case of Sweden, what reasons took Sweden to Afghanistan and how the public view on the involvement has been developing. Finally, Charly Salonius-Pasternak examined the Finnish case and presented some possible paths Finland might take in the near future concerning Afghanistan.

The Afghanistan operation was initiated in the aftermath of the terrorist attacks of September 11, 2001. The attacks provided the main reason for the decision to participate in the mission for Germany, Sweden and Finland. The current plan of the international coalition is that Afghans would take lead responsibility for security throughout Afghanistan by the end of 2014. However, the security and governance situation in the country is still highly complicated and unstable.

Some improvements have been made from the beginning of the mission and the quality of governance has improved from 2002, though severe problems persist. A large number of administrative positions have not been filled and corruption is flourishing. The level of education of both the public and the decision makers is very low. The army is still highly dependent on Western support, and unable to function on its own. Rule of Law is also weak.

The current regime is dependent on a strong army, but there are many hurdles to overcome before the Afghan military can become a cohesive force. The country is divided and there is no consensus on even basic ideas about governance, such as the desirable nature of Afghan-democracy. Until 2001 the country had not had much contact with the rest of the world, and translations of foreign texts had not been available. Thus Western ideas about democracy and human rights have not been widely available.  In addition to all of these structural and cultural issues, there is still open fighting going on in different areas of the country, leading to a generally poor security situation. There is no one sole reason for the fighting, but it is possible to identify different groups of reasons in different parts of the country. Importantly, the insurgents still get local support which is important for their future viability.

Afghanistan has been a learning ground for all: Germany, Sweden and Finland. All three already had experience from peacekeeping missions, which the mission in Afghanistan was also initially thought to be. However, it has very slowly been admitted in these countries that what is happening in Afghanistan transformed from a stabilization operation to a war-like situation. Now weapons are not used only for self defense purposes, but the aim is to fight the insurgency. The mandates of the operations have needed revision, and the troops have faced a rising number of armed attacks. Each of these countries was initially ill prepared for the nature and the scope of the mission, but over the past decade they have also shown an ability to adjust and learn from experience.

For Germany, the mission in Afghanistan has changed the way in which the German military functions. The new nature of the situation has forced a move away from a reactive approach to a more proactive military strategy involving more risk taking. A greater focus on counter insurgency has brought about positive indicators, such as the weakening of insurgency, but also includes greater risks for the troops. This, in turn, lead to a noticeable decline in the support for the operation both in Germany as well as among local Afghans.

For Sweden, it has been very difficult to even admit that the country is involved in an actual war. This does not fit the Swedish self-perception of Sweden being a peaceful nation. Peacekeeping missions have always had strong public support, and thus first participating in the Afghanistan mission was not debated. The debate has arisen only recently, and until now the public has been surprisingly unaware of the nature of the operation. The first time a major Swedish daily newspaper travelled to Afghanistan was in October 2010. This got the parliamentarians and the public more aware and more interested in Afghanistan.

For Finland, the mission in Afghanistan has been important in a number of ways. However, just as in Sweden and Germany, Finland has also struggled with the gap that exists between peace keeping identity and crisis management reality.  The unwelcome nature of the situation has been difficult for politicians as well, and they have struggled with finding a consistent narrative on the purposes of the Finnish mission. Also, in Finland the mandate of the operation has been consistently widened, without parliamentary debate. Now that there is discussion on the future of the operation, it needs to be decided whether this type of a mission should be a part of Finnish crisis management activities.

The questions on the future of Afghanistan will remain unanswered: what will happen in 2014 and will the government be strong enough by then? Will the army be sufficiently trained by then in order to function on its own? What will take place in the South? The future of the North is completely dependent on the developments taking place in the South. Afghanistan is still an instable country, which will need foreign assistance for years to come. A too early withdrawal from the North by the Finnish, German and Swedish troops might create a safe haven for insurgents. Thus it is very important what decisions these countries will make.

The greatest lesson learned from the experiences of Germany, Sweden and Finland is that sending soldiers to war in another country is not a casual decision to make. Widening the mandate of the troops also requires a public debate. 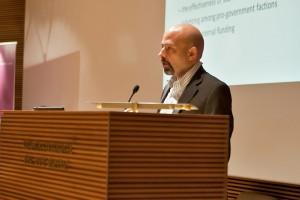 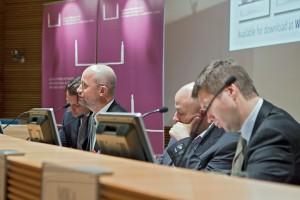 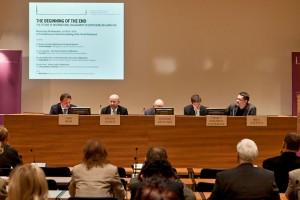 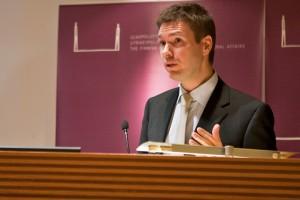 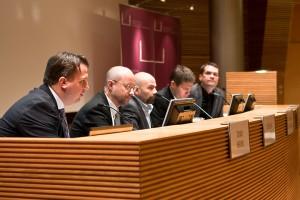