With the results of the Lisbon summits and the forthcoming Astana summit, a strategic opportunity exists for consolidating and reforming European security. In a surge of activity underway, governments, international institutions and scholars search for solutions to the post-cold war problems and design responses to the challenges of the new global order. What does the new situation entail for the European Union and its foreign and security policy? How is the complex fi eld of European security
shaped by diff erent actors and processes?

After the opening remarks by Foreign Minister Alexander Stubb, a FIIA panel of prominent experts will look into developments within, and between, the EU, Russia, NATO, and the OSCE and evaluate new ideas for the European security order launched by leading think tank projects.

In his opening remarks, Foreign Minister Alexander Stubb argued that things are moving extremely fast in the security scene. First, in the NATO Summit in Lisbon, NATO, the EU and the US all revived their relations with Russia. Second, the OSCE meeting in Astana had an important symbolic value although its outcome was not earth shattering. Third, there has been a qualitative change in the transatlantic relations with the US, on the one hand, revitalizing its relations with Russia and, on the other hand, diminishing its role in Western Europe. Indeed, Stubb argued, the relationship between the EU and the US can be best described as a “grumpy old couple”. Fourth, Turkey’s global role has rapidly increased with Turkey emerging as one of the most influential countries in the world. As an aspiring EU member state and a strategic partner of the US, Turkey should be taken much more into consideration in European policy-making. Fifth, European security cooperation is moving as a result of the changing security environment and economic factors. According to Stubb, the NATO-Russia Council is currently the most important forum for security issues.

There are currently three problems related to European security. First, European stability is still unfinished business with EU enlargement having met its limits. Second, there is an absence of strategic vision with questions of where, when and how the EU Common Security and Defence Policy (CSDP) should be used. Third, there is a lack of capabilities to address global challenges. When it comes to solving the current shortcomings, Stubb offered three solutions. First, the EU should assume a more active role in European security planning and emerge from the shadow of the US to become the playmaker. Second, there should be deeper strategic thinking; for example the EU security strategy from 2008 should be updated. Third, crisis management capabilities should be strengthened.

Daniel Keohane argued in his presentation that with the increased global interdependence and multipolarity, the world is rapidly changing and becoming an “interpolar world”. There are more actors in the global forum than before. At the same time, there is a lack of military threat in Europe which has resulted in defence spending going down. Global military spending, however, is growing. For example China and India are investing more on their defence capabilities. What does this mean for Europe? US focus is shifting from Europe to Asia. This means that Europe will have to start looking after its own backyard. More constructive and effective relationships with Russia and Turkey are needed. Homeland security will become more important in the EU in the future. Issues such as organised crime, terrorism and illegal immigration will feature prominently in the EU’s strategic thinking. External security will focus on issues such as failing states and regional conflicts. The EU will have to start working more with partners, both countries and organisations. More legitimacy and autonomy is needed in European security.

In his presentation, Mark Leonard stated that prospects for a unipolar order in Europe are fading due to Russian opposition, Turkey’s increasing frustration with the EU, US focus shifting towards Asia and EU enlargement fatigue. According to Leonard, more strategic thinking is needed in Europe. Security both of and in Europe must be carefully re-examined. Common security interests between the EU, Russia and Turkey should be identified and security cooperation between the three parties enhanced in accordance. This would benefit not only the EU but Russia and Turkey as well.

Prof. Vladimir Baranovsky began his presentation by naming factors that have been shaping the relationship between Russia and the EU. The EU is actively involved in the political development of the Caucasus region which raises concerns in Moscow. Russia is reluctant to have anyone else present in the region. The Georgian crisis in 2008 was a signal to many EU countries that there is something wrong with EU-Russia relationship. It also became apparent that Russia was much more assertive now than before. The reset between the US and Russia is an important factor and has significant ramifications for the EU’s relations with Russia. The financial crisis showed Russia that it has now become an organic part of the international financial system with its inbuilt fragility, and that regulation was hence necessary. When it comes to Russia’s cooperation with the EU and NATO, it is easier for Russia to develop cooperation with NATO because of its traditional nature than with the post-modern EU. Lastly, Baranovsky emphasised that concrete initiatives should be developed between the EU and Russia to vitalise the relations.

Prof. Bertel Heurlin stated in his presentation that NATO has revitalised itself, becoming a visionary actor that is able to compromise and build bridges. Its ability to adapt, engage and expand makes it a unique and indispensable actor in international affairs. It is still an uncontested global leader with US doctrines transferred and translated to its agenda. In his comparison of characteristics of NATO before and after its transformation, Heurlin pointed out that NATO has moved from collective defence to collective security; from an enemy-based focus to a partner-based focus; from Article 5 to non-article 5; from a static, symmetric and exclusionary actor to a dynamic, asymmetric and inclusionary actor; from NATO proper to NATO plus; from a focus on Western Europe to a Europe-wide focus; from balance to supremacy; and from secure territory to secure values. NATO’s goals have gone from keeping “Americans in, the Russian out and Germans down” to keeping “Americans in, Russians attached and Europeans together”. Its primary objective in a world that is based on regionalism and sub-regionalism is to ensure stability rather than to increase military strength. NATO’s strategy is no longer based on military deterrence but military intervention. According to Heurlin, we have gone from “virtual war” that prevailed during the Cold War to “virtual peace”. 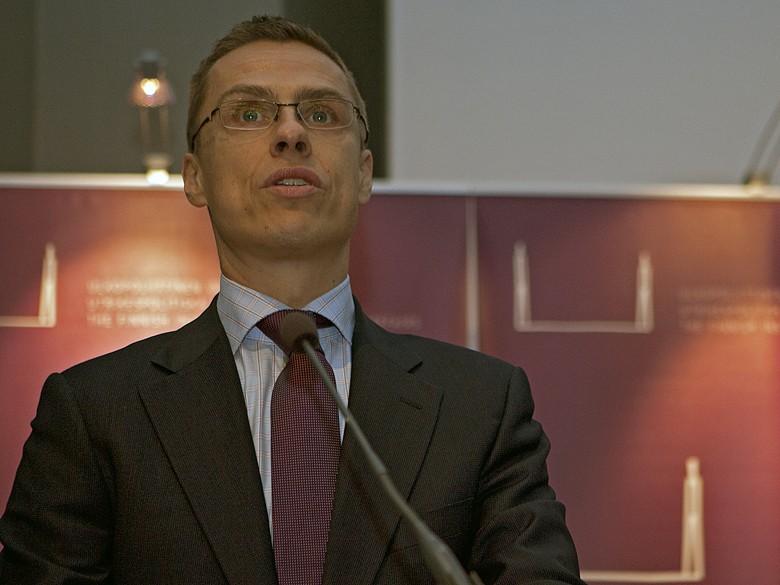 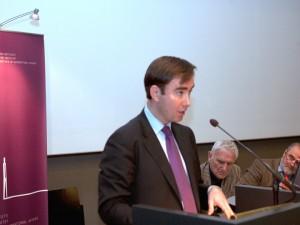 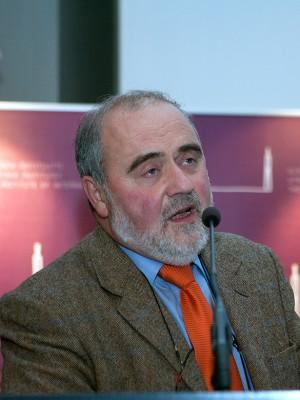 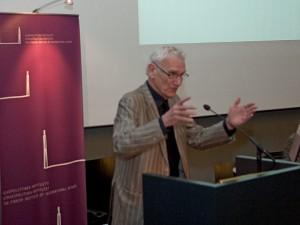