16 June from 15:00 at the Auditorium of the New Annex Building of Parliament (Arkadiankatu 3)

Professor Rajendra K. Jain of Jawaharlal Nehru University, New Delhi, held a talk in Helsinki on how the European Union is responding to the monumental rise of China and India in the 21st Century, and how these two countries with a combined population of 2.5bn see their place in a gradually transforming global order. The event was chaired by the director of the Finnish Institute of International Affairs, Professor Raimo Väyrynen.

Both India and China have outpaced global economic growth for decades now, and a redistribution of power in the world is becoming ever more obvious. The rise to prominence of these two most populous countries on the planet has raised due awareness in European circles, but the manner in which traditional Western powers try to slot them into a pre-existing global order leaves much to be desired.

While India and China are different in countless ways, and probably more competitive than they are cooperative, they do share some common ground. Both are cradles of flourishing civilisations with an ancient history, and both draw confidence from their respective pasts. Indians and Chinese are sovereignty conscious and patriotic, which boosts national cohesion. People in EU member states, on the other hand, have geared down to enjoy the benefits of industrialisation and social welfare systems. The current world order favours them. Many Europeans have an inherently handicapped perception of Indians and Chinese and a stubborn faith in the European model as an example of optimal multilateral governance.

The rapidly growing markets of India and especially China have provided European economies with a wealth of investment and export opportunities. Similarly, affordable labour-intensive goods from Chinese and Indian factories delight and benefit European consumers.

People are, however, becoming aware of the double-edged nature of globalisation. Losing jobs to Chinese labourers and a ballooning trade deficit is fuelling antipathy for China. An ever greater economic interdependence with China is posing the EU with a paradox between nurturing the growth of China but without making political or economic sacrifices at home. EU trade with India is on the rise but still far short of Chinese figures and overall generates less agitation.

Nonetheless China and India have a shared sense of being somewhat subjected by the West and are disinclined to conform fully to existing international institutions that do not respect their relative strength. They wield enough influence to obstruct global agendas initiated by the EU, who has begun to acknowledge the importance of institutional change in order to facilitate productive dialogue with China and India.

The EU’s limited Asian presence, contrary to the US, implies less strategic concerns and allows for greater flexibility in dealing with China and India, and it does maintain numerous institutional ties especially with the former. Both China and India are, at the end of the day, being pragmatic – they realise that change can only be brought about incrementally. They know they need advanced technology and investment from the EU and they do appreciate the necessity of rules. What those rules should be like, however, is expected to be the next political hot potato. This is particularly true with regard to the economic pressures set by environmental concerns on the one hand and severe poverty on the other.

India may be lagging behind China in economic growth and lacks the political clout that a permanent seat in the UN Security Council offers China. Nevertheless it sees itself as an equal with its northern neighbour and believes that being, unlike the People’s Republic of China, a liberal democratic state is the best way to secure sustainable growth.

Questions from the floor

To a query regarding whether current financial turmoil and steep inflation will have serious consequences on China and India, Professor Jain estimated any such impact will be felt predominantly by China, who is far more dependent on export than India.

India’s struggle for a greater role on the global stage will inevitably mean embracing greater international responsibilities. Debate in India, however, remains at the level of rhetoric and has not yet come as far as to discuss actual implications.

India’s growing military expenditures and arms modernisation can be understood in the context of its environment, which consists of failed or failing states with dubious military records. It also provides security around sea lanes for oil shipments and aids in crises like the great Southeast Asian tsunami of 2004. Furthermore, it aims to diversify its arsenal, which has hitherto been mostly Russian-made.

Indian and Chinese concerns for environmental damage are real but not necessarily acute. The countries continue to prioritise lifting people out of poverty. Denying farmers electricity for fears of CO2 emissions while Europeans can pursue motorist hobbies in the weekend simply does not hold in developing country politics. Besides, much of the pollution in India and especially China is caused by multinationals that have located their factories there.

The potential dangers of Hindu nationalism as well as other similar disruptive elements in Indian society have gained attention among academics in the west, but Professor Jain sees these as nothing that would seriously hamper India’s democratic process. The country has successfully integrated a plethora of diverse groups with different religions and languages. 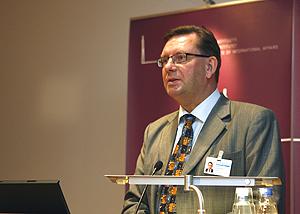 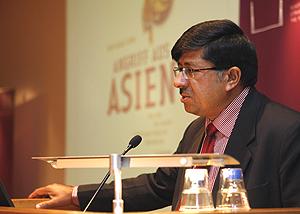 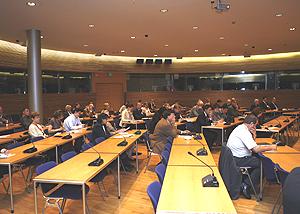