As the largest member state that joined the EU in 2004, Poland is considered pivotal to the politics of East-Central Europe. The country has been portrayed as a successful case of European integration thanks to its relatively stable economic growth during the last decade. However, this record is questioned by several issues, including social inequality, low salaries and the mass migration of the Polish youth in search of better living conditions. The presidential and parliamentary elections of 2015 have returned to power the right-wing Law and Justice Party. The new government is pursuing reforms that have been criticised for limiting media freedom and violating the constitution. The seminar will address the social and political circumstances that led to the current situation. What are the factors behind the recent developments in Polish politics? How have such developments affected Poland’s relationship with EU institutions and other member states? How will the new Polish government address the main internal and external challenges that currently confront the EU?
Speaker: Leszek Koczanowicz, Professor, SWPS University of Social Sciences and Humanities, Faculty in Wroclaw/ Helsinki Collegium for Advanced Studies
Comments: David Cadier, Visiting Senior Fellow, Finnish Institute of International Affairs
Chair: Marco Siddi, Senior Research Fellow, Finnish Institute of International Affairs
Summary of the seminar:

Dr Siddi took the floor first with brief opening remarks. He highlighted that Poland was the largest state to join the EU in 2004 and it has been seen as pivotal to Eastern and Central European politics. It is also the 6thbiggest EU member state in terms of population and the 8th biggest in terms of GDP. The recent developments in Poland therefore affect the EU and other member states. The aim of the seminar was therefore examining the consequences of recent developments and go beyond the simplistic narrative that has uncritically portrayed Poland as a ‘poster child’ of European integration.

Dr Koczanowicz started with a reminder of the latest parliamentary elections, held in October 2015, where the Law and Justice party won with 37 per cent of votes. The Civic Platform party,in power for the previous eight years, lost 15 % of its support. Dr Koczanowicz noted that it was not the defeat, but rather the scale of it, that was surprising. Other surprises in the elections were the emergence of new parties such as Kukiz15 and Modern as well as the failure of the left wing parties to obtain any seats in parliament. For the first time since 1989, there are no parties in the Polish parliament that would define themselves as leftist.

Dr Koczanowicz provided a brief overview of the history of Poland and of the existing dividing lines within society. The first of them is the attitude toward economic politics in the country. The so called shock therapy of the 1990s improved the economic performance of the country but at the cost of deep social problems. This was also an important factor contributing to the defeat of the Civic Platform. During the years 2007-2015, the governmental policies delivered constant economic growth, but little social security. There were serious problems with the health care system, unemployment, high emigration, and precarious work conditions, especially for the young. The considerable rise in the retirement age (from 65 to 67 years for men and from 60 years to 67 for women) was also a significant source of discontent. These reforms and the skyrocketing of badly paid, temporary and insecure jobs gave grounds to the argument that the party had turned Poland into a ”periphery”, which can be exploited by its neighbours due to the very low retribution of the labour force.

Other dividing lines concern attitudes to the communist past, identity politics and the competing values of conservatives and modernizers. In Poland, the communist past is both criticized and lustrated. Dr Koczanowicz argued that Polish national identity has been based on the romanticist narrative of martyrdom, and is now in a state of flux. One more division line exists between the conservatives, who would wish to preserve and nurture the ”unique” national identity at any cost, and the liberals, who are more keen on ‘Europeanising’ Polish identity.

Finally, Dr Koczanowicz explained how the new ruling party is situated along these dividing lines.  Law and Justice, according to him, wants to recover the idea of a national community, and not only ideologically, but also by emphasizing national solidarity in the economic sphere. Their aim is a democratic system that is limited by the values set by the party. Dr Koczanowicz saw the recent developments in the country as a consequence of a generation that has been exposed to extremely neoliberal and individualistic values in their private life on the one hand and to national-religious values in their communal life. What we see today is an attempt to re-create the national community along the lines of traditional Polish patriotism.

Dr Cadier questioned what the national community-making would mean for the EU and Polish foreign politics in general. He pointed out that Law and Justice has been Eurosceptic in their public statements, and that the party could be defined as populist. These aspects have, according to Dr Cadier, left external analysts confused: firstly, why did the pro-European Polish people vote for a Eurosceptic party, and secondly, why did they choose the populist alternative even in times of positive economic growth? Dr Cadier offered some explanations, such as the common tendency for people not to vote according to their foreign policy stances, as well as the poor working conditions of young people. He also pointed out that the Poles are generally very pro-European, but at the same time they are very resistant to perceived ”foreign influences” in their country. Dr Cadier highlighted that this phenomenon is not unique to Poland and is becoming more and more widespread in the whole EU. 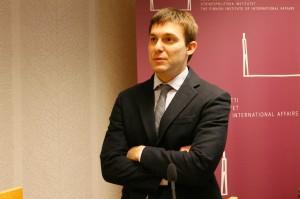 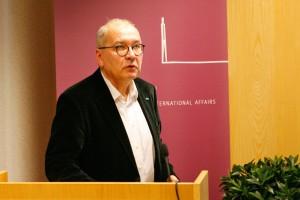 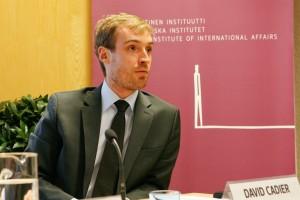 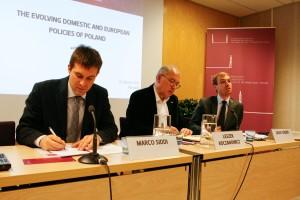