The global security environment has witnessed an increase in identity-based conflicts, in which the key dynamics of violence revolves around the collective and individual rights of minorities, mechanisms through which these rights can be mediated within a state, and arrangements through which their autonomy can be realised. The growing number of identity-related internationalised civil wars has generated an increasing demand for models of peace mediation, including the Åland Example. This seminar will present the results of the recent study conducted by the Åland Islands Peace Institute. The seminar will also examine the way in which the Åland Example and its components has been used in mediation mechanisms of the different Nordic countries and how its applicability can be further increased. The Nordic countries have a keen interest in exploring further their potential roles in international conflict resolution. Finland and the Ministry for Foreign Affairs adopted a mediation strategy in December 2011. What are the current priorities and issues as perceived by political leaders, diplomats and researchers in Finland and the Nordic region? What is the role of the Åland Example in these matters?

The seminar aimed to present the Åland example and examine its potential in peace mediation, as well as discuss the broader picture of Nordic peace mediation.

Chair of the Constitutional Law Committee and MP of Parliament of Finland, Mr. Johannes Koskinen, opened the seminar by stating that the Åland example is a result of decades worth of innovative legal and political development and that originally it had not been created as a tool for peace mediation. Yet, it has recently developed in that direction as it has raised international interest as a constructive tool in solving regional disputes and minority conflicts.

Britt Lundberg, Speaker of the Parliament of Åland, also made welcoming remarks by emphasizing the importance of racing awareness of and spreading information about the Åland example. Lundberg stated that it can be used as an example because in Åland the autonomy and demilitarization have been successful over 90 years and they function with pragmatism. The autonomy has evolved through constructive cooperation between Finland and Åland. Lundberg emphasized that Åland and Finland can offer this as an example to the international arena.

Dr. Sia Spiliopoulou Åkermark, Associate Professor and Director of the Åland Islands Peace Institute, spoke about how to use the Åland example in conflict resolution. She pointed out the importance of a long-term perspective when considering the case of Åland, as there is 90 years of institutionalized autonomy and 120 years of demilitarization. Also she noted that this year it is the 20th anniversary of the Åland Islands Peace Institute. Dr. Spiliopoulou Åkermark outlined the three main components of the Åland case; firstly, autonomy and legislation, secondly, demilitarization and neutralization and thirdly, cultural and language guarantees. Specific factors in the example are the well-developed Ålandic institutions and the constitutionally guaranteed powers, which cannot be changed through unilateral action. Efforts to set up similar arrangements could be applied in other conflict areas of the world. Spiliopoulou Åkermark concluded that it is important that the Åland example is used upon demand rather than being promoted as such in order for it to function well.

Ambassador Kai Eide, Ministry for Foreign Affairs of Norway, shared his vast experience with the UN in conflict-related regions and drew examples from Norwegian peace mediation. The most important thing, he reiterated, is to have a profound knowledge about and experience from the areas in dispute, in order to understand the complexities behind the conflict. As an example Ambassador Eide depicted Norwegian actions in the Israeli-Palestinian case, which is based on a longstanding relationship and knowledge of both parties. Eide highlighted that one model cannot be applied to all conflicts. There is no certain recipe or quick-fix to conflicts that we, as western peacemakers, could apply to conflict areas. According to Eide, the important feature of understanding the conflict and its complexities has been forgotten. Nowadays there is too much focus on military and security forces. He suggested that we should rather invest in civilian institutions. The problem is that the only regular and coordinated forum for talks about conflict resolution is the Nato-forum, especially in the Afghan case. The situation leads to an imbalance between the various components.

According to Eide, there are today over 40 identity-based conflicts in the world. All of these cannot be solved by creating a new state. Often ethnic compositions are territorially scattered, so there is a need for both territorial and non-territorial solutions. Eide said that he admires the Åland example, but that it is problematic to transfer it to a context with an ongoing armed conflict. Ambassador Eide concluded that we have to look for other ways of handling identities. We must find ways to cultivate those other parts of our identities and try gradually to replace the national identities with those that bring us together.

Dr. Kristine Höglund, Associate Professor of the Uppsala University’s Department of Peace and Conflict Research presented a more academic approach to Nordic peace mediation by drawing examples and analogies from the Norwegian mediation in Sri Lanka. According to her, a major complicating factor in conflicts is violence; it undermines trust and makes them more intractable. Höglund based her study on peace mediation on how this violence is managed and presented three approaches.

First is the conflict resolution approach, in which violence is seen as a political problem. In this approach, violence is managed through diplomacy and confidence-building measures, such as by using ceasefires and creating a climate of trust. This approach has been criticized for being too soft on those who use violence. According to Höglund, this approach was the one taken by Norway in Sri Lanka. Norway’s mediation effort in Sri Lanka was labeled “facilitation”. Its purpose was not to interfere with domestic affairs, but instead to give as much ownership over the peace process as possible to the primary parties in the conflict. In general, this has been the approach applied in Nordic mediation.

The second approach that Dr. Höglund presented was the “war on terror” paradigm. Here, violence is considered terroristic and as formulating a security problem. The violence is managed through criminalization and handled with coercive measures. Military tools are used to control this violence. This approach, said Höglund, is criticized for focusing too much on security, legitimacy and trust issues.

Third is the right-based approach. Here violence is considered as a human rights-problem. Management of violence is based on principles and treaties on human rights, which are non-negotiable basic rights. This approach is criticized of being too confrontational and political.

In her conclusion, Dr. Höglund emphasized how these approaches can appear simultaneously, due to the many actors that are often involved in peace processes. Such multiple approaches can be a challenge to mediation efforts.

Elisabeth Nauclér, Member of Parliament of Finland, representing the Åland Islands, provided comments to the previous speakers. Nauclér reminded that confidence in the Åland case is something that has been built up through the years and was not yet present in the beginning. An important feature in that is the division of powers between the Åland Islands and Helsinki. She also reminded that demilitarization at the time was used as a confidence building instrument and that Åland is said to be the first area in the world where demilitarization was used as such. According to Nauclér, another factor is that Sweden has always supported Åland’s rights, while not itself making any claims on the Åland Islands. When it comes to applying the Åland Example in peace mediation, Nauclér sees the case as inspiring; Åland has been fighting for its rights since 1921 but never with violence. The resolution of the Åland case has been labeled a minority resolution. Nauclér pointed out that Åland has benefited from it but in other conflict areas, like Balkans, no one wants to be the minority. For the Åland example to be successful in mediating conflicts, it is necessary that the majority is ready to promote a resolution. Nauclér concluded by stating that the minority is and should be a privilege that belongs to the majority.

The keynote speech was given my Foreign Minister Erkki Tuomioja on the role of mediation in the peaceful settlement of disputes. Tuomioja spoke about the important role given to mediation in the 2011-2015 Government Programme of Finland. In order to strengthen Finnish expertise and participation in the field, Finland has published an Action Plan for Mediation. It mentions a host of measures for increasing the effectiveness of mediation and Finnish aims , including cooperation among like-minded countries and organizations, institutionalization of mediation mechanisms, strengthening UN capacities and strengthening the role of women in peace processes.

According to Mr. Tuomioja, key to successful mediation is effective cooperation between the variety of actors in peacemaking processes. Finland has focused on strengthening international, regional and local structures needed for a successful outcome of mediation efforts. Finland firmly supports UN-activities in this field and Mr. Tuomioja also mentioned Nordic cooperation as one of the cornerstones of the new Action Plan. Tuomioja pointed out that if we can rely on cooperation, each actor can focus on their particular competences. Mediation processes require expertise in many areas and nobody can master all aspects of it.

Mr. Tuomioja highlighted the importance of the role of women in mediation processes and as one of Finland’s main priorities in this field. In accordance with the UN Security Council resolution 1325 concerning women, peace and security, this will be cross-cutting theme in Finland’s activities in this field, Tuomioja continued. Tuomioja sees it as positive that track II mediation mechanisms have provided women with more entry-points in engaging with the peace processes.

Mr. Tuomioja concluded his speech by referring to the Åland example. He said that it is one example of Nordic solutions in successful mediation efforts. Although it is not a model ready to be applied in general terms, it can serve as inspiration in conflict areas, Tuomioja continued. All conflict areas are different and unique, thus mediation processes need to be adapted carefully to each case. The important thing is to profoundly know the root causes that form the dynamic of the dispute. Tuomioja stated that Finland will do its utmost to improve cooperation in the field of international peace mediation. 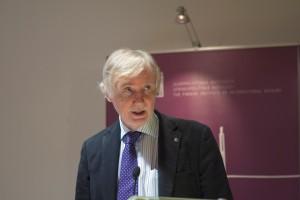 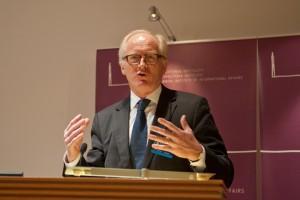 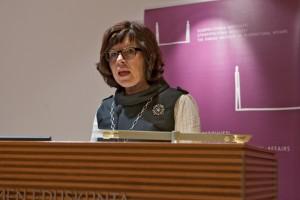 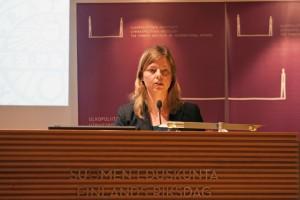 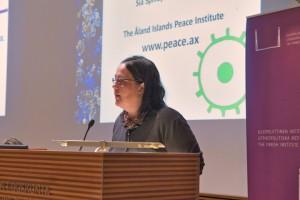 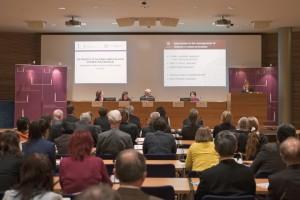 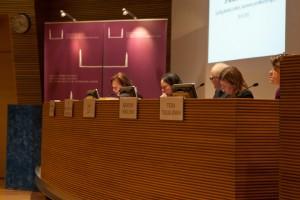 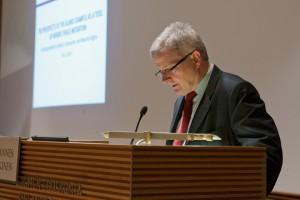