The end of the Cold War did not bring with it the end of history. Despite Russia’s brief retreat
from the world stage, the country has recently bounced back with vengeance. The Russo-
Georgian War, annexation of Crimea and mobilization in the Middle East have eroded Europe’s
post-Cold War security order. Russia’s more assertive presence is also reflected in its approach
to global governance. Russia uses multilateral institutions to further its objective of creating a
multipolar world with a more prominent role for itself. Moscow seeks to undermine the Western-led
international order by exploiting its divisions and by prioritizing state sovereignty over liberal
institutions and human rights. Russia is likely to chip away at the liberal, rules-based international
system and reshape the global order to better suit its interests.

How does Russia’s long-standing drive towards multi-polarity impact its approach to multilateral
international institutions, such as OSCE and the United Nations? How are Russia and China
shaping the agendas of multilateral institutions as the Western leadership falters? How does Russia
exert its influence in these organizations to limit the scope for Western action on key security or
humanitarian issues? What implications does Russia’s approach to global governance have for
Finland, Europe, and the trans-Atlantic Community? 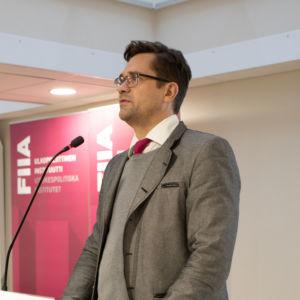 Mika Aaltola is the Director of the Finnish Institute of International Affairs (FIIA) and Editor-in-Chief of Ulkopolitiikka – the Finnish Journal of Foreign Affairs. Previously, Dr Aaltola worked as the Programme Director of the Global Security research programme at FIIA (2011-2019). His areas of expertise include US foreign and domestic policies as well as the international system and major-power relations. Aaltola is a professor (part-time) at the Tallinn University since 2012 and holds the rank of docent at the University of Tampere. He acted as visiting professor at the University of Minnesota (2006–2008) and as visiting fellow at Cambridge University in 1997. Aaltola has also been a visiting researcher at the Johns Hopkins School of Advanced International Studies (fall 2013) and at the CERI Sciences Po (fall 2010). He obtained his PhD in social sciences from the University of Tampere in 1999. 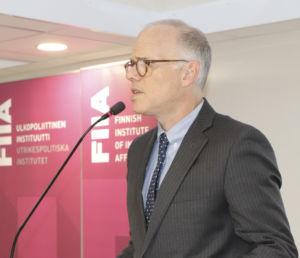 Andrew S. Weiss is the James Family Chair and vice president for studies at the Carnegie Endowment, where he oversees research in Washington and Moscow on Russia and Eurasia. Prior to joining Carnegie, he was director of the RAND Corporation’s Center for Russia and Eurasia and executive director of the RAND Business Leaders Forum. He previously served as director for Russian, Ukrainian, and Eurasian Affairs on the National Security Council staff, as a member of the State Department’s Policy Planning Staff, and as a policy assistant in the Office of the Under Secretary of Defense for Policy during the administrations of Presidents Bill Clinton and George H. W. Bush. 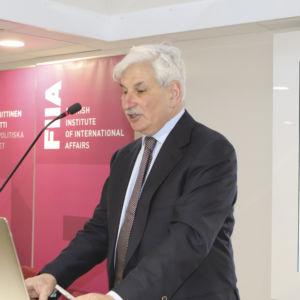 Philip Remler is a nonresident scholar at the Carnegie Endowment for International Peace. Prior to joining Carnegie, he served at the U.S. Department of State and the Organization for Security and Cooperation in Europe (OSCE). His overseas posts included Ankara, Baku, Chişinău, Grozny, Iraqi Kurdistan, Moscow, and Tbilisi. His career included an extended involvement with the conflicts in the former Soviet Union and in participating in OSCE- and UN-led efforts to mediate them, including the Abkhazia, Chechnya, Nagornyy Karabakh, South Ossetia, and Transdniestria conflicts. He also authored Chained to the Caucasus: Peacemaking in Karabakh, 1987-2012 (International Peace Institute, 2016). 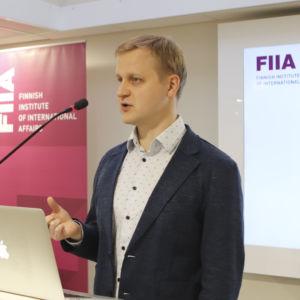 Maxim Samorukov is a fellow at the Carnegie Moscow Center and deputy editor of Carnegie.ru. Before joining Carnegie in 2015, Samorukov worked for the independent news website Slon.ru for five years. He started as a correspondent and then became an editor and international columnist, covering topics including Russian foreign policy, Central Eastern Europe and its relations with Russia, Balkans, and the challenges of transitioning to democracy. 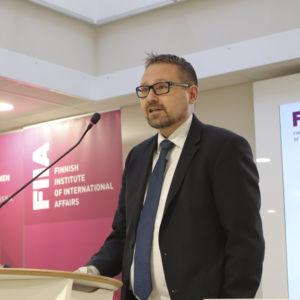 Hiski Haukkala is a Professor of International Relations, Tampere University, Finland. Until summer 2018 he was the Secretary General and Chief of the Cabinet at the Office of the President of the Republic of Finland and Foreign Policy Adviser to the President. Previously he has held positions at the Universities of Turku and Tampere, the Ministry for Foreign Affairs of Finland, the Finnish Institute of International Affairs as well as visiting positions in Wilson Center, College of Europe, EUISS, IISS and University of Stirling. He is the author of numerous books and articles on EU foreign policy, Russia and International Relations. 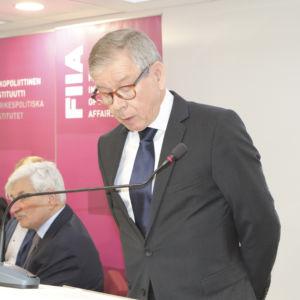 Hannu Kyröläinen, having served 2016-18 as Ambassador of Finland to Austria and Permanent Representative to UN Organizations in Vienna, is presently Senior Specialist on Security Policy at the Ministry for Foreign Affairs of Finland. His previous assignments have focused on security policy, global sustainable development and non-proliferation of weapons of mass destruction in the Middle East. He has also served, inter alia, as Ambassador in Prague, Director-General for Global Affairs and Deputy Political Director. 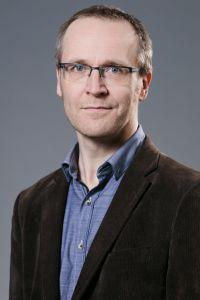