Protecting civilians during a conflict is an end in itself, but also a means of conflict resolution. Upholding the rule of law and ending impunity for violators of human rights are important preconditions for achieving sustainable peace.

While the situation in Darfur remains dire, efforts by the UN Development Programme (UNDP) and its local partners have demonstrated that it is possible to address longer-term issues while meeting people’s immediate survival needs.

Paralegals trained through the programme have been informing communities about their rights, providing basic legal services, and referring cases to lawyers. A number of perpetrators have been tried and convicted, which together with extensive awareness-raising among citizens and security forces can help restore the rule of law in Darfur.

This FIIA seminar aimed to provide insight to the situation in Darfur, but also to address the question of what can be done to protect civilians and uphold the rule of law during violent conflicts.

Yasmine Sherif started her speech by giving a general overview of the situation in Sudan; the peace agreement between the north and the south was signed in 2005, but another conflict broke out simultaneously in the western part of the country – Darfur. Currently there are 20 rebel groups fighting against the government and 2,5 million people have been displaced. Altogether the conflict affects 4 million people. Ms Sherif summarized this by stating that the situation has never been as bad as it is now.

In these circumstances the conflict is so all-pervasive that it is impossible to bring rationality to the situation. But law and justice remain vital to maintaining human dignity even during a conflict. Therefore, since 2004, the main emphasis of the UNDP in Darfur has been to improve the rule of law. This has been done in three main ways. Firstly, by disseminating information on basic human rights; secondly by establishing conflict centers at the camps in Darfur and, thirdly, by establishing networks of lawyers to take cases to court (currently 60 lawyers). Thus, the situation in Darfur has improved compared to four years ago, when a person did not have any legal rights to protect him/her e.g. in cases of atrocities.

Mahmoud Ali Abubakr started his presentation by describing his work in Darfur. He stated that the key issue is to teach the concept of human rights but within an everyday context. The concepts of dignity and equality are given emphasis. The challenge is to link these concepts to local customs, for example regarding women’s rights, children’s rights. For example during the last years forced marriages and circumcision of the girls have decreased greatly but there is still a need to train people to improve the situation. Another challenge is how to reach all the areas in such a wide country, including the most remote areas.

Pekka Haavisto began his commentary by considering the complexity of the situation in Darfur, with many different actors playing a role – making the conflict very multisided. He noted with concern the recent attempts by the JEM (Justice and Equality Movement) to widen the fighting beyond Darfur by attacking toward Khartoum. At the same time some of the rebel groups are stating that more serious negotiation efforts are needed and are willing to accept the UN as the lead agency. Mr. Haavisto pointed out that there are around five groups of rebels that one could have serious talks with on peace. His key message was that for the international community to be serious about peace talks, it must be totally unbiased and not to try and decide which group is likely to win, or which is most acceptable from Western political point of view.

In the questions and answers, the questions concerned the role of ICC in Darfur, child soldiers, rule of law in South Sudan and the empowerment of local actors. Mr. Haavisto stated that the EU and Western powers were in a particular dilemma in wanting to reward the Sudanese government for the North-South peace agreement and at the same time criticizing them for their role in continuing the conflict in Darfur. 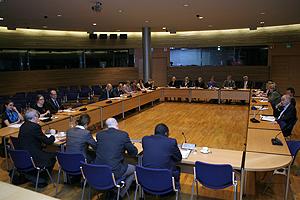 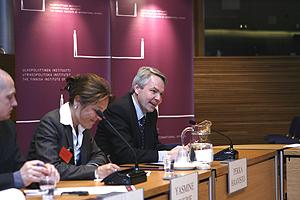 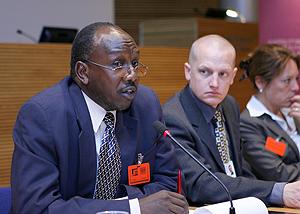 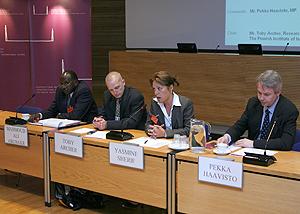 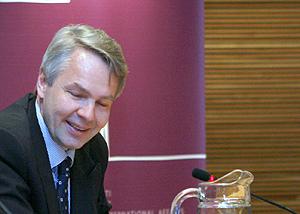