Framsida / Evenemang / The Spanish Labyrinth
Dela med andra
Dela med andra
Spanish politics is in flux. Besides of the two historically dominant players, the socialist party (PSOE) and the currently governing conservative party (PP) there are two new players on the fields that change the whole game: a centrist party Ciudadanos (Citizens), and a left wing party Podemos (We Can). Meanwhile in Catalonia the new regional parliament has made a resolution to start an independence project leading to a full separation of Catalonia from Spain. That brings further complexities to Spain and Catalonia, and it can easily polarize the political landscape. Hence the main topic of the December elections is Catalonia and its future.
The seminar is aimed for opening up the complicated political situation in Spain. How does the entrance of the new parties change the political dynamics in the country? What kind of coalition possibilities are there? Can the new government make much debated reforms to the constitution? What is the current situation in Catalonia? Why did the independence project surge right now? Can Catalonia really leave Spain and what consequences would it have?

The seminar was chaired by Teemu Sinkkonen, Senior Research Fellow, the Finnish Institute of International Affairs.

The director of the Finnish Institute of International Affairs (FIIA) Dr Teija Tiilikainen mentioned in her opening remarks the political party system’s transformation in Spain, from a two-party dominance to the appearance of new actors. What are the implications of these changes? Dr Tiilikainen also noted the upcoming parliamentary elections (20D), the political architecture in Spain and of course the Catalonian independence question and its aftermaths.

Professor José Ramón Montero held a comprehensive presentation about the Spanish democracy and the new political parties. Montero referred to the new game-changing party-political situation in Spain as the New Labyrinth. The statistics show that Spanish democracy is not thriving – quite the opposite actually. Ever since the economic crisis in 2008, every dimension of democracy has worsened. In 2013 Spain was the most polarized country compared to other European countries. Since the 1978 constitution, the main dimensions of polity has been challenged by social movements and new parties. There are huge demands to reform the bicameral parliament system, consisting of the congreso and the senado. The electoral system is very disproportional and favours the bigger parties’ political agenda. There is a demand to reform the electoral system, but this has been very difficult to execute since the PP has been governing. If one of the smaller parties were to be included in a coalition after the 20D elections, the small party could require a reformation of the electoral system so that it would favour smaller parties in the future.

Spain is a quasi-federal state that is challenged from the right and from the left of the political spectrum. In the 2011 elections there were four main actors: PSOE, IU, UPyD and the governing party PP. The other actors consisted of nationalist and regional parties. According to Montero, the biggest changes after the 2015 elections are going to include the switch of the seats. Right now, 90 % of the seats belong to the two biggest parties. The PP has majority in congress, senate and most regional governments. The PP’s institutional power is substantial, although Montero predicts it is going to disappear in the future.

The economic crises, unemployment rates, negative expectations and very low support for government are the conditions that are going to have an effect when voters make their decisions. Especially the dissatisfaction with democracy is enormous compared with other EU countries. This means lower support for the two biggest parties and explosive support for the newcomers. In Montero’s view the biggest parties are considered as ”losers” and the new parties as the winners. The battle for the new parties is going to be party institutionalisation. The percentage of undecided voters is still high, which means that electoral campaigns and party leaders will be relevant. Montero noted that the left-right political spectrum is extremely relevant, with Podemos, PSOE and IU on the left, Ciudadanos in the centre and PP on the right. Montero concluded with a future prognosis, consisting of party system changes – from a two-party system to a multiparty system and changes in the political elite. There will be a development from majoritarian to coalition politics involving more competitiveness, instability and polarization.

Galindo introduced his theme the Catalonian challenge with the fact that this question draws attention from around the world. He presented two ideas on why there is a demand for secessionism in Catalonia. The first hypothesis is that the question has erupted from a strong grassroots movement and the second that it is an elite project or a manipulation of the masses. The political actors around the secession question represent various groups.

Galindo stated that Catalan nationalism consists of three dimensions: self-government (equality), economics (territorial redistribution) and identity that is split into two inside Catalonia. The old secessionists consider identity to be a major reason for secession, whereas new secessionists want change and improvement. Both groups recognize economic self-management as an essential factor. According to Galindo, the secessionist process is in the hands of CDC (Democratic Convergence of Catalonia), but because of the corruption charges related to the party leader Artur Mas the party would have to change the leader. The future of CDC adds thus an unpredictable element to the secessionist question.

Galindo closed with a few remarks on the future challenges. The asymmetrical power distribution in Spain could be problematic. This will most likely be a question when it comes to Catalonia in comparison with the fiscal autonomy of the Basque country. If the same kind of autonomy were given to Catalonia, would the Basque country be demanding more autonomy? Also the Constitutional Court’s (CC) profile continues to be majoritarian because of its conservative members, even though they want to come across as anti-majoritarian. The CC voted unanimously on the decision to suspend Catalonia’s independence process. 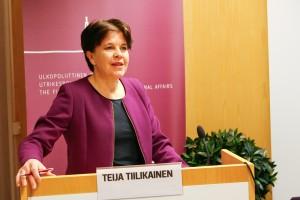 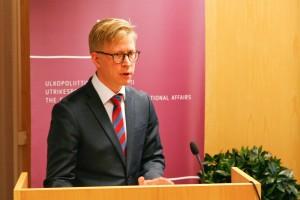 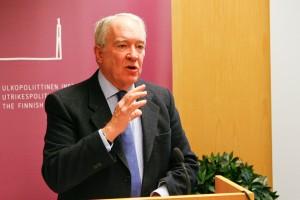 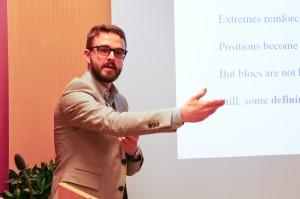