Framsida / Evenemang / The Take-off (and Landing) of Climate Policy in...
Dela med andra
Dela med andra
International aviation has for long been a challenging sector for climate policies. The industry is expecting passenger numbers to double to 7 billion by 2034, and rising aircraft pollution must be curbed to achieve the Paris Agreement’s long-term climate change goals. Even though new technologies and management techniques have led to considerable improvements in fuel efficiency, the overall contribution of aviation to climate change is still expected to increase significantly. Under the UN climate change regime, countries have only been able to agree on reporting guidelines for aviation emissions. Designing a mechanism to address the emissions was left to members of the International Civil Aviation Organization (ICAO). After many years of slow progress, the ICAO meeting in Montreal in October 2016 delivered a historic agreement on a new global market-based measure. Can aviation now claim its own ‘Paris moment’? And how does the outcome fit in the broader landscape of international climate policy?
Speakers:
Implications of the ICAO agreement and other key drivers
Michael Gill, Director, Aviation Environment, International Air Transport Association  (IATA), Executive Director, Air Transport Action Group  (ATAG)
Aviation and the Post-Paris climate policy landscape
Harro van Asselt, Professor, University of Eastern Finland, Senior Research Fellow, Stockholm Environment Institute
Chair:
Antto Vihma, Senior Research Fellow, the Finnish Institute of International Affairs

The seminar was chaired by Senior Research Fellow Antto Vihma, who opened the event and presented the speakers.

IATA’s Director of Aviation Environment Michael Gill called the October 2016 ICAO agreement historic and placed it in the broader context of the aviation sector’s attempts to address its impact on the climate. In 2009, the aviation sector adopted three goals and a four-pillar strategy to reduce its CO2 impact. The goals are to improve fuel efficiency, to be carbon neutral from 2020 onwards, and by 2050, to halve CO2 emissions compared with 2005 levels, Mr Gill explained. The first of the four pillars is based on new aircraft and new engine types. The second is related to more efficient operations. The third pillar is a better use of infrastructure which would allow flying more direct routes. The fourth pillar is the use of economic regulation through a global market-based measure, which is the focus of the ICAO agreement.

The market-based measure is aimed at the second goal of keeping CO2 emissions at 2020 levels. In addition to reductions achieved by improving operations and infrastructure, the aviation sector has to pay for its post-2020 growth in emissions. While the ICAO agreement and the Paris Agreement are separate legally speaking, Paris was an important political driver for the ICAO negotiations, Mr Gill noted. The UN Climate Conference left international transport emissions out of its agreement, and ICAO was deemed the proper forum to deal with aviation emissions.

Mr Gill then discussed in more detail the new Carbon Offsetting and Reduction Scheme for International Aviation (CORSIA) that the ICAO Assembly decided to adopt in October 2016. The industry played an important role in bringing about the measure, which it proposed already in 2009 in its climate strategy. The scope of CORSIA is international, since domestic flights fall under the Paris Agreement. The offsetting scheme does not apply to all states from the beginning but comes to effect in stages as a compromise between developing and developed states. Industry support for regulation is unusual, but aviation has taken a proactive approach to meet the climate goals. The industry also prefers a single global measure instead of a patchwork of national or regional measures. Other MBM options would have been a global levy or a global emissions trading scheme, but a global offsetting scheme was considered more cost-effective, simpler and less politically charged, while still providing environmental integrity.

The first part of CORSIA until 2026 will function on a voluntary basis. From 2027, the scheme is mandatory and applies to all states, except least developed states, small island states, and states with very little aviation activity. Sixty-six states have already volunteered, including most of the leading aviation states except Russia and India. Even some of the least developed countries have indicated they will join the mechanism even if they could have been exempted.

According to ICAO estimates, CORSIA will offset 2.5 billion tonnes of CO2 between 2021 and 2035 (80% of the growth of emissions above 2020 levels). The scheme applies to more than 90% of international flights to and from Europe. IATA has predicted that the cost of compliance will be less than 10% of an average airline’s fuel cost. This is a significant cost but the industry considers it manageable. Each carrier reports its emissions annually to a national authority. Offsetting criteria will be adopted later this year. Mr Gill concluded by saying that the aviation sector is committed to climate action, and CORSIA will help the industry to meet its targets and grow in a sustainable way.

Harro van Asselt focused on the question of how the outcome of the ICAO agreement fits in the broader landscape of post-Paris climate policy. However, he first expressed some of his own non-expert opinions on the deal. He pointed out that CORSIA is not in line with the goal of keeping temperatures well below 2 degrees Celsius, because it focuses on emissions growth and does not cover existing emissions. It is important to link actions in the sector to the Paris Agreement’s global goals, he argued. Professor van Asselt was also concerned about the environmental integrity and quality of offsets. Under the Kyoto Protocol, the Clean Development Mechanism created low-quality offsets that depressed the carbon price. For CORSIA, independent standards are needed to ensure that every offset that is used represents at least one tonne of CO2 emission reductions. It is easy to criticize the agreement reached at ICAO, yet we cannot ignore the achievement of reaching a global market-based mechanism, according to van Asselt. Moreover, the fact that CORSIA addresses emissions growth is important.

Professor van Asselt connected the question of addressing aviation emissions to three trends related to the post-Paris landscape. First of these is the contested nature of ”going it alone” on climate action. A backlash followed when the EU included international flights in its emissions trading system, and the measure was halted. Different levels of climate action between countries will continue to produce calls for unilateral action. The European Parliament will soon discuss extending the EU ETS to shipping, and NGOs have suggested retaining the ETS for aviation instead of CORSIA. European stakeholders will want to ensure that the EU is not put at a disadvantage because of Trump’s policies.

The second trend is the new, more subtle approach to the differentiation of responsibilities. The Paris Agreement already departed from the dichotomy of developed vs developing countries. The ICAO Resolution goes further. It offers initially a voluntary opt-in, and 66 countries have already indicated their willingness to join. However, some key countries are still missing. For its second phase, the Resolution allows exceptions for least-developed and land-locked developing countries as well as small island states and states with little aviation activity. Differentiation will also be used in the distribution of offsetting requirements between airlines in one country based on their growth rates.

The third trend is the increasing relevance of non-state actors, whose commitments sometimes go beyond those of states. Their actions could help bridge the so-called emissions gap, which is necessary to stay well below 2 degrees Celsius, and they can pave the way for intergovernmental agreements. 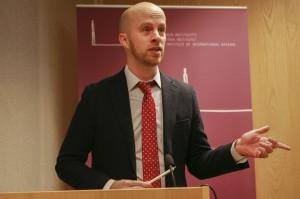 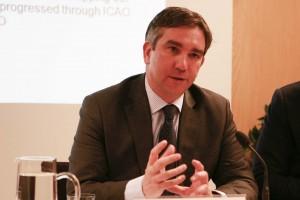 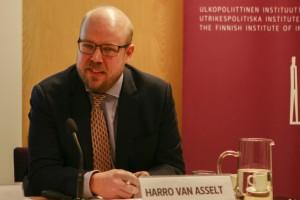