In the seven years since Russia’s annexation of Crimea and armed intervention in Eastern Ukraine, NATO, individual Allies, and Partners (such as Finland and Sweden) have taken important steps to strengthen their deterrence and defense postures. Further adaptation, within and outside the Alliance framework, will be needed to meet evolving military and non-military challenges in and beyond the European theater. However, formulating a coherent Western response — never an easy task– will be complicated by competing priorities and different threat assessments among some Allies and Partners, as well as the resource constraints likely to be tightened by the ongoing COVID-19 pandemic.

The fifth episode of ”Transatlantic Currents” will explore the military and political-military challenges confronting NATO and key Partners over the next several years, with a particular emphasis on the role of U.S. military forces and decisions on their funding, capabilities, and global posture facing the new Biden Administration.

Charly Salonius-Pasternak is a Leading Researcher at the Finnish Institute of International Affairs and leads the work of the Center on US Politics and Power (CUSPP). His work at FIIA focuses on international security issues, especially Nordic and transatlantic security (including NATO), as well as U.S. foreign and defence policy. Recently he has focused on Finnish-Swedish defence cooperation and the evolution of US and NATO alliance reassurance approaches in light of the changed regional security situation. In 2017, he was a visiting research fellow at the Changing Character of War programme at Pembroke College (Oxford University), where he studied the hybridization of warfare and the impact of the Information Age on the character of war. 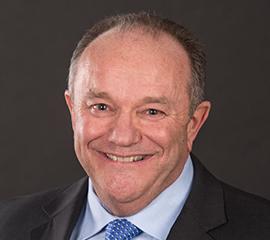 General Breedlove currently serves on the Georgia Tech Advisory Board, as a Distinguished Professor in the Sam Nunn School of International Affairs at Georgia Tech, as CEO of Emerald Coast Strategic Solutions and is on the Board of Directors of the Atlantic Council. He earned his Bachelor of Civil Engineering degree from the Georgia Institute of Technology, a Master of Science in Aerospace Technology from Arizona State University, A Master of
International Security Affairs from the National War College and is a Seminar XXI Fellow from MIT. 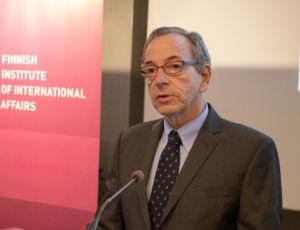