H.E. Mr. Badr bin Hamad bin Hamoud Al-Busaidi, Secretary-General of the Ministry of Foreign Affairs of Oman gave a short introduction to the topic. After this there were 45 minutes for questions and discussion. In addition to dialogue among civilizations, wider regional developments were discussed during the event.

H.E. Mr Al-Busaidi acts as Deputy to the Minister responsible for Foreign Affairs of Oman. Formerly Under-Secretary of the Ministry of Foreign Affairs, he was appointed by Royal Decree to the position of Secretary-General with the rank of Minister in July 2007. 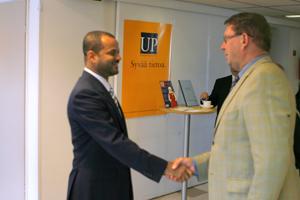 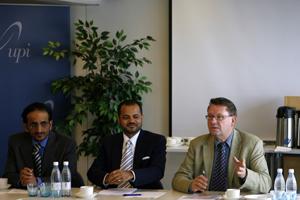 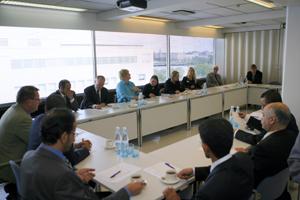 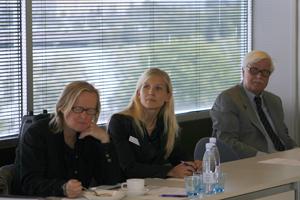