Cooperation between France and Germany is often seen as one of the pillars of European integration. Recent
years of several severe European crises, as well as Brexit, have further underlined the importance of this
relationship. Compromises between Paris and Berlin have been important in tackling the crises and reforming the EU. High hopes (and some fears) about the strengthening of this relationship after the French presidential and German federal elections in 2017 have not, however, fully materialized, partly due to domestic political developments in Germany and France. How strong is the current Franco-German relationship? What kind of compromises might emerge in light of the EU reforms? 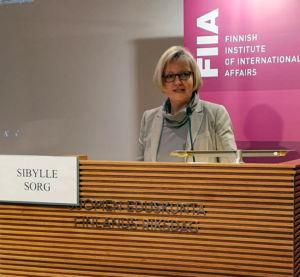 Sibylle Sorg is Ambassador, and Director for Relations with European Union Member
States, Cross-Border and Regional Cooperation at the Federal Foreign Office of Germany.
Previously, she has been Deputy Chief of Staff and Deputy Head of Minister’s Office for
Foreign Minister Frank-Walter Steinmeier (2014-2017), Head of Political Department at
the German Embassy in London (2011-2014), and Deputy Head of Middle East Division at
the Federal Foreign Office in Berlin (2007-2011). She has also served as Head of Cultural
Department at the German Embassy in Tel Aviv (2004-2007), as Deputy Consul General at
the German Consulate General in Sydney (2001-2004), and as Spokesperson for Minister
Joschka Fischer on EU and Western Europe (1999-2000). Ms Sorg holds an M.A. degree
in History, Political Sciences and Journalism from Justus-Liebig-University Giessen. 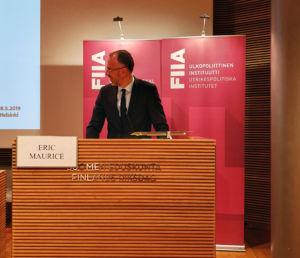 Eric Maurice joined the Robert Schuman Foundation, a French think-tank on EU affairs, in 2018 after a career in journalism. He was editor in chief of the Brussels-based website EUobserver from 2015 to 2018. He was previously editor in chief of the multilingual pan-European news website Presseurop, from 2009 to 2014. He started his career at the French weekly magazine Courrier international, first at the France and North America desk, then as head of the Western Europe desk. He holds a master of Contemporary History of International Relations from the Paris Panthéon-Sorbonne University and graduated from the Paris Ecole Supérieure de Journalisme. He is also an alumni from the Executive Course in European Studies of France’s Ecole Nationale d’Administration. He has published two studies for the Schuman Foundation: “Brexit, lessons in negotiations for the European Union” and “Review of the 8th Legislature of the European Parliament”.