It has become commonplace to argue that the world has entered an era of great-power competition after a brief post-Cold War interregnum. The United States and China, as the two most powerful states in the system, are at the epicentre of this contest. The evolution of this most vital international relationship in various contexts – whether security matters, trade or cyber – will also have profound implications for the future of the global order. The first panel of the 6th Annual Helsinki Summer Session explores the current state and future prospects of US-China relations. What are the most important areas of confluence and conflict between the two powers? How can the potential for further deterioration in the relationship be mitigated in the short- and longer term? To what extent is responsible great-power competition possible, and what would be its central parameters? 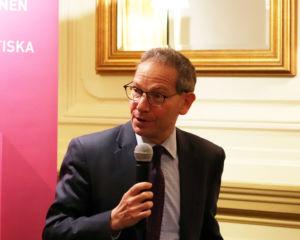 Charles A. Kupchan is Professor of International Affairs in the School of Foreign Service and Government Department at Georgetown University, and Senior Fellow at the Council on Foreign Relations. From 2014 to 2017, Kupchan served as Special Assistant to the President and Senior Director for European Affairs on the National Security Council in the Obama White House. He was also Director for European Affairs on the National Security Council during the first Clinton administration. His most recent books are No One’s World: The West, the Rising Rest, and the Coming Global Turn (2012), and How Enemies Become Friends: The Sources of Stable Peace (2010). In 2020, he will publish Isolationism: A History of America’s Effort to Shield Itself from the World. 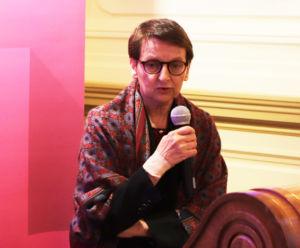 Valérie Niquet, Head of the Asia Department at Fondation pour la recherche stratégique and former Director of Asia Center at Ifri (French Institute of International relations) works on strategic issues in Asia and the interaction between economic development, political transformation and security policy in China. Her last publications include “Chine-Japon : l’affrontement” (in French). She is associate fellow to the JIIA and teaches a course on Sino-Japanese Relations in Perspective at Keio University. 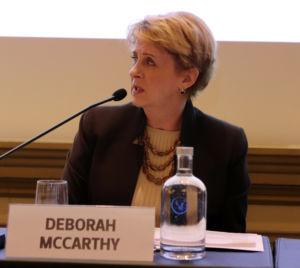 Deborah A. McCarthy is an expert on U.S. foreign and national security policy with over 30 years of diplomatic experience. Currently, she is a consultant with the Transnational Security Group and the producer of the national security podcast “The General and the Ambassador” (https://www.generalambassadorpodcast.org). She served as the U.S. Ambassador to Lithuania from 2013 to 2016. Previously, she was the Principal Deputy Assistant Secretary of State for Economic and Business Affairs. Ms McCarthy also served as Deputy Ambassador at the U.S. Embassy in Greece and the U.S. Embassy in Nicaragua. In Washington, she was the Deputy Assistant Secretary for Narcotics and Law Enforcement, the Senior Advisor for Counter Terrorism and the Special Coordinator for Venezuela. Other diplomatic postings include: Consul General Montreal, Economic Counselor U.S. Embassy Paris, Financial Economist U.S. Embassy Rome and assignments in the Dominican Republic and Haiti. 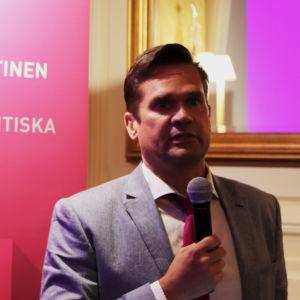 Mika Aaltola is the Programme Director of the Global Security research programme at the Finnish Institute of International Affairs. His areas of expertise are US foreign and domestic policies as well as the international system and major-power relations. Dr Aaltola is a visiting professor at the Tallinn University since 2011 and he holds the rank of docent from the University of Tampere. He has been a visiting researcher at the Johns Hopkins School of Advanced International Studies (fall 2013) and at the CERI Sciences Po (fall 2011). He obtained his PhD in social sciences from the University of Tampere in 1999.