Under President Donald Trump, American foreign and security policy has differed substantially from previous administrations. Some observers believe the policy will by and large remain unaltered if Trump wins a second term, whereas others predict he will change tack if he no longer has to think about re-election. A Joe Biden presidency, on the other hand, would likely bring back some familiar elements from the pre-Trump era. Nevertheless, a Biden administration would be conducting foreign and security policy in an entirely different global landscape than any of Trump’s predecessors, facing new challenges such as the global pandemic and the rivalry with China. What would American foreign and security policy look like during Trump’s second term or Biden’s first? How would their approaches differ and what similarities might there be?

This webinar is also the launch of Transatlantic Currents – a FIIA webinar series.

Transatlantic Currents is a monthly webinar series hosted by FIIA featuring American experts of political science and international relations. The series will cover a wide array of timely topics from foreign policy to domestic issues. The webinars will be hosted by Ambassador Deborah McCarthy or Senior Research Fellow Leo Michel from the Institute for National Strategic Studies. 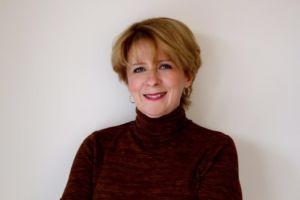