The rebalance of U.S. security efforts away from Europe was, when announced a few years ago, seen as a blessing by some and by others as a grave threat to European security. The robust American response to reassure NATO members in light of the Russian attack on Ukraine has reduced the concerns about American withdrawal from Europe. An increased U.S. presence and interest in the Nordic-Baltic region is now assumed to be the new normal by some. Many in Washington, however, still see China and ISIS (or a regional Sunni-Shiite war) as considerably more dangerous to U.S. interests than a revisionist Russia. Will the U.S. be able to balance between these differing security demands, while simultaneously reassuring allies in Europe, the Middle East and Asia?

Speaker: David Gompert, Distinguished Visiting Professor, the United States Naval Academy
David C. Gompert is currently Distinguished Visiting Professor at the United States Naval Academy, Senior Fellow of the RAND Corporation, and member of several boards of directors. Mr. Gompert was Principal Deputy Director of National Intelligence from 2009 to 2010. During 2010, he served as Acting Director of National Intelligence, in which capacity he provided strategic oversight of the U.S. Intelligence Community and acted as the President’s chief intelligence advisor. Prior to serving as Principal Deputy Director of National Intelligence, Mr. Gompert was a Senior Fellow at the RAND Corporation, from 2004 to 2009. Before that he was Distinguished Research Professor at the Center for Technology and National Security Policy, National Defense University. From 2003 to 2004, Mr. Gompert served as the Senior Advisor for National Security and Defense, Coalition Provisional Authority, Iraq. He has been on the faculty of the RAND Pardee Graduate School, the United States Naval Academy, the National Defense University, and Virginia Commonwealth University. Mr. Gompert served as President of RAND Europe from 2000 to 2003, after having served as Vice President of RAND and Director of the National Defense Research Institute from 1993 to 2000. He has held a number of positions at the State Department. Mr. Gompert has also published extensively on international affairs, national security, and information technology.
Comments: Michael Haltzel, Visiting Senior Fellow, the Finnish Institute of International Affairs
Chair: Mika Aaltola, Programme Director, the Finnish Institute of International Affairs
For further information, please contact: Marie-Louise Hindsberg, tel. +358 9 432 7712, marie-louise.hindsberg@fiia.fi 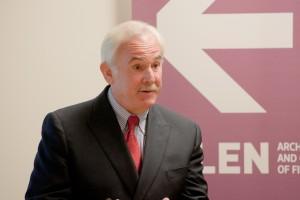 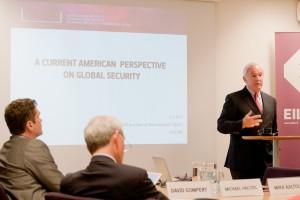 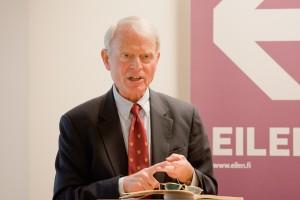 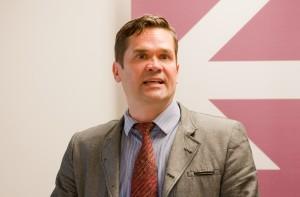