On the 29th February 2008, the Finnish Institute of International Affairs had the honour of having Dr. Rangin Dadfur Spanta, the Afghan Minister for Foreign Affairs, give the keynote speech at the seminar on Afghanistan. After Dr. Spanta’s speech, further comments were made by Dr. Erkki Tuomioja MP, and Mr Christian Jokinen, a Finnish expert on Afghanistan from Turku University.

Dr. Spanta wanted particularly to stress that whilst all is not perfect in Afghanistan, it has to be remembered just how bad a state it was in as a country before 2001. He argues that democracy, constitutional law, and an increasing availability of healthcare and education for all Afghans put the country in an infinitely better situation than it was seven years ago. Nevertheless, the international forces remain crucial for the country’s continued stability and the Afghan government is truly grateful to all the contributing states. He hopes that Europeans do not forget that terrorism in Afghanistan has led to terrorism in the USA and Europe, and will not loose faith in the stabilization mission.

Dr. Tuomioja commented on why Finland is in Afghanistan – saying Finland wants to keep the peace and help rebuild the country. He said Finland is not there to wage war, regardless of the fact that the country supported the UN resolution authorizing the mission to Afghanistan as justifiable and necessary. He said that if the Taliban were to come back to power this would not be an international threat. However, it would be a tragedy for the Afghan people. He does not believe in the argument that NATO must not be allowed to fail, Finland is not in Afghanistan for reasons of NATO solidarity, and that argument is in danger of saying that success in Afghanistan should be for “organizational honour” rather than for other reason. Rather Dr. Tuomioja believes that the UN’s role should be bolstered.

Mr. Jokinen argued that the Taliban is learning from the Iraqi insurgency, not only in regard to tactics but also in regard to strategy. They realize that they can not defeat a superior military force, and are resorting to terrorism against civilians instead. He also argued that there are not enough foreign forces in the country, which leads the commanders to rely overly on using close air support. This bombing is leading to unnecessary civilian casualties, particularly as Taliban forces are willing to hide amongst civilians. Thus the bombings are causing ill feeling towards the foreign forces in some areas. Mr. Jokinen wanted to see more Afghan ownership of development projects and believes that the ISAF forces need more expertise, especially civilian, to help them understand the local cultural context. Ultimately he argued that Afghanistan is important globally, as moderate Muslims around the world are watching to see if the West will stand with them against extremist Islamism, or whether it will abandon the Afghans to their fate. 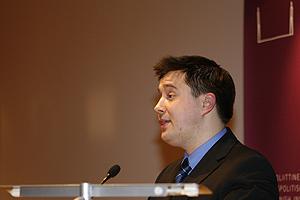 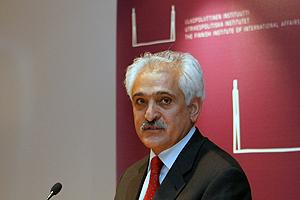 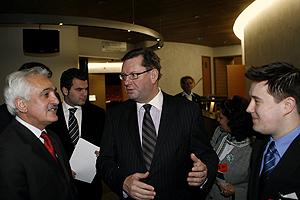 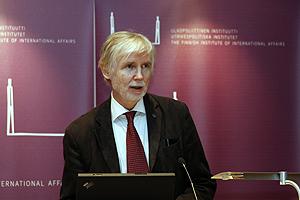